Sonam Kapoor cheered on by father Anil Kapoor and boyfriend Anand Ahuja at the 64th National Awards is a sight to behold!

Sonam Kapoor, who received special mention for her spectacular performance in Neerja, was called on stage to take home the trophy. So while she stood next to the President of India, receiving the special mention for Neerja, boyfriend Anand Ahuja and papa Anil Kapoor were cheering on in the background. You can tell from the pics how they beamed with pride! Well, it is a matter of honour to be appreciated by the National Awards. As Sonam gracefully accepted and posed with her acclaim, Anand was clapping and cheering for his bae. We managed to get our hands on the pictures from the National Awards where the actress along with the two important men in her life, posed for the paparazzi. Also Read - K Vishwanath conferred with Dadasaheb Phalke Award, PM Modi calls him an outstanding filmmaker

Wearing a gorgeous Anamika Khanna number, Sonam looked her best for the big evening. To match up with her fashion sense, even Anand looked pretty dapper. Well, we gotta admit, they looked adorable at the event as a couple! In fact, Sonam was ecstatic and we got pictures to prove the same. As the diva flashed her million dollar smile for the paparazzi, her boyfriend Anand also didn't shy away and sported a BIG smile. Damn, quite a catch there Miss Fashionista! From the pics itself you can tell just how proud and happy Anand is for his bae as he shared the joyous day with her and papa Anil. Check out all the pics below. Also Read - I DON'T lobby for awards, Sonam Kapoor accepts the National Award but not without taking a SLY DIG

Clearly cannot contain my excitement! Surrounded by cameras but a father always turns photographer in these moments! Congratulations @sonamkapoor !! So proud!! #nationalfilmawards 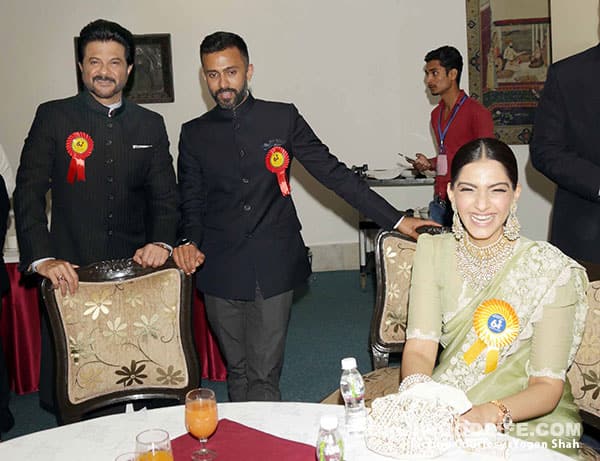 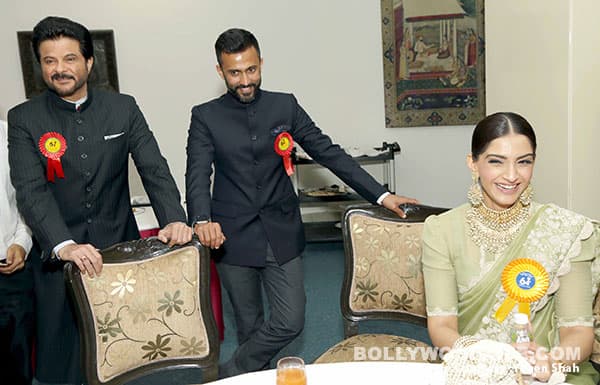 In the pics, you can also see the proud father, Anil, standing tall, right next to his daughter's boyfriend. It surely is a cool frame, don't you think? For quite a while now, Sonam and Anand have been in a relationship. We hear that the duo are set to take their relationship to the next level. But neither of the parties have divulged on it yet. We are immensely happy for the two of them! What about you, BollywoodLifers? Tell us in the comments box below. Stay tuned to this space for hot scoop and latest updates.