Sonam Kapoor STUNNED fashionistas with this pristine white creation from the house of Ralph & Russo but guess what, someone had lit up the French Riviera in a similar outfit! Check pics

Sonam turned into a pristine white Princess in Ralph & Russo creation, but her gown is not one of it's kind!

Sonam Kapoor STUNNED us with her second Cannes appearance of this year with a white Ralph & Russo gown with a dramatic train and cut out sleeves. She completed her look with jewellery from Chopard with kohl eyes with a hint of shimmer and nude lips! She NAILED this look with practiced aplomb of a seasoned fashionista and left us begging for more. Also Read - 22 years of Hum Dil De Chuke Sanam: Here are 5 unknown facts about the Salman Khan-Aishwarya Rai-Ajay Devgn starrer that will BLOW YOUR MIND 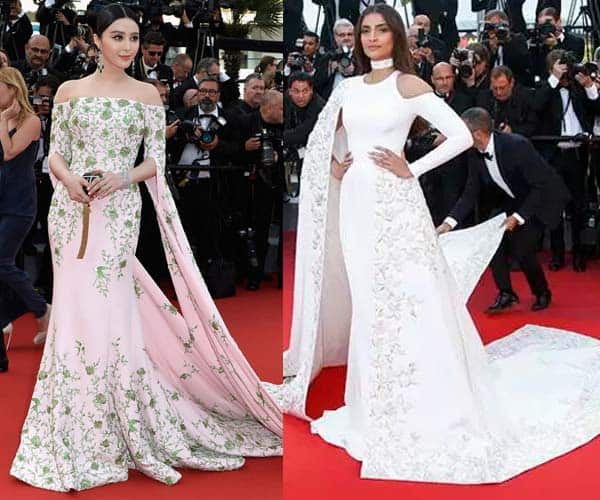 Though we love, love, love this Spring - Summer collector's piece from the house of Ralph and Russo, we can't help but observe that Sonam's Chinese counterpart Fan Bingbing had worn an ensemble similar to the Neerja actress by the same label in Cannes 2015 ! Now, while Sonam's gown was pristine white with delicate silver embroidery complete with crystals and beads, Fan's baby pink creation accentuated Chinese motifs in green! Fan's gown had an off shouldered neck will full sleeves and a train attached to it. Sonam gave a more dramatic twist to the creation. She chose cut out sleeves and wore an additional train attached to her waist! Also Read - Aishwarya Rai, Kangana Ranaut and more — 5 Bollywood actresses and their smashing Kollywood comebacks 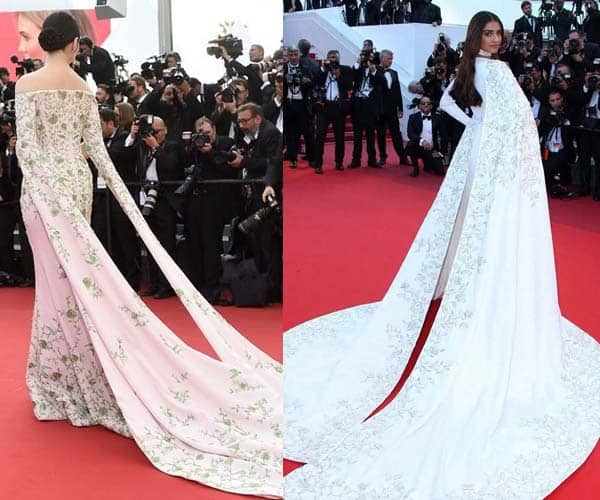 Incidentally, both these style divas chose Chopard jewellery and looked elegant in it. Look at both these pictures and tell us who wore this creation better. While we think both lit up the French Riviera in this wonderful, princess-like creation,you tell us which one do you dig the most.