On Saturday, Sonu Sood grabbed the headlines as the reports surfaced that he has bought a Rs 3 crore swanky car for his son Ishaan on the occasion of Father's Day.

A few days back, on the occasion of Father's Day, we saw Sonu Sood in a brand new luxurious car with son Ishaan, which triggered the news that the Dabangg actor has bought it for son to celebrate the special day. Now, the actor has reacted to this news and denied it say it was just for trial and he didn't purchased that SUV. Talking to SpotBoye, Sonu said, "There is no truth to this . I haven’t bought a car for my son. The car was brought to our home for a trial. We went on a test run. But that’s it. We didn’t buy the car.” Continuing further, the actor said, “Why would I give my son a car on Father’s Day? Shouldn’t he be giving me something? After all, it's my day!” Also Read - From Shah Rukh Khan to Shilpa Shetty Kundra: 8 Bollywood actors who have successful side businesses 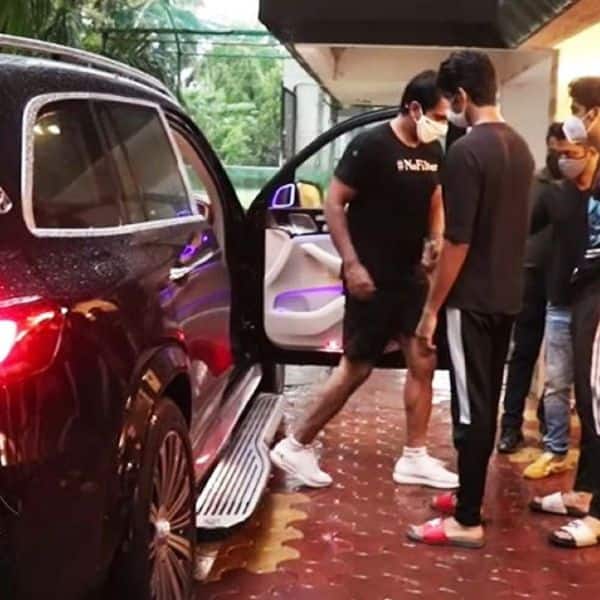 The actor added, "Jokes aside, the best Father's Day gift my two sons can give me is to spend the day with me. I hardly have any time for them. Now that they’re growing up, they have their own life. So spending the day together is a luxury that I think I’ve earned myself.” Also Read - Shah Rukh Khan, Salman Khan, Akshay Kumar should be thankful to God; their era is ending: Priyadarshan

Reacting to public comments, Sonu Sood asserted, "I think 90 percent of the comments below the reports were favourable. They said, if I had purchased a car it’s about time I did something for myself and my family. This positivity and unquestioning love that I’ve got during these months when I have reached out to people with a helping hand, are the best gift I’ve received in my life. No matter how much the skeptics try to influence public opinion against me, my good work won’t be doubted by my well-wishers out there".

On the professional front, the actor will be next seen in Chiranjeevi's Acharya followed by Akshay Kumar's Prithviraj.