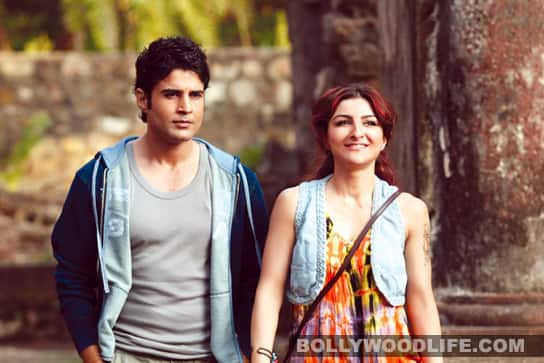 Hear this. DJ Raunak loses his hearing ability and gets to hear the voice of his conscience. Great premise for an onscreen human drama? Debutant director Neerav Ghosh, with incredible support from his leading man Rajeev Khandelwal, creates an engrossing defence of anti-hedonism. Excessive self-indulgence is dumb. It can also make you deaf. So says the film's well-crafted screenplay. The message is driven home with a refreshing absence of self importance. Also Read - Trending OTT News Today: The Gone Game season 2 trailer, Richa Chadha trains in Kathak for Heeramandi and more

A lot of the film's drama, if not all, is derived from Canadian film It's All Gone Pete Tong released six years ago. That film's inspirational thrusts are transferred with fluency and virility into Ghosh's art attack on the wages of excessive pleasure-pursuit. Paul Kaye, who had played the lead in the original film, had delivered a pitch-perfect loss-of-hearing gain-of-soul performance. Khandelwal goes beyond the exigencies of his character in search of his lost character's tortured soul. In the sequences where he comes to terms with his deafness, the actor brings to his face and physique the unmitigated anguish of a man watching himself topple over the edge. It's a brilliant performance, by far the best male performance this year. Whether it's the body language of a wild DJ partying the nights away in a haze of alcohol, or sharing those tender moments with Soha Ali Khan (cute, gentle, sensitive and effective), Khandelwal's face maps out the character's tormented flight into terrifying stillness. Playing a man who watches his life spin out of control, the performance could have easily toppled over the edge. It holds. Also Read - Rajkumar Hirani, Rohit Shetty, Manmohan Desai and more Bollywood Directors with the best hit ratios at the box office

The narrative moves in three predictable but pulsating sections. Raunak's descent into a hedonistic hell, his shattering deafness and, best of all, the redemption that he finds through a haze of self-loathing as he takes flight into a world of idyllic love (a touch of Guru Dutt's Pyaasa in the end when Raunak simply vanishes from the world of ruthless self interest) - for a first-time director, Ghosh displays remarkable control over his scattered material on his shattered protagonist.

Admittedly the storytelling device (well-known real-life DJs and VJs are roped in to talk about 'Raunak') is borrowed from the Canadian film. But what the hell! Nothing in life is original. Not heaven, not hell. Not pleasure, not pain, and certainly not art.

The absence of over-sentimentality and the self-mocking humour applied to Raunak's predicament imbue a wealth of mellow maturity to the storytelling. Yup, Soundtrack gets it right. In telling the story of a man who stops hearing the world outside to finally start hearing his inner voice, the film's strong sense of drama and redemption are comparable with the cinema of Sanjay Leela Bhansali.

Soundtrack is a soul-stirring tale of a musician's voyage into deafening hedonism and a quiet redemption. The director suffuses the soundtrack with snatches of a music that transports a fairly routine inspirational story to the sphere of a modern fable. As for Khandelwal, his performance is so accomplished that he proves, not for the first time, that he's among the most engaging actors today. For the money, time and attention, he is the true rock star.