Incredibly major spoilers about Avengers: Infinity War lay ahead. Proceed with caution. If you have not watched the movie, you might wanna reconsider. So, the MCU's latest treat for the fans ends on a disastrous note. Many of our favourite superheroes bite the dust because of Thanos. Two of them are Spider-Man and Black Panther. Sad, I know! The two have become fan-favourites since their first appearance in Civil War. The two even went on to have their standalone movies that earned millions of bucks. So, what is next for these two characters? Here is one possible answer to each! Also Read - Hollywood News Weekly Rewind: BTS' Jungkook creates a new record, Britney Spears reveals she can't have kids and more

The teen-superhero was brightly played by Tom Holland in the MCU. His standalone film Spider-Man: Homecoming came out in 2017. And well, the answer to the above question lies in that very movie. In one scene, Spider-Man interrogates one of Vulture's associates, Aaron Davis, played Donald Glover. Remember the dude who tells Spidey to get better at his job? The one who tells him he sounds like a girl? This dude... Also Read - Trending Hollywood News Today: BTS members' most expensive possessions, Thanos creator's shocking reaction to Avengers Infinity War, Katy Perry's pool dip with baby Daisy and more

In this very conversation, Aaron tells Spidey that he is snitching on Vulture because he wants to give his cousin a safe neighbourhood to live in. Now, as per the comics, Aaron Davis' cousin is a little kid named Miles Morales. And as per the comics, Miles Morales also assumes the avatar of Spider-Man after gaining powers. In fact, Sony Pictures, who jointly own the character of Spider-Man with Marvel, have an upcoming animated movie, Spider-Man: Into the Spider-Verse, which officially introduces Miles. Moreover, Marvel has already announced Spider-Man: Homecoming 2 on their roster. Going by all the facts at hand, it is very likely that Miles Morales will also assume the role of Spider-Man in the MCU. Check out the teaser of Spider-Man: Into the Spider-Verse below! (ALSO READ: Avengers: Infinity War movie review -This film can be easily termed as the best one in the Marvel Cinematic Universe) 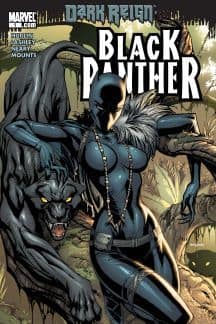 Black Panther is the highest grossing MCU film ever. No one could have imagined that the character will die in Infinity War. I mean just look at the damn popularity! He gets his strength not only because of his suit, designed by his hyper-intelligent sister Shuri, but also because of a mystical herb that grows in Wakanda which he has consumed. In his standalone movie, it was considered after his apparent death that Shuri also consumes the herb and takes the legacy forward. Well, that seems to be the most likely case here! In the comics, Shuri takes the identity of Black Panther when her brother is comatose. Though we wonder how will she get hold of the mystical heart-shaped herb since all of it was destroyed by Killmonger in Black Panther.