Sridevi birth anniversary: Did you know Aamir Khan had refused to work with India's first female superstar for this SHOCKING reason?

Several filmmakers wanted to sign Aamir Khan on the back of his debut film, Qayamat Se Qayamat Tak, which had gone a huge hit, and, naturally, one such filmmaker thought that pairing him with Sridevi, the biggest heroine throughout the country at the time, would be a great idea

The legendary Sridevi, who left us way too soon, would've turned 58 today. Widely and justifiably known as 'India's first female superstar', owing to her wide body of work and massive fan-following across myriad film industries in different languages; Sridevi could not only run a movie all on her own sans the crutch of a popular leading man, but many top male stars of the 80s and 90s also would grab the opportunity of starring opposite her at the drop of hat solely because it all but guaranteed them a big hit at the box office, especially if they were facing a rough patch. Also Read - Kareena Kapoor Khan gives a glimpse of her 'special' birthday celebrations and the promise she has made to herself

Heck, even in the 90s, after the arrival of other heroines who quickly rose through the ranks, many top younger heroes to Sridevi, like Shah Rukh Khan and Salman Khan went out of their way to ensure that they had a Sridevi movie to their credit (Chandra Mukhi, Chaand Kaa Tukdaa, Army). However, there was one top young star of the 90s who had reportedly refused to work with Sridevi. We're talking about Aamir Khan, who several filmmakers wanted to sign on the back of his debut film, Qayamat Se Qayamat Tak, which had gone a huge hit, and, naturally, one such filmmaker thought that pairing him with Sridevi, the biggest heroine throughout the country at the time, would be a great idea. In fact, the two actors seemed to have even done a photoshoot together for the same. Check out their pictures below: Also Read - When Samantha Ruth Prabhu called Naga Chaitanya 'completely husband material' and confessed he fell in love with the actress despite seeing her make ‘horrible mistakes’ 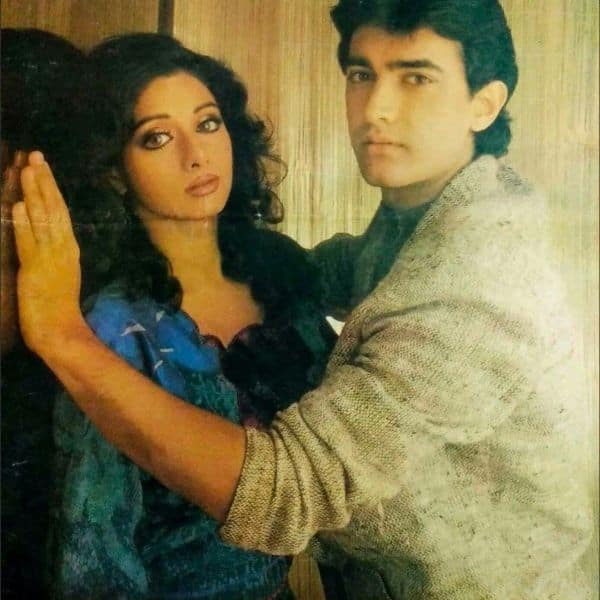 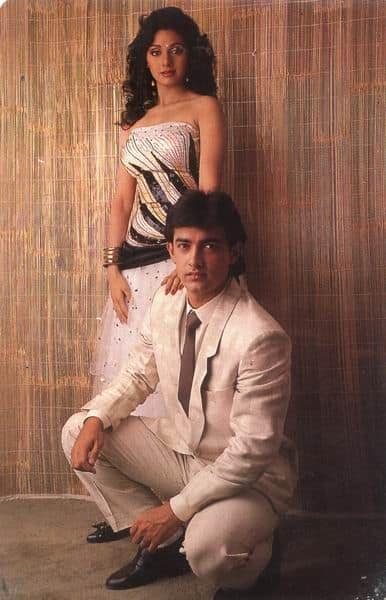 Shockingly though, Aamir Khan appeared to have developed cold feet before the project could go floors. Word is that he told his inner circle that the audience may not accept his pairing with Sridevi, considering that she looked older to him and he was coming fresh off playing a college boy in QSQT opposite an actress like Juhi Chawla, who looked closer to his age. Moreover, the grapevine suggests that he had even put it out there at the time that after QSQT, he wished to only work with newer and upcoming heroines like Madhuri Dixit, Juhi Chawla, Karisma Kapoor and Raveena Tandon. Hence, as per such reports, Aamir Khan backed out of the only movie, which he and Sridevi were offered together. A loss for Hindi cinema overall.