Sridevi's daughters Jahnvi and Khushi are as ravishing as the diva herself.

Sridevi and her daughters are often seen together. Be it at the airport or lunch or dinner, they like to spend time a lot which is so cool. Jhanvi is preparing for her debut soon and this is one star kid everyone is looking forward to. So often you will see her and her daughters making some really cool fashion statements which will make you take notes. Fashion Police have often given them full marks for their outings. Even yesterday, Jhanvi was looking fabulous in a white top and blue pants. Tonight, they were spotted wearing something very stylish and regal. (Also Read:'MOM' Sridevi walks hand in hand with Jhanvi and Khushi at the film's trailer launch -view HQ pics Also Read - 6 secretive weddings of Bollywood stars that left everyone shell shocked – view pics

Sridevi looked the most comfortable in a printed shirt and denims with pointy shoes. Even with no makeup on, the diva looks ravishing. No wonder her daughters have turned out to be such beauties. Jhanvi wore a white dress with a black belt which looked damn pretty on her. In one of the pictures she is even seen helping her mother out to walk carefully. So sweet! Khushi wore a white top and high-waist checkered pants which looked so classy on here. Check out the images right here... Also Read - From Rajinikanth-Mohanlal to Chiyaan Vikram-Suriya – 5 times South superstars combined to shatter box office records 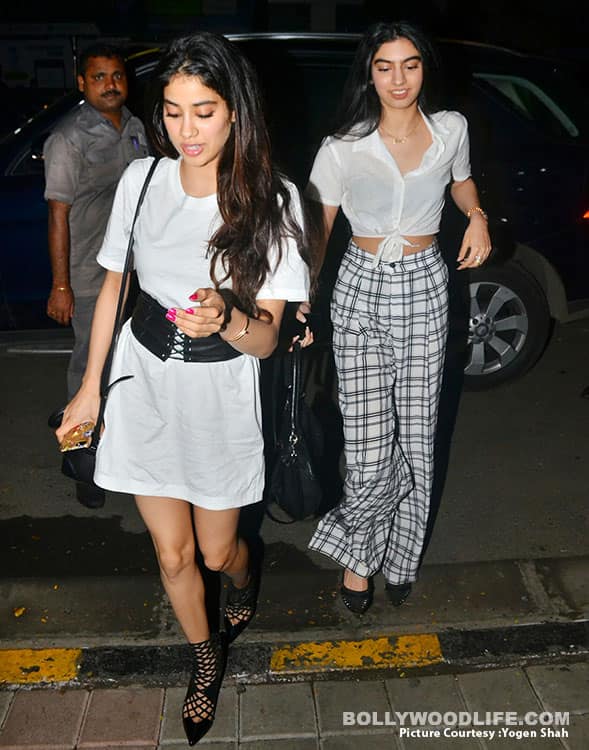 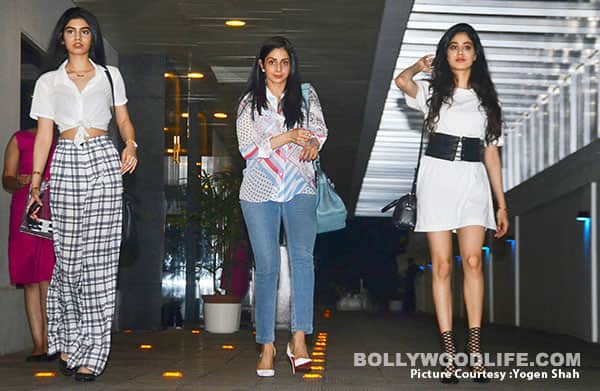 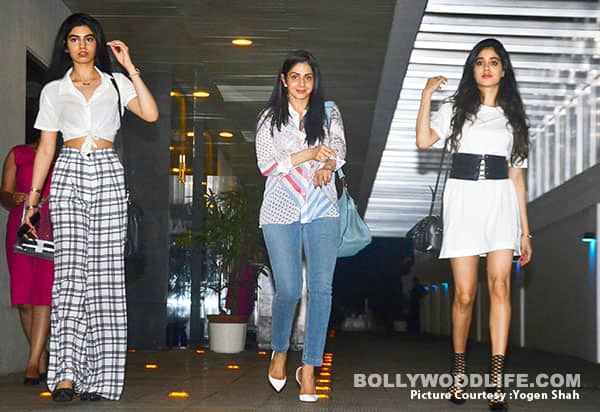 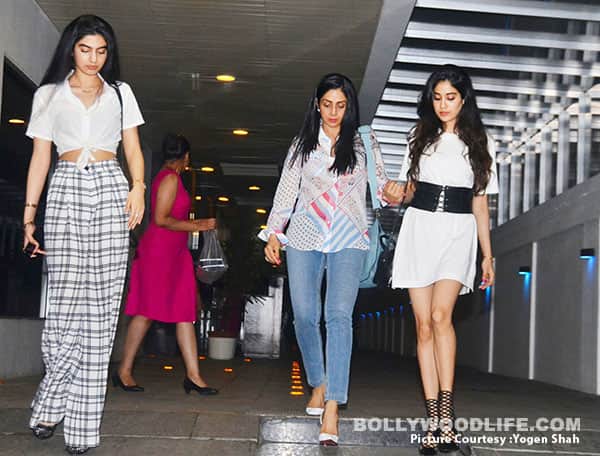 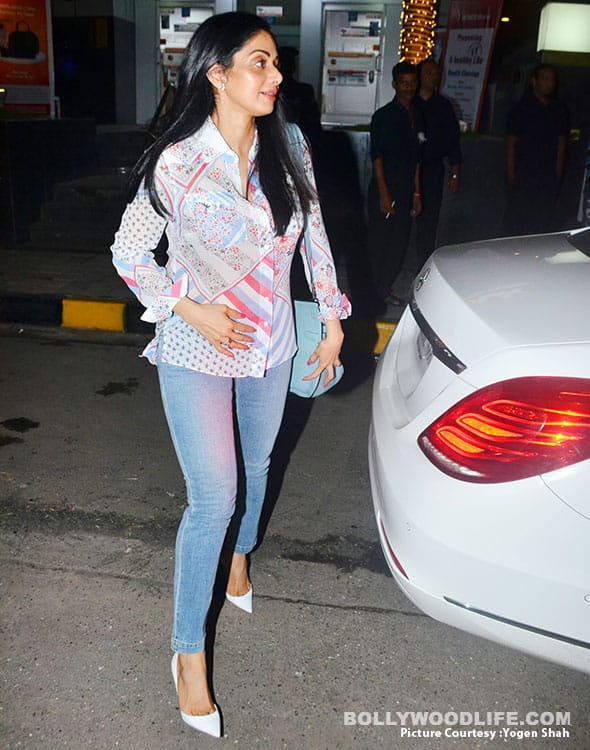 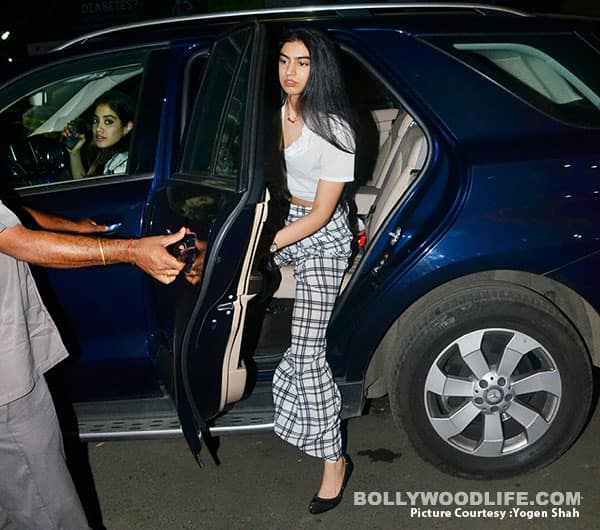 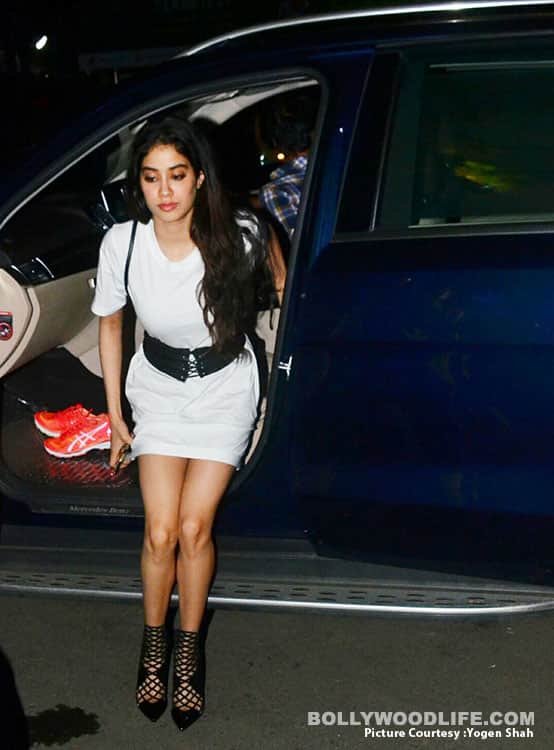 Rumour has it that Jhanvi will be paired opposite Ishaan Khattar in Sairat remake. Jhanvi’s father Boney Kapoor had even confirmed this news saying, “Yes, Karan has been talking to us about a film for Jhanvi and we’ve given consent. But we don’t know which project it would be. Since Karan has recently acquired the remake rights of Sairat it is being presumed that our daughter would be launched in this project.” There are even speculations that Jhanvi and Ishaan are dating. Reports also suggest that Shahid has asked his brother to not get seen with her too often but they are still spotted together. Wonder what's cooking!