Sridevi to release the music of Prabhudheva and Tamannaah's Abhinetri

Produced by Prabhudheva and Kona Venkat, the film is titled "Devi (L)" in Tamil, while the Hindi version is yet-untitled.

Two dancers in the same room? Now that will be exciting!

In an official statement from the production house, the makers have confirmed that Sridevi will launch the audio of their film on August 15 in Vijayawada. Directed by Vijay, "Abhinetri", which is being shot in Tamil as well as Hindi, stars Tamannaah Bhatia, Sonu Sood and Prabhudeva in lead roles.In the film, Tamannaah plays an actress and she will also be seen as a ghost briefly. Also Read - OMFG! Sonu Sood is doing push ups with Tamannaah Bhatia and Prabhu Dheva on his back!

Produced by Prabhudheva and Kona Venkat, the film is titled "Devi (L)" in Tamil, while the Hindi version is yet-untitled. Also Read - These 5 gorgeous pictures of Tamannaah Bhatia will totally make her your #WomancrushWednesday! 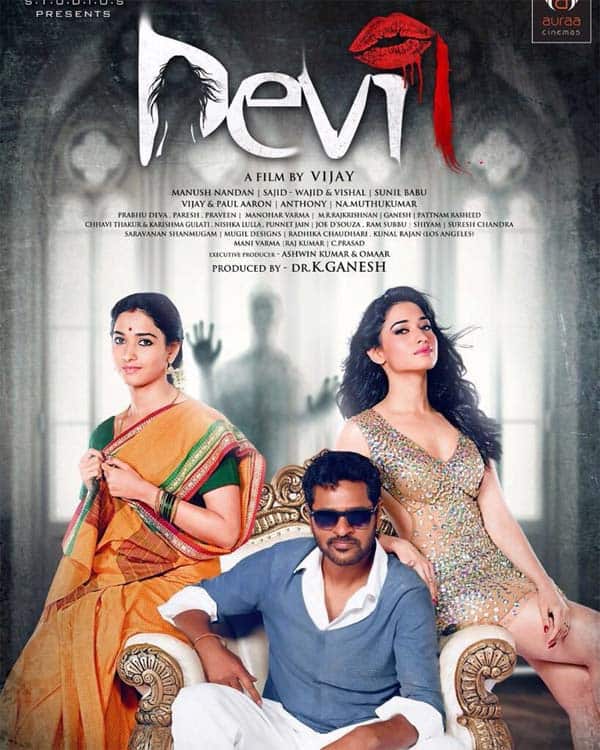 As for the Abhinetri teaser, it was questionable on several grounds--there was no element of horror present in the teaser and Tamannaah was nowhere to be seen when it was stated that she would be playing a lead role. The teaser only showcased Prabhudheva's dance moves which were impressive but seem unnecessary in a horror movie.

Now let's wait and watch to find what the audio of this movie will turn out to be. Considering, we have the dance maestro in the film, the music should be fun and groovy.