On Sridevi's 56th birth anniversary on 13th August, we take a look at the cinematic milestones in the icon's film journey and honour her loving memory. Check out her 10 iconic movies.

Sridevi was the first female superstar of Bollywood. The legendary veteran actress would give the heroes a real run for their money and screen time. Such was her power, that she came to be the reigning icon across Tamil, Telugu, Malayalam, Kannada and Hindi films. Sridevi, an evergreen actor with talent par excellence, was an equally extraordinary dancer and had impeccable comic timing. Sridevi passed away from accidental drowning in Dubai in the wee hours of February 24, 2018. She is survived by filmmaker husband Boney Kapoor, and daughters Khushi and Janhvi Kapoor. On her 56th birth anniversary on 13th August, here are 10 cinematic milestones you should revisit today. Also Read - Janhvi Kapoor is looking at the phone but we are looking at her thanks to her stunning gym wear – see pics 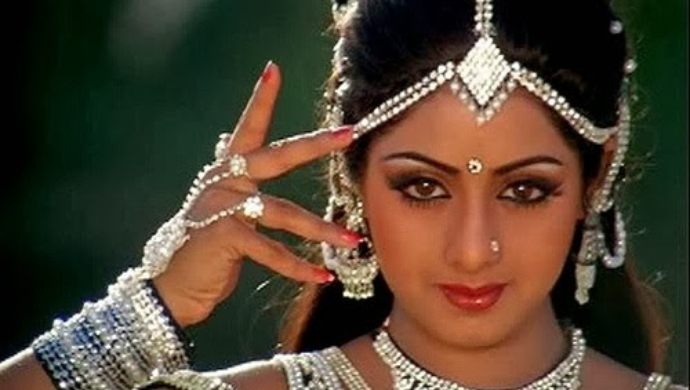 Sridevi made her debut as a lead actress with Solva Saavan in 1978. However, it was Himmatwala in 1983 that became her claim to fame, starring her opposite Jeetendra. The duo became an instant hit and starred in 11 of 16 blockbusters together. Later, hits like Ghar Sansaar, Tohfa, Mawwali established Jeetendra and Sridevi as the most bankable onscreen couple of the decade. Also Read - Shanaya Kapoor's luxurious home in Mumbai is no less than a princess' royal castle from a fairy tale – view inside pics 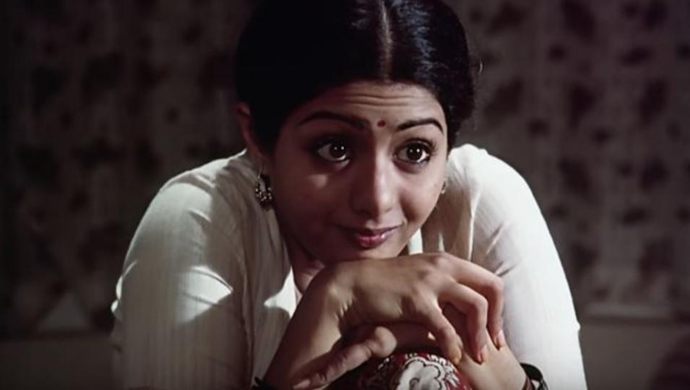 Sridevi first faced cameras at a very young age and never looked back. Before she went on to hitch her wagon to the star, in the Hindi cinema space, she already was a sought after name in the Tamil industry. She sensitively slipped under the skin of a woman with a child’s mind, in Sadma. Her performance opposite Kamal Haasan was both heart-warming and heart-breaking. 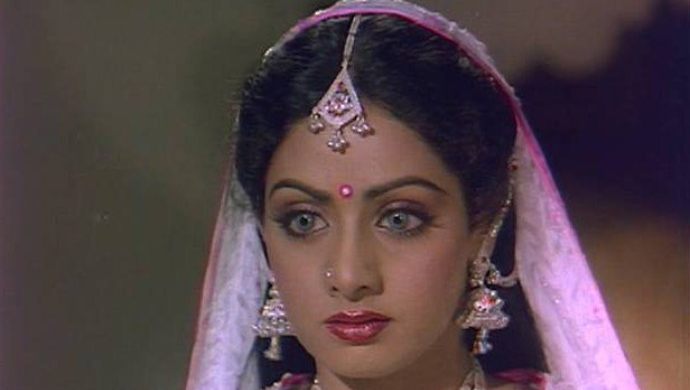 Sridevi’s portrayal of an icchadhari naagin is a feat that remains unmatched and unbeatable. Those eyes from the 1986 film co-starring Rishi Kapoor also featured an iconic dance number – Main Teri Dushman, which remains synonymous with naagin acts till date. 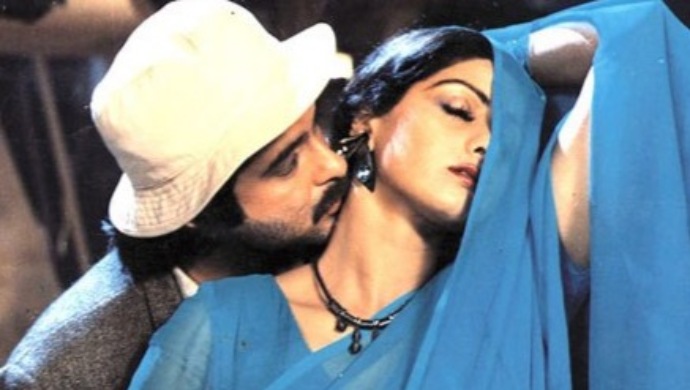 Mr. India is a 1987 superhit film considered as a cult classic and features in the list of ‘100 Greatest Indian Films of All Time.’ In Shekhar Kapur’s adventure comedy-drama, Sridevi plays the chirpy newspaper reporter who hates having too many kids around but also risks her life to fight a good fight for them. Hawa Hawaai and I Love You were chartbusters from the film that escalated Sridevi to glory. 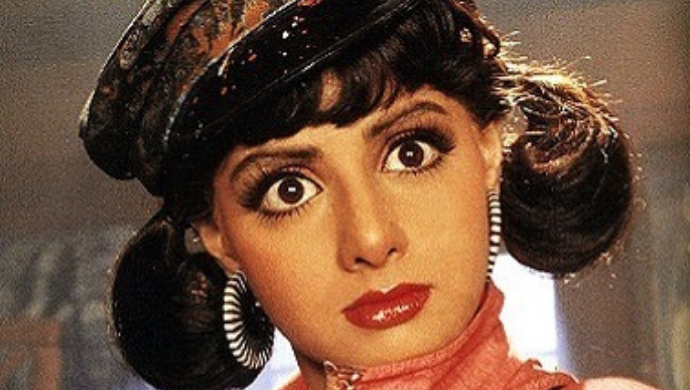 Sridevi in a still from Chaalbaaz. (Source: Instagram)
The 80s belonged to Sridevi. A remake of Hema Malini’s Seeta Aur Geeta, Chaalbaaz was a roller coaster ride. Despite running a high fever, Sridevi continued to shoot for what is a classic dance number even today 0 Na Jaane Kaha Se Ayi Hai. Her stint in a double-role speak volumes of her versatility. No wonder, Sridevi apparently was the highest-paid Hindi film actress from 1985-1992. 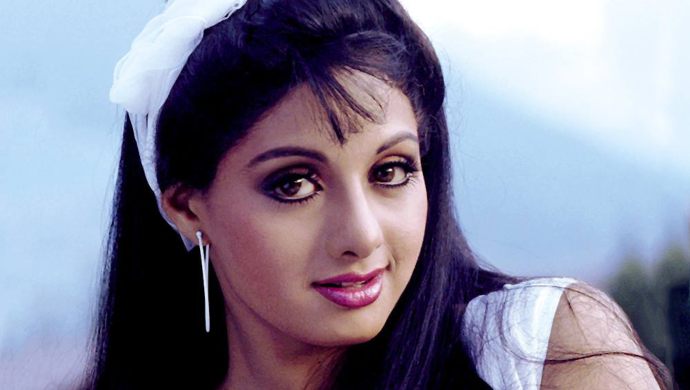 Sridevi’s style file from Chandni became a rage and the go-to statement of every girl in the late 80s and early 90s. The Rishi Kapoor, Vinod Khanna-starrer won the National Award for Best Popular Film Providing Wholesome Entertainment. This Yash Raj Films production is famous for another reason being Sridevi first dubbed for her own voice in the movie. Until Chandni, Naaz used to dub Sridevi’s films as she was not comfortable with Hindi. Rekha has lent her to Sridevi in the Amitabh Bachchan-starrer Aakhiri Raasta. 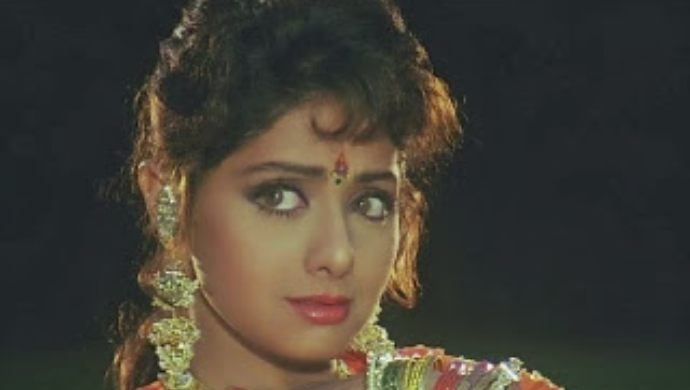 Lamhe was a one-of-a-kind Yash Chopra romantic classic. Bringing about a novelty in the Indian cinema with an age-gap love story, Sridevi played Anil Kapoor’s ex-lover’s daughter in the film. Speculations suggest, after Lamhe, Steven Speilberg offered a brief role to Sridevi in Jurassic Park but she turned it down for she didn’t find the role ‘meaty enough.’ 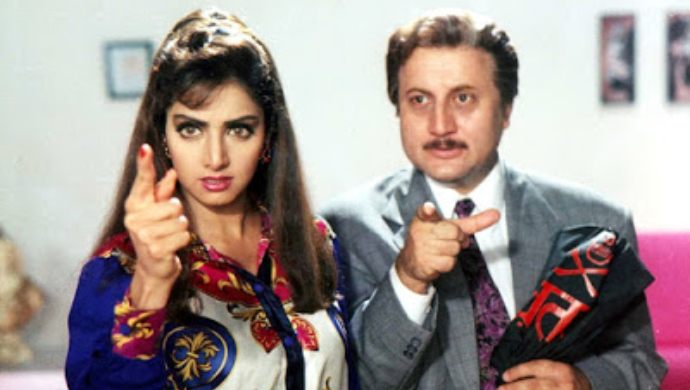 Sridevi’s Laadla was a desi version of The Taming of the Shrew, or at least that’s what the classes said. The bonafide mass entertainer came as a bit of a let down after the supremely successful Lamhe, but nevertheless a guaranteed entertainer. Co-starring Anil Kapoor, this Sridevi film was the seventh highest-grossing Indian movie of 1994. 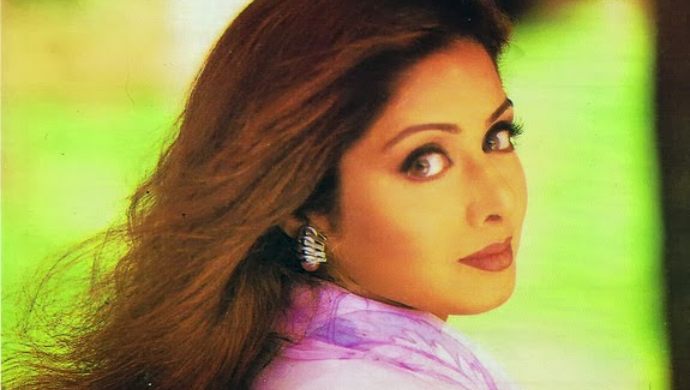 Sridevi was pregnant with her first child Janhvi Kapoor while shooting for Judaai. Impressed by Urmila Matondkar’s character in the film, Sridevi named her daughter Janhvi. 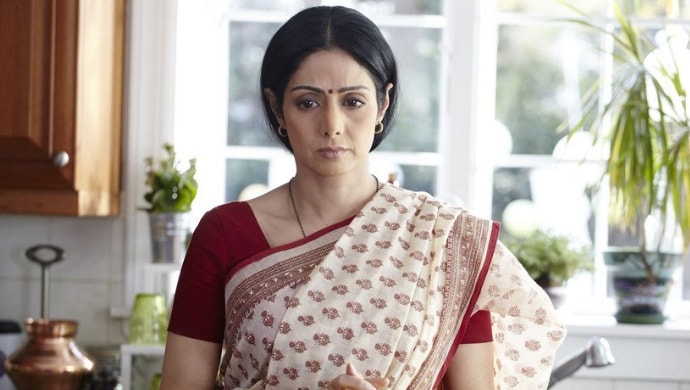 After staying away from the silver screen for 12 years, Sridevi returned with Gauri Shinde’s English Vinglish in 2012. She played a housewife who cannot speak fluent English and is not exactly a respected member of the family despite all that she selflessly does for them. Her journey to seek respect leads her to enroll herself secretly in an English learning program. This simple but strong narrative resonated widely with modern-day women. So much so that American entertainment weekly, Variety, compared Sridevi to Audrey Hepburn while others hailed her as the Meryl Streep of India!