Ssharad Malhotra's girlfriend, Pooja Bisht shows off her pride for her man over his support for ex-Divyanka Tripathi!

Last night, in a surprising gesture Ssharad Malhotra reached out to his ex-girlfriend, Divyanka Tripathi. The Yeh Hai Mohabbatein actress was facing online abuse with relation to her courtship with Ssharad. The Kasam…Tere Pyar Ki actor told his fans/followers that disrespecting a lady and her family was exceedingly unbecoming of them. He also pointed out that at a time when India was celebrating the success of its women in the Rio Olympics, such behaviour only pointed out towards our misogynistic mindsets. He said his true fans would never ever disrespect a lady. The Yeh Hai Mohabbatein had texted him saying that the online harassment by some fans of her and family members was getting a little unsettling. Taking notice, Ssharad sent out that message in the public. Also Read - From Divyanka Tripathi to Nia Sharma: 10 TV actresses who garnered massive fan following and huge career growth in a short span

The lady also sent him a heartfelt thank you note. Ssharad’s gesture was widely appreciated by all his fans. However, the nicest post came from his girlfriend, Pooja Bisht. She said that she was really proud of how much he respected woman. And that’s what made him a real man. Pooja and he have started dating since a few months and say that they enjoy each other’s company. The relationship is at a nascent stage but the two look so happy with each other. Pooja was a contestant on MTV Splitsvilla and Life Ok’s Kalash. The couple made their first public appearance this year at the ZEE Gold Awards, where Ssharad also cheered for Divyanka. Also Read - Khatron Ke Khiladi 11 Finale: Arjun Bijlani lifts the winner's trophy

Fans were aghast when Divyanka Tripathi and Ssharad Malhotra announced their split early last year. The couple who met on Zee Cinestars Ki Khoj went on to do Banoo Main Teri Dulhan together. Love blossomed on the serial and their relationship continued for eight long years. This made the split all the more shocking for fans. Since then, Divyanka has received hate messages quite often on her social media accounts. We hope this post from Ssharad finally puts everything to rest. Here are the notes the two ex lovers exchanged on Also Read - Khatron Ke Khiladi 11 Finale inside pictures promise Divyanka Tripathi, Shweta Tiwari, Arjun Bijlani and more will ensure a dhamakedaar battle royale 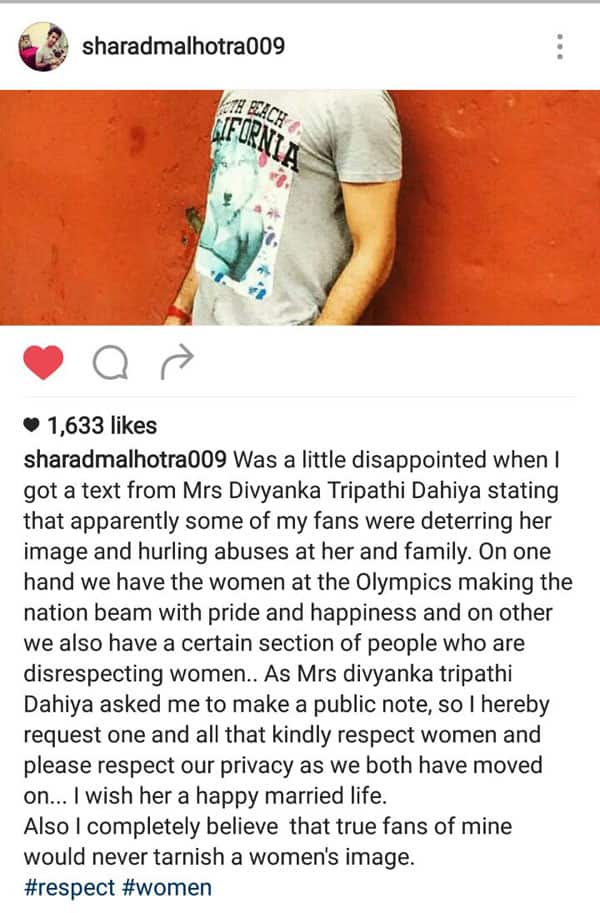 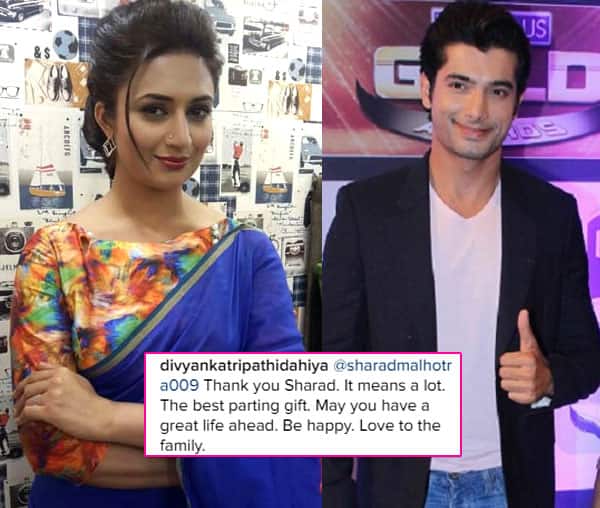