Star One changes to Life OK, with Madhuri Dixit on board 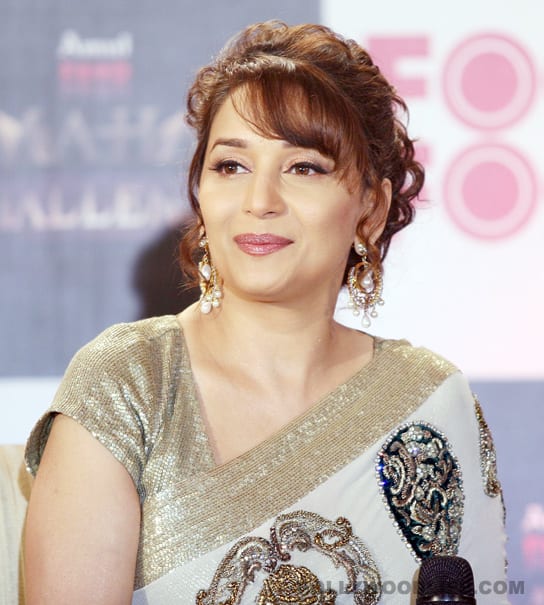 With Madhuri Dixit Nene being the celebrity announcer in a hype-loaded launch, is Life OK the TV channel she was supposed to start after coming back to India? We wonder

There is noise and there is noise, but the noise that the Star-wallahs made while they were launching their new channel has got to have beaten all other noise hollow. Actually, it was not a launch, but a re-launch of Star One, which is now Life OK and believes in the catchphrase Kal ki soch kar dhat teri ki karte reh gaye – toh aaj ka kya hoga pyaare? It happened with a week-long digital engagement plan, as the honchos for the channel said, and an eight-hour-long rockathon for the web, starring Shankar-Ehsaan-Loy, Euphoria, Agni, Shaa’ir and Funk, and Indus Creed, along with Salim-Sulaiman, Kailash Kher and Shilpa Rao. Programming has begun, each new show introduced by a rather matronly and buxom Madhuri Dixit Nene playing sutradhar (narrator). Which made us wonder – is this the new TV channel she is said to have been starting? And what role will she play in it long-term, if she does? Any which way, things in telly-land could be changing for the better, if the tiny glimpse of the new shows that we got delivers on its promises. There is of course the rather pathbreaking Sach ka Saamna anchored by the dishy Rajeev Khandelwal, and Tum Dena Saath Mera (which makes us want to break out into the old-gold song), with a strong moral message. And then there is Mahadev, with a startled-looking Mouni Roy overdraped in fake jewellery, Meri Maa with a grubby child with a predictable sob story and Smile Please, about a family and its various madnesses. The show that we hope will be truly hatke is Saubhagyavati Bhava, about a young wife married to a deceptively ‘worthy’ man (Karanvir Bohra, who uses his naturally evil looks wonderfully) who abuses her – we look forward shudderingly to an episode where he actually threatens her with a dead (we hope) cockroach! A promising line-up, but only time will tell us whether it will all end up with highly decorated women making halwa!