Well they are at it again, the fans of Ajith Kumar and Vijay are waging a super ugly Twitter war at the moment. Witness the madness here!... 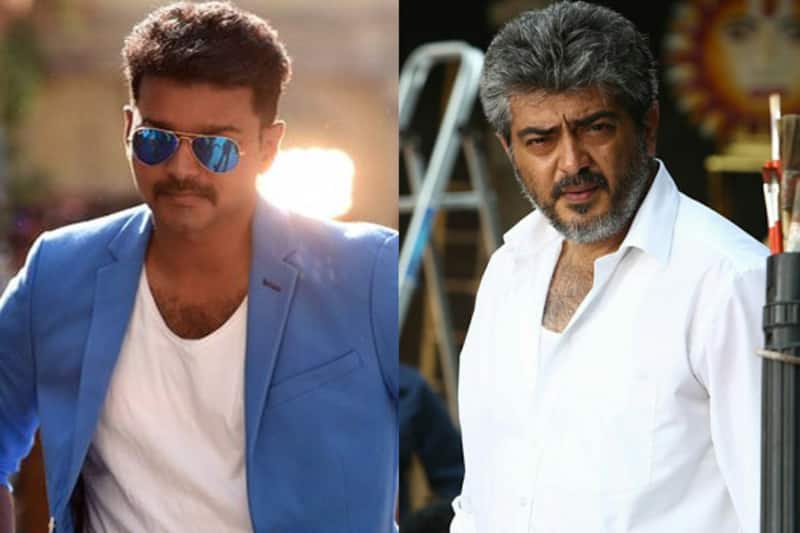 We usually like to see various superstars getting along really well, and that is usually the case. But sometimes the fans let their emotions get the better of them and things turn ugly. One of the most long standing rivalries is between Ajith Kumar and Vijay fans, and today it has turned into an all out war on Twitter. Also Read - Vijay's Master co-star Malavika Mohanan looks fiery hot in a short shimmery plunging neckline dress with a high slit [VIEW PICS]

Nobody is sure which party started it first, but the hashtags AJITH LACK OF LIBIDO and ActorVijayTheOxyMORON has been trending like crazy on Twitter. Fans of both the superstars have stooped to new lows as Vijay fans called Ajith a man without libido whereas Ajith fans called Vijay a complete moron. The fans of both the superstars are now super busy hurling insults after insults on the other actor. Filled with bad, angry memes and videos on both sides, it is raging on and on with no signs of stopping. Most of these insults are so NSFW that we can't mention it here. You are of course free to go and check out the two hashtags. Also Read - Nayanthara turns photographer for Vignesh Shivan on their Thailand honeymoon - View Pic

From the intensity of insults of Vijay fans, it looks like they are retaliating at something started off by Ajith fans. The Thala fans are known to be notorious in trolling Vijay time and again. Also, recently the Ilayathalapathy fans started a frenzy about Vijay's birthday. Maybe this is what started this ugly war. Also Read - Trending South News Today: Exciting deets about Prabhas’ Project K, Vijay's Thalapathy 66 first look update, and more

We wonder what the two stars will say to their fans when they find out about this ugly, but hilarious Twitter war.

Here are some of the really whacked out tweets:

AJITH THE THEVDIYA MAN
AJITH LACK OF LIBIDO
AADVIK IS NOT A SON OF AJITH
Ajith amabalaya pombalaya?
Hypothetical question

And now from the other side: