Star Wars: The Last Jedi trailer - Luke Skywalker returns while Rey is lured by Kylo Ren to the dark side

Star Wars: The Last Jedi trailer is bound to give you goosebumps... Finally the wait is over! After witnessing a teaser earlier this year everyone was stoked for the second instalment in the sequel trilogy. Title Star Wars: The Last Jedi, the film will follow Rey's training under the legendary Luke Skywalker who had been in recluse after he failed to save Han Solo and Leia's son Ben Solo aka Kylo Ren to be one among the dark side. Also Read - Mark Hamill aka Luke Skywalker pens heartfelt note for Star Wars fans, says, 'We have all become family'

As expected by millions and millions of fans, the trailer is nothing short of the epicness we associate with Star Wars films. In fact Star Wars franchise is not just a film but an emotion for its millions and millions of fans across the galaxy (pun intended). Also read: Star Wars: The Last Jedi official teaser - Luke Skywalker and Rey are out to defeat Kylo Ren but is this the end of Jedi? Also Read - Step aside Aquaman, Infinity War and Captain Marvel, Avengers: Endgame sets a new benchmark with advance bookings 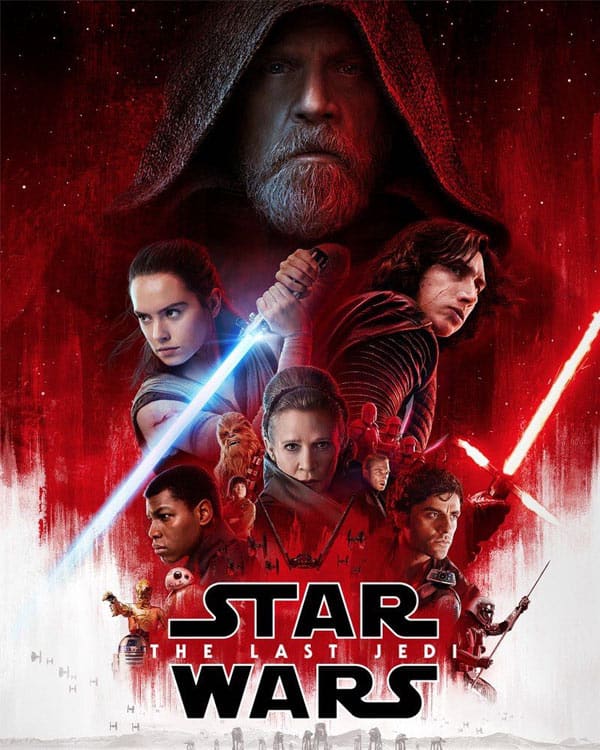 It was also nostalgic and emotional of sorts to see late Carrie Fisher as General Leia. And the scene where Kylo Ren who, SPOILER ALERT, had no problem in killing his own father, fan favourite Han Solo, hesitating in blasting his mother General Leia's Resistance ship. The trailer also featured Finn and Poe, with Finn fighting it out again with death trooper as in truest sense he is a 'Traitor'. Also read: JJ Abrams returns to direct Star Wars Episode IX after Jurassic World director Colin Trevorrow walks out

Check out the epic trailer below:

The trailer also featured snow dogs, an eagle like creature and Han Solo's bestie Chewbacca. How cool it would have been of Han Solo was still alive. A reunion between Luke Skywalker, Han Solo and General Leia will always remain an unfulfilled desire.

Also how can I not talk about the final shot of the trailer where Kylo Ren is sort of luring Rey to the dark side! Will she also join the supreme commander snoke? Who is the last jedi in the film, Rey or Luke Skywalker? Well to know all those answers we have to wait till December 15, 2017.