Stardust Awards 2016 is being showcased on TV currently and we have to say it is turning out to be quite a starry night. Not only did the Bollywood stars win some awards, but they also slayed on the red carpet. Ae Dil Hai Mushkil star Ranbir Kapoor and mother Neetu Kapoor were one of the first ones to arrive at the show, followed by Kajol and Pritam. However, it was Priyanka Chopra's return to the Indian red carpet that made our heads turn. Apart from her, Salman Khan also paid a surprise visit and Shah Rukh Khan posed with the Bachchan family - Amitabh, Aishwarya and Jaya. Also Read - Deepika Padukone, Alia Bhatt, Kareena Kapoor Khan and 7 more Bollywood beauties who left their education mid-way for a career in Bollywood

Stars like Sushant Singh Rajput, Kriti Sanon, Parineeti Chopra, Jacqueline Fernandez, Sonam Kapoor, Varun Dhawan and Disha Patani also set the red carpet on fire with their trendy looks. Iulia Vantur also made her first red carpet appearance in India and we have to say she looked very pretty! A lot of awards have to be given out, so before that check out all the HQ pictures from the red carpet right here: Also Read - When Sonu Sood reminded Aishwarya Rai Bachchan of Amitabh Bachchan while working in Jodhaa Akbar; here's what happened 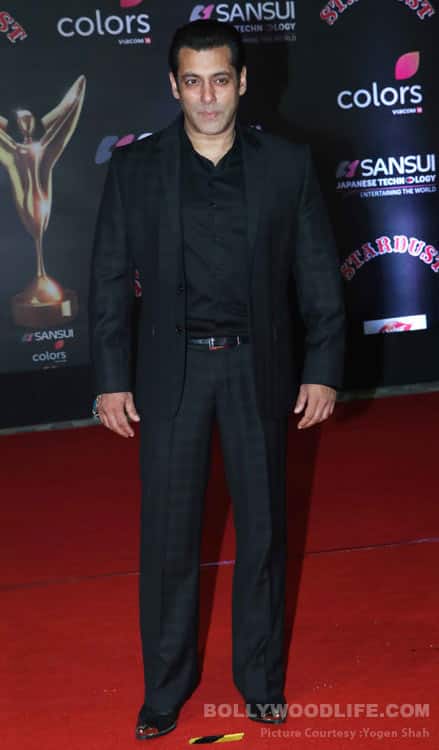 Also Read - Tuesday Trivia: Did you know Aishwarya Rai’s daughter Aaradhya Bachchan once thought Ranbir Kapoor was her father and also had a huge crush on him? 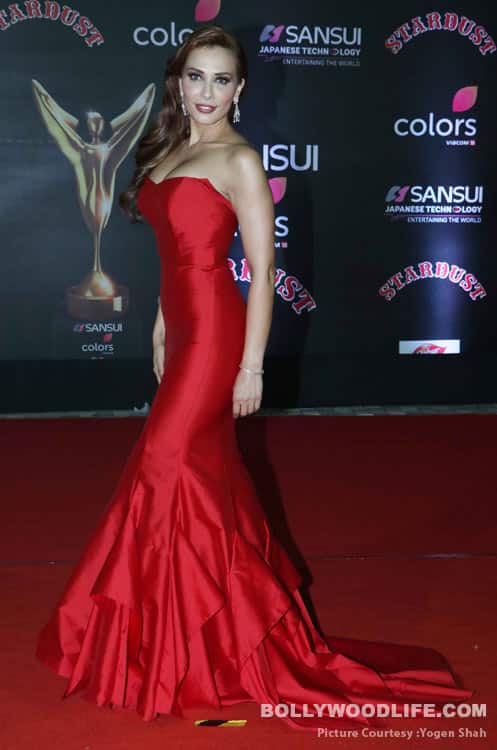 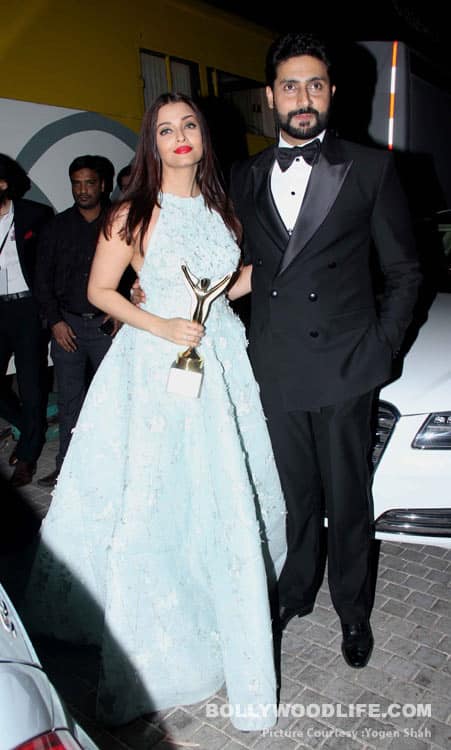 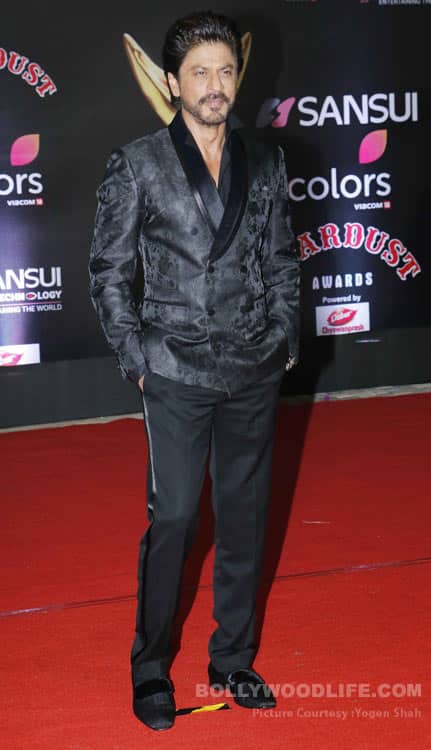 Shah Rukh Khan went for an all black look at the Stardust Awards as he wore a custom suit created by stylist - Shaleena and paired it with velvet loafers. ALSO READ - Stardust Awards 2016: Priyanka Chopra's heartwarming speech after winning the Global Icon Award will melt your heart - watch video 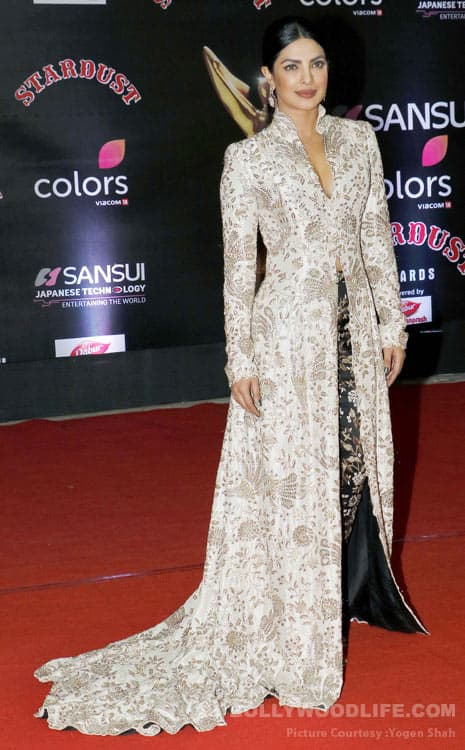 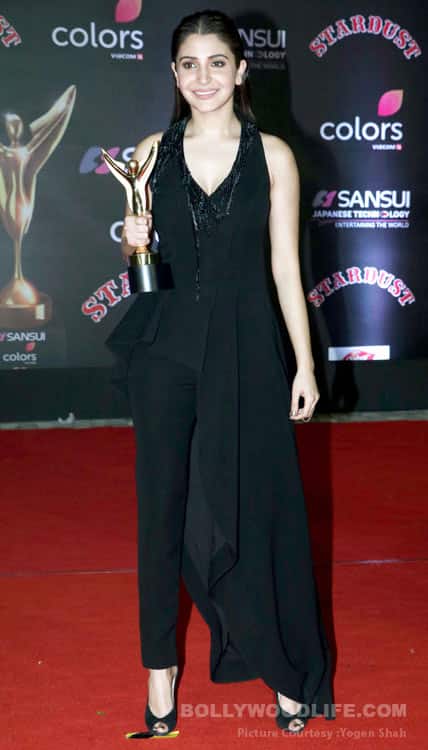 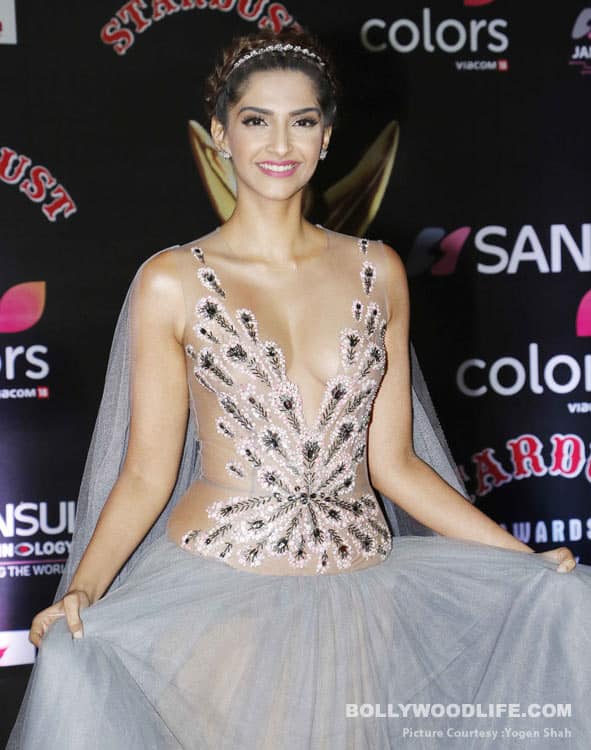 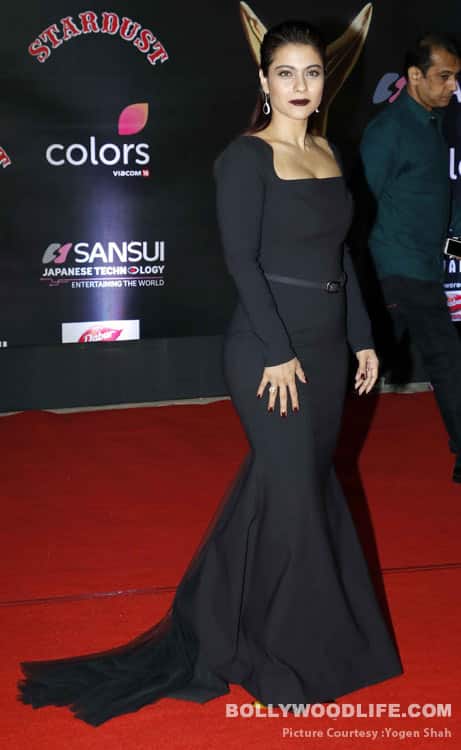 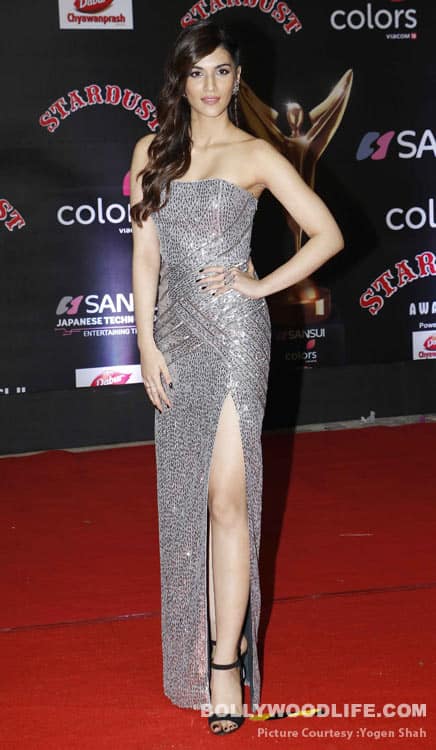 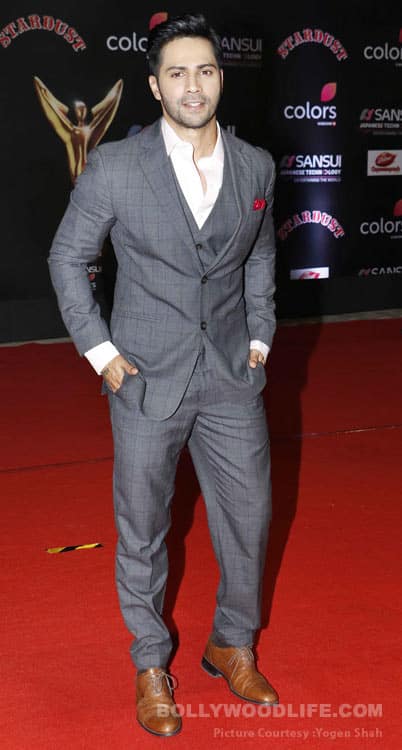 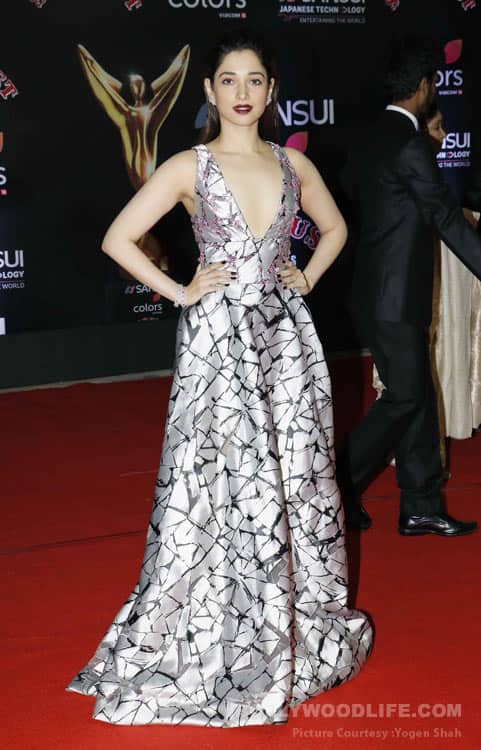 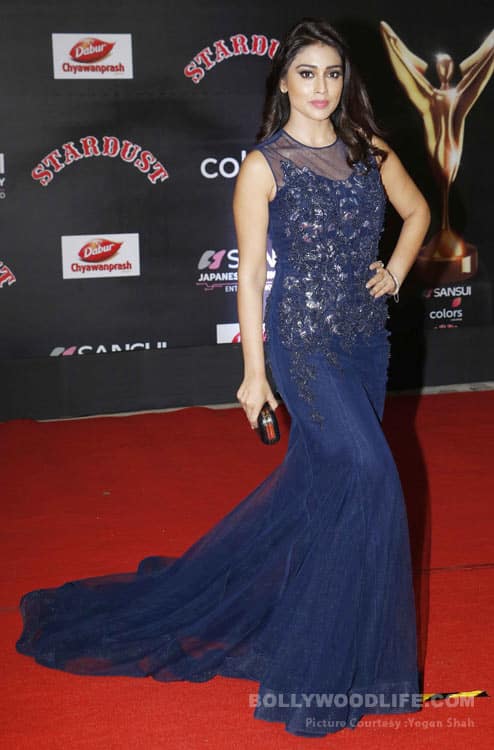 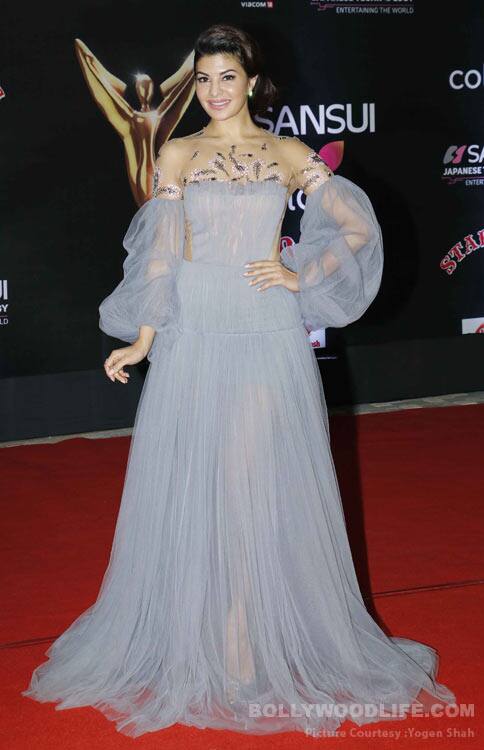 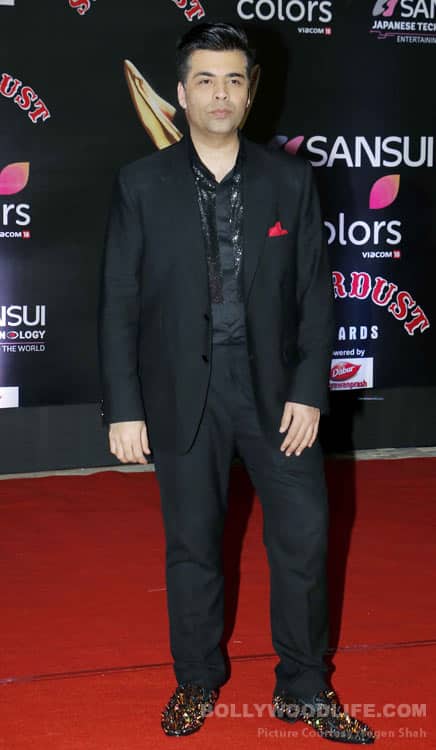 Karan Johar was his cool self in a full black suit, but it were his quirky shoes that caught everyone's attention 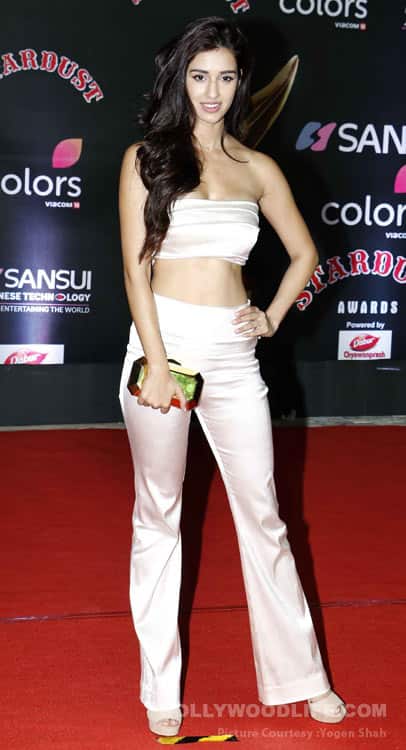 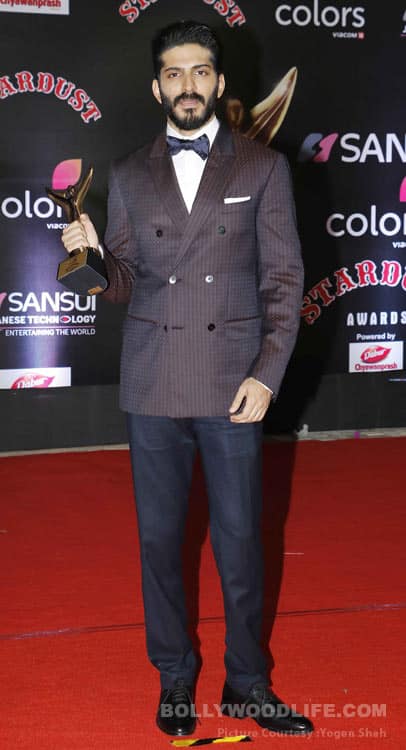 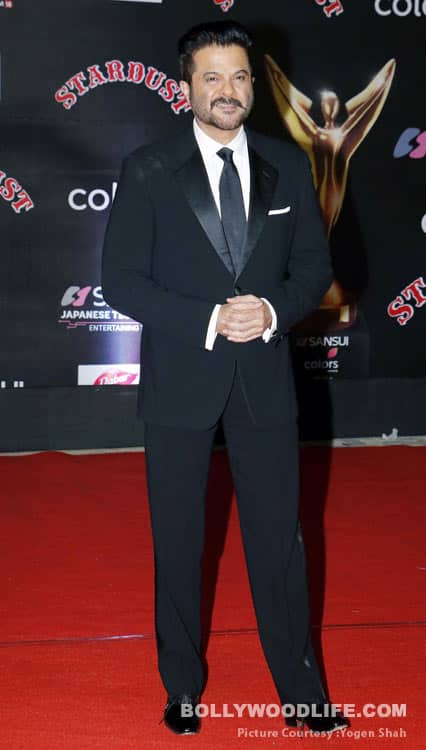