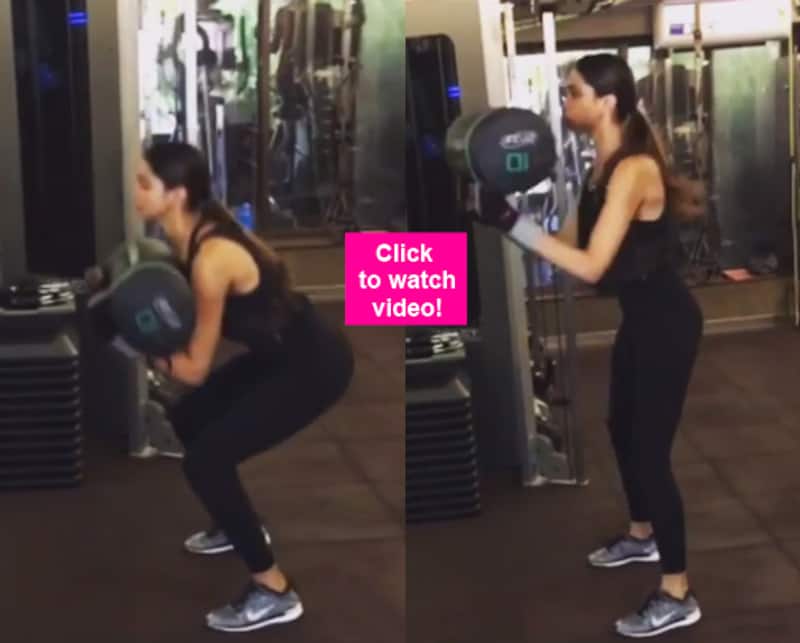 Miss Padukone is quite serious about her Hollywood venture..

She has already won over the national box office multiple number of times and now it's time to, make Hollywood hers. Deepika Padukone is marking her Hollywood debut with Vin Diesel’s XXX Return of Xander cage and the gorgeous lady is going all out for it. We have already shared with you two of her exercise videos to get the body for the film, and now we have a third one. After watching this, we have just this to say to her....girl, you are our official ROLE MODEL, PERIOD! Also Read - Malaika Arora, Kiara Advani and more Bollywood actresses who rocked the faux leather pants like a true diva

Deepika's first workout video left us spellbound where the babe was doing stretches supervised by celebrity trainer Yasim Karachiwala. If that was not enough, in her second video actress was seen lifting weights and her workout looked intense like never before. Also Read - Vijay Deverakonda to Deepika Padukone; When B-Town celebs openly spoke about their sex lives in public

And now her third video shared by Yasim is making us restless, where Deepika is doing a powerbag exercise along with squats. Her excitement and dedication in these workout videos are clearly seen. We are surely going to witness her most kick-ass avatar in Hollywood debut. Also Read - From Deepika Padukone to Jaya Bachchan: Bollywood actresses who did not shy away from sharing their first period story