Student of the Year 2 trailer: 5 dialogues you'd wish you could have used in high school

After a lot of anticipation and buzz, the makers have finally dropped the trailer of Student of the Year featuring Tiger Shroff along with debutants Ananya Panday and Tara Sutaria. While the promo looked quite entertaining the highlight of the trailer is undoubtedly kickass dialogues of Tiger Shroff, which stood out in the promo. His one-liners had swag and will definitely become a rage among the college-going kids. So let's check out them... Also Read - Shanaya Kapoor mourns the loss of her pet pooch, Scooby; here's a throwback of their adorable pics 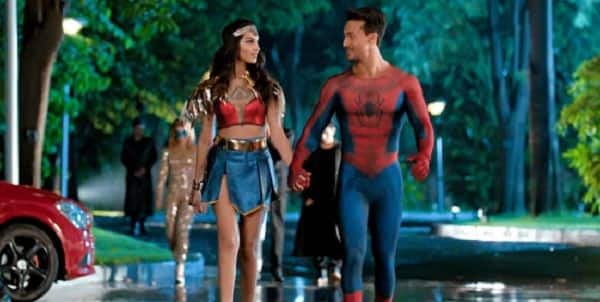 Talking about the film, it is directed by Punit Malhotra, who previously helmed films like I Hate Luv Storys and Gori Tere Pyaar Mein. It is produced under the banners of Dharma Productions and will be distributed by Fox Star Studios. It is scheduled to hit the screens on May 10. Meanwhile, Tiger Shroff is currently shooting for an untitled film along with Hrithik Roshan and Vaani Kapoor, which is directed Bang Bang helmer Siddharth Anand and is scheduled to hit the screens on October 2. It will clash with Sidharth Malhotra and Riteish Deshmukh starrer Marjaawaan at the ticket windows? Anyway, have you liked the trailer? Tweet to us...