Suhana Khan and her doppelganger Bareeha from Pakistan make for the chicest duo; fans find the latter 'prettier'

Suhana Khan met her doppelganger Bareeha in Dubai. The latter has shared the pic and one can say that they look like sisters 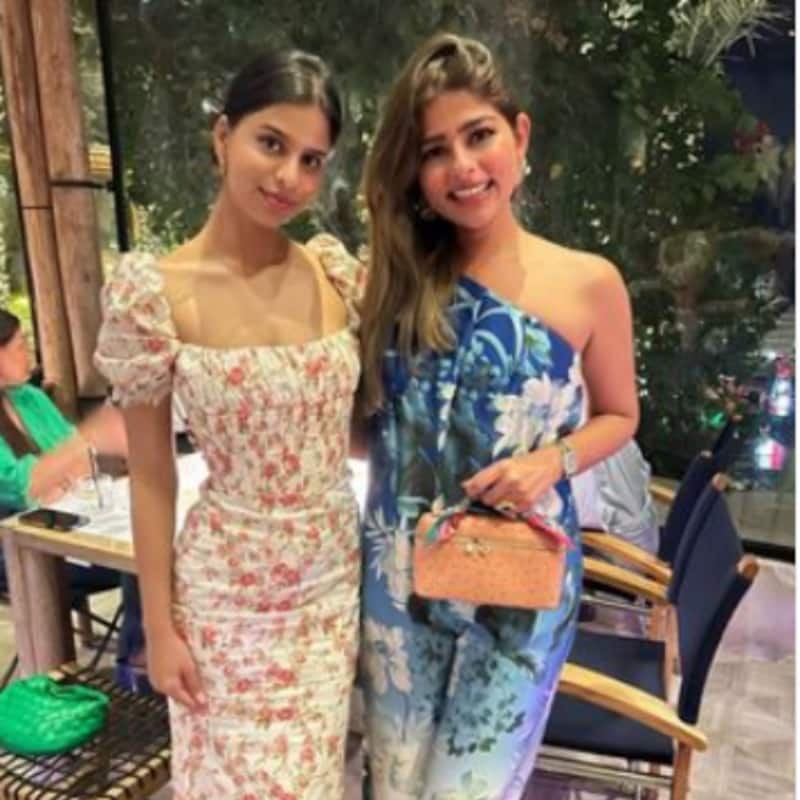 Suhana Khan is one of the most followed star kids on social media. The young lady is now in Dubai with her mom, Gauri Khan, Shanaya Kapoor and Maheep Kapoor. The quartet is having a gala time. While in Dubai, she met a Pakistani lady, Bareeha who looks a lot like Suhana Khan. In fact, she is a spitting image of the gorgeous star kid. They posed for a pic together. While Suhana Khan is in a printed dress, the lady is seen in a jumpsuit. Bareeha wrote on Instagram, "Finally met my doppelgänger @suhanakhan2...Here’s a side by side comparison for all the people who keep sending me her pictures in my DMs...#iamsrk #twinningandwinning #seeingdouble." Also Read - Hush Hush actress Soha Ali Khan opens up on the difficulties star kids have despite their privileges [Exclusive]

Take a look at pic of Suhana Khan and Bareeha Also Read - Ananya Panday dating two men, Ira Khan gets engaged and more: Star kids who are in the news all thanks to their interesting love lives

Many fans reacted on the picture. A number of them said that Bareeha looked prettier than the star kid. As we know, Suhana Khan has been under scrutiny for her looks. In fact, she has been trolled badly too. The star kid wrote about what it means to be a brown girl in a very thoughtful post on social media. Also Read - Koffee With Karan 7: Gauri Khan is glad that her kids didn't pick up THESE bad habits of Shah Rukh Khan

Suhana Khan has taken a break from the shoot of The Archies. The movie will come on Netflix next year. The first look left fans gaga. Everyone is excited about the debut of Suhana Khan after what Shabana Azmi had predicted about her. Shah Rukh Khan wrote some profound words for his darling daughter. He told her that she would never be perfect on screen. He advised her to be kind and giving. Shah Rukh Khan told Suhana Khan that she had come a long way but the road to people's hearts was a never-ending process.

The entire Khan family is making waves. Aryan Khan has done a campaign for Adidas which has been done even by Blackpink rapper Jennie Kim.