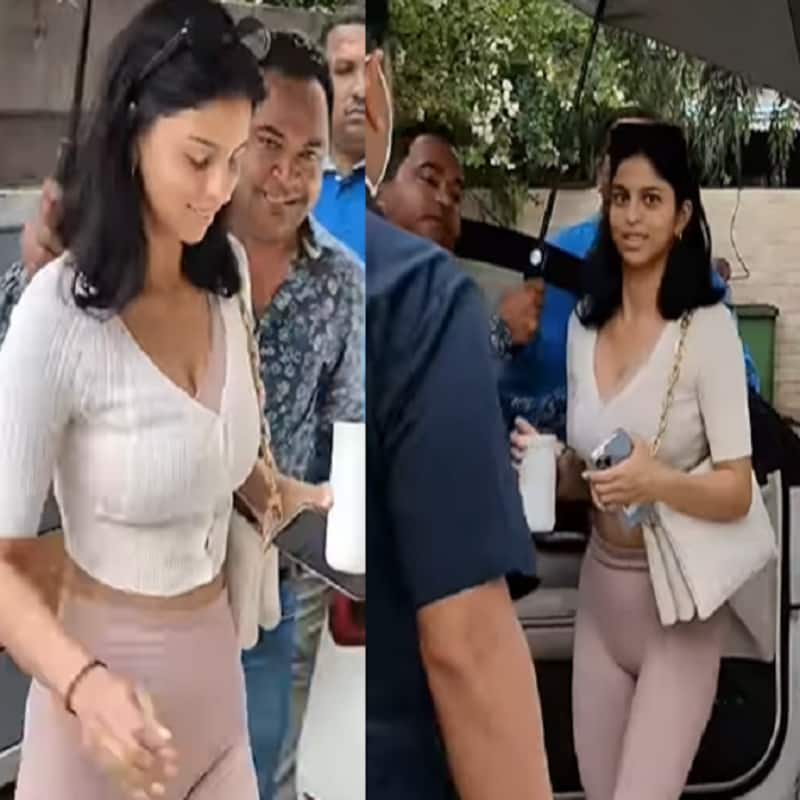 Suhana Khan is one of the most loved and adorable stars kids in tinsel town. Shah Rukh Khan’s fans are eagerly waiting for the superstar’s daughter to make her debut. The girl is all set to make a smashing entry in the movies with Zoya Akhtar’s The Archies. Suhana was shooting in Manali for the film along with Khushi Kapoor, Agastya Nanda and her other co-stars. While the little big girl is still a little shy to pose for the shutterbugs. SRK’s daughter was spotted in the town and as she came out of her car, she avoided getting clicked and turned her face opposite the cameras. To which the paparazzi made her comfortable by saying that now there is nothing as she has her film coming up. They even insisted she remember their face. Her reaction to this comment was unmissable.
Take a look at how netizens cannot get over Suhana’s latest appearance and are drawing comparisons with the superstar.

One suer wrote, " SRK after loosing too much weight". Another user said, " SRK in female clothes literally ". Another user commented, " If she is not comfortable let her live her life. Don't try to force her."
Suhana looked absolutely stunning in her casual avatar and her behaviour throughout she being clicked without her consent shows that she is Shah Rukh Khan’s daughter. Suhana is the most followed star kid on Instagram. She has more 2.8 million followers already and she is yet to make her Bollywood debut.

The makers of The Archies shared the first look of the film and everyone showered their love in them. SRK too posted an adorable post of his daughter and welcomed her to the movies.
Also Read - Koffee with Karan 7: Shah Rukh Khan, Salman Khan, Kangana Ranaut and more celebs who haven't confirmed but whom we'd love to see on Karan Johar's show
Advertisement