Suhana Khan gets a lot of flak for her outfit; netizens call her Malaika Arora lite pro max

Shah Rukh Khan's daughter Suhana Khan faces a lot of criticism for her latest appearance and gets compared with Malaika Arora. 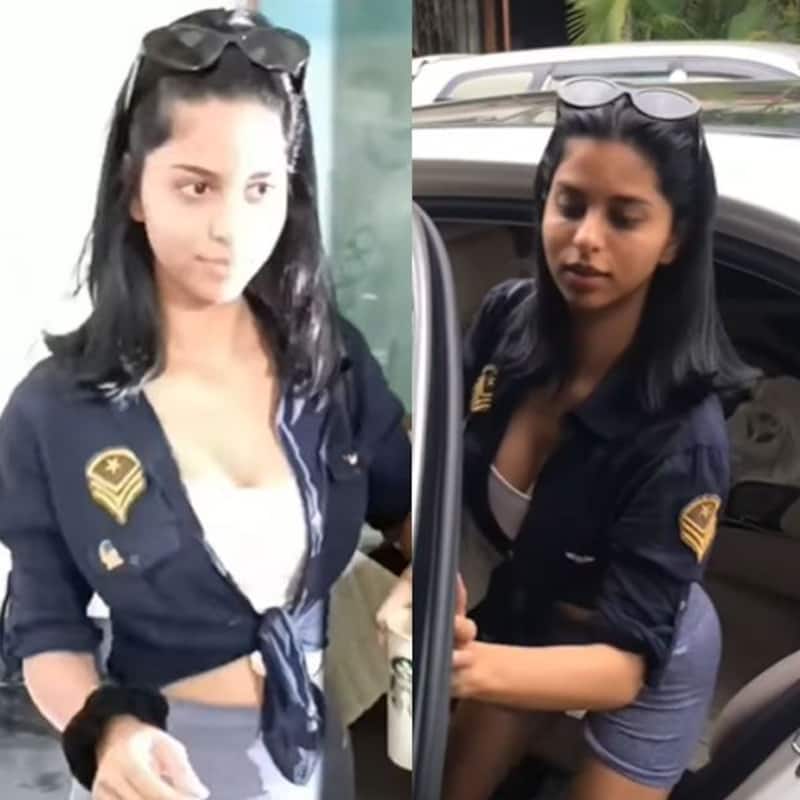 Suhana Khan is all set to make her Bollywood debut in the Netflix film The Archies helmed by Zoya Akhtar featuring Khushi Kapoor, Agastya Nanda, Devang Raina and more. Of late the superstar's daughter has been making a lot of appearances in the town as he prepping for her dance rehearsals and more for her upcoming release. Suhana who gets prepared almost every day uses her style game each day However looks like this time she didn't manage to impress the fashion police with her causal yet chique look. The girl received a lot of flak due to her outfit and was even called Malaika Arora lite pro max. Malaika is of the most trolled actresses in B Town when it comes to outfits. Also Read - Urfi Javed apologises to Chahatt Khanna for dragging her divorce in their nasty fight: 'It was low of me to comment'

Take a look at how netizens are slamming Suhana for her outfit and are unhappy with shutterbug for giving her so much importance. While this is, not the first time Suhana faced criticism she was earlier picked attitude and called ghamandi. Also Read - Pirates of the Caribbean star Johnny Depp all set to make his directorial comeback after 25 years [Deets Inside] 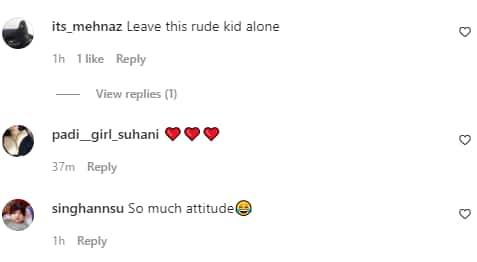 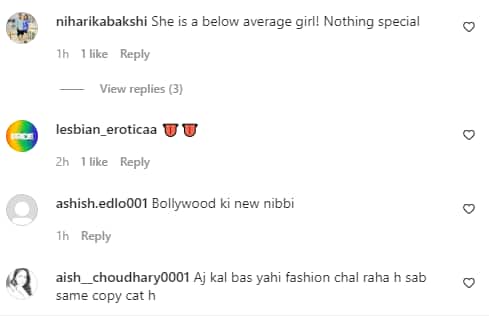 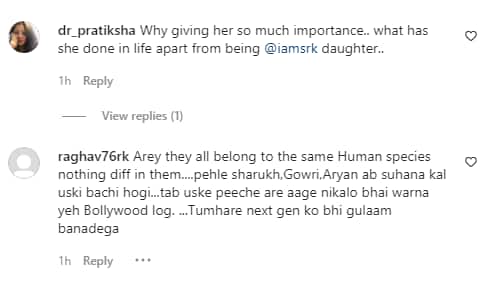 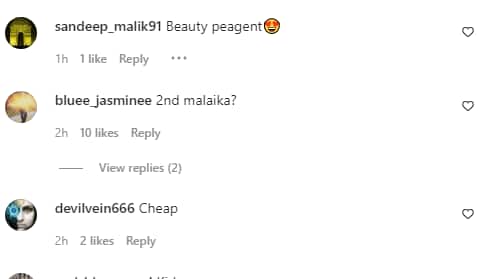 Suhana Khan who is all set to make her Bollywood debut was in the headlines after she shared the hatred comments that she received almost every day due to her colour. Shah Rukh Khan's only daughter Suhana was commended for her bare move to come out and speak about being a victim of racism since childhood. She was called 'Kali' and more names that used to affect her initially, but today he has moved on. She had shared a hatred message o her Instagram that read, " A lot is going on right now and this is one of the issues we need to fix!! this isn’t just about me, it’s about every young girl/boy who has grown up feeling inferior for absolutely no reason. Here are just a few of the comments made about my appearance. I’ve been told I’m ugly because of my skin tone, by full-grown men and women, since I was 12 years old."

She even insisted to end colourism with a strong message, " I’m sorry if social media, Indian matchmaking or even your own families have convinced you, that if you’re not 5”7 and fair you’re not beautiful. I hope it helps to know that I’m 5”3 and brown and I am extremely happy about it and you should be too. #endcolourism.". More power to Suhana today and always!