Shah Rukh Khan had earlier confirmed that Suhana plans to become an actress and will join an acting school after she completes her education.

Suhana Khan has inherited her father’s filmy genes and her latest pictures from a wedding hint that she is ready to make a mark in front of the camera. The star kid, decked in an ethnic attire for a family wedding, looks every inch ‘an actress in the making’. Pictures of Suhana Khan at a family function were posted by her cousin Alia Chhiba (daughter of Gauri's brother Vikrant Chhiba) in an Instagram story. Suhana is dressed in a pista-green salwar-kameez for the occasion, which appears to be a mehendi function. Also Read - Trending Entertainment News Today – Samantha Akkineni REVEALS why she is eagerly waiting for Shahid Kapoor's OTT debut; Abhijeet Bhattacharya lashes out at Indian Idol 12’s judges

Check out Suhana Khan’s latest pictures from a wedding that are going viral on the internet: 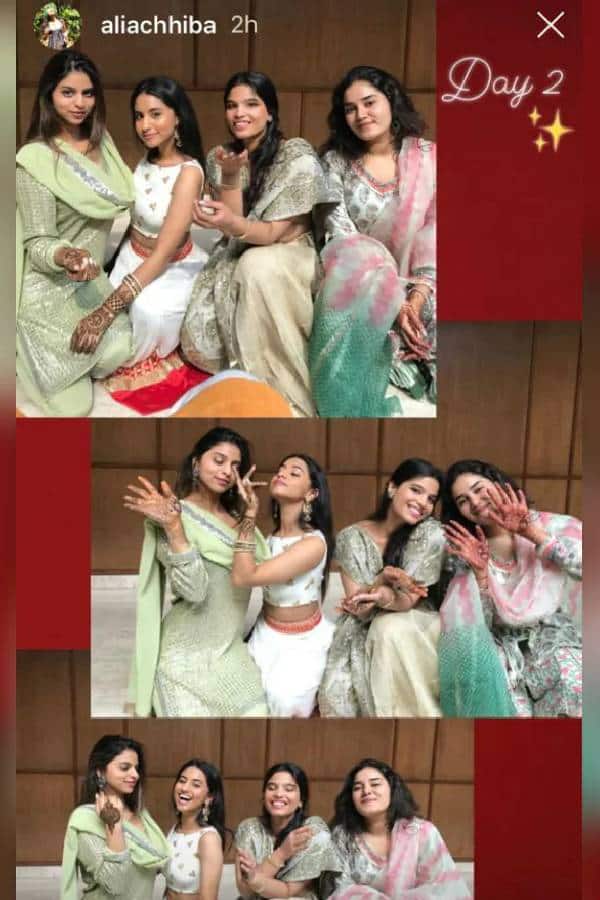 The glamorous daughter of Shah Rukh Khan and Gauri is currently preparing to enter Bollywood, as Suhana pursues her education at Ardingly College in London. She shuttles between Mumbai and UK, juggling study and family time. Suhana is one hot favourite star kid and her pictures often go viral on the internet. Recently, when Suhana was attending a friend’s birthday party in London, pictures from the do were soon trending on social media. Also Read - Shah Rukh Khan's daughter Suhana Khan is tripping on Justin Bieber's Peaches with bestie and we are loving it – watch video

Earlier, Shah Rukh Khan had confirmed that Suhana plans to become an actress and will join an acting school after she completes her education. “Suhana has an inclination towards wanting to be an actor. She finishes school in six months after which she will go to an educational institute for three-four years to train in acting," SRK had told Mumbai Mirror. Suhana had spoken about her plans to debut in Bollywood and had told Vogue, “I don't think there was any one moment when I decided. Since I was young, I'd do all these accents and impressions. But my parents only realised I was serious about acting when they saw a performance of mine for the first time. I was playing Miranda in a school performance of The Tempest.”

For more scoops and updates stay tuned to BollywoodLife!