Pictures of Shah Rukh Khan and Gauri Khan's daughter Suhana Khan and her friend partying in London is all over the internet and are going viral. And you'll know why once you see them!

India loves its superstars! But you know what they love more? Star kids! That's right, it's also one of our fixes and we couldn't complain even if we wanted to. Speaking of which; the entire world fanboys over Suhana Khan (not everything is about Taimur guys) and she is not just a favourite of her father Shahrukh Khan but of the internet as well. At least, social media users sure gush about her. The moment her picture surfaces on the web, people make it go viral. Recently she turned 19 and boy, has she been the media favourite too! Even when she is away, studying in England, the teenager is still breaking the web clutter with her pictures. In fact, we are almost always glued to her fan accounts on Instagram to check out the newest stuff she is up to.

And guess what? There's news! Recently Suhana attended a friend's birthday party with her girlie and she is looking every bit a diva! Dressed in a white body-hugging number, Suhana let her hair done and it's actually her makeup that's glossing. There's a mirror selfie as well and boy, does she know how to get them right. Check out her pictures here. Also Read - Trending Entertainment News Today – Samantha Akkineni REVEALS why she is eagerly waiting for Shahid Kapoor's OTT debut; Abhijeet Bhattacharya lashes out at Indian Idol 12’s judges 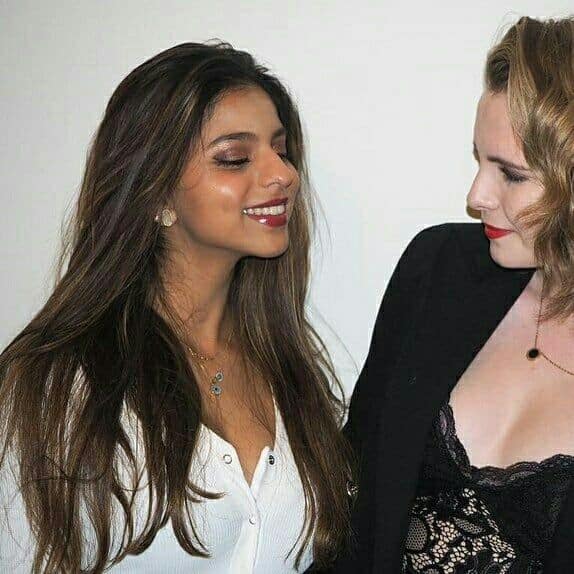 Recently, childhood bestie Ananya Panday who has made her debut with Karan Johar's Student Of The Year 2 had revealed about their Bollywood dream. She had said, "It has been our collective dream to become actors. I hope Suhana and Shanaya join the industry soon because they both are so talented. When we were young, during our family gatherings, we would put together shows and perform in front of our parents. Shah Rukh (Khan) sir would record us on a Handycam, and we would make short films out of them." Now, we don't know about you but we can't wait to see Suhana on the silver screen. Until then, Stay tuned to BL for more scoops and updates!