Suicide Squad review: Another DC film gets THUMBS DOWN from the Twitterati! 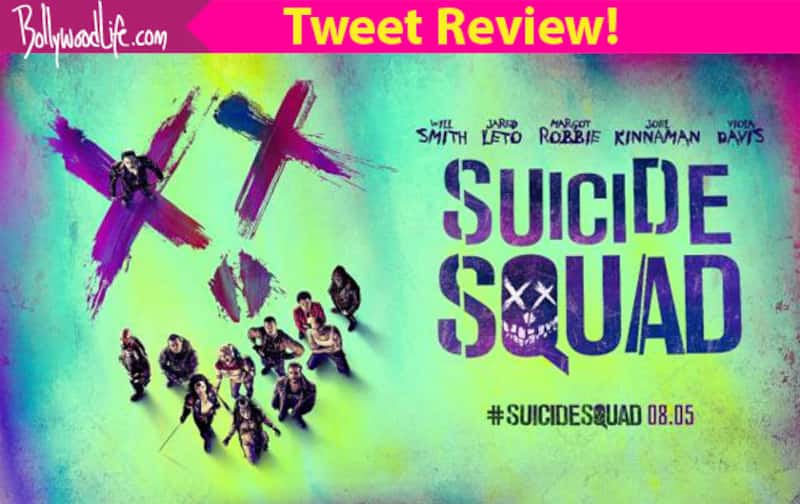 The film is directed by David Ayer, who previously made End of Watch and Fury.

DC fans, there is a lesson for you here - never trust the hype, the eye-pleasing star cast and the fantastic promos surrounding any of their films. They are all bound by the adage - All that glitters is not gold. Also Read - RRR and Baahubali director SS Rajamouli makes big BREAKING announcement – reveals plans for making Mahabharata

Ever since Christopher Nolan stopped making Batman films, Warner Bros have been struggling to make a good DC superhero film and offer some sort of competition to a smarter Marvel Entertainment. This despite, DC having more cool superheroes and supervillains (come on, a few years ago, did you even care for Iron Man?). After that huge disappointment called Batman v Superman: Dawn of Justice (which hardcore DC fans are still defending as a masterpiece, just like Salman fans call Jai Ho and Ready as classics), we had all our expectations set on the villains-turn-nice guys flick Suicide Squad. Weren't we all blown away by the brilliant trailers and the return of Joker? Also Read - Jayeshbhai Jordaar star Ranveer Singh follows Spider-Man Tom Holland and Batman Robert Pattinson's footsteps before his film's release – here's how

However, the film has turned out to be suicidal for the makers, see the negative reactions the film has garnered. The viewers have blamed the film for its lack of good plot, wasting Jared Leto's Joker, over sexualising Margot Robbie's Harley Quinn and basically everything else. Why, some of the international magazines even called it 'worse than Green Lantern and Fantastic Four'. Ouch! Also Read - Tiger Shroff's Heropanti 2 director director Ahmed Khan arrives in Batmobile to watch Batman; fans have bizarre reactions – watch video

After reflecting on #SuicideSquad over night...I can still say it was garbage.

I feel sorry for all DC fans. Marvel fleshed out their characters and put some meat on them, but you don't get that with #SuicideSquad bad

Saw #SuicideSquad last night. My advice: wait for Redbox, & if you absolutely must see in theaters, don't waste your $ on 3D #dissapointed

In #SuicideSquad , One scene reminded me of #Sholay :D :D Also, @JaredLeto's role in trailer is of more duration than that in actual movie

Just watched #SuicideSquad maybe had my expectations too high! Really dissappointed but wasnt a bad movie either! :(

Please dont waste money watching #SuicideSquad nothing other then the Joker's acting is worth the money. #FilmReview#Filmykeedaa

As for the execs behind this franchise, please do buckle up asap!