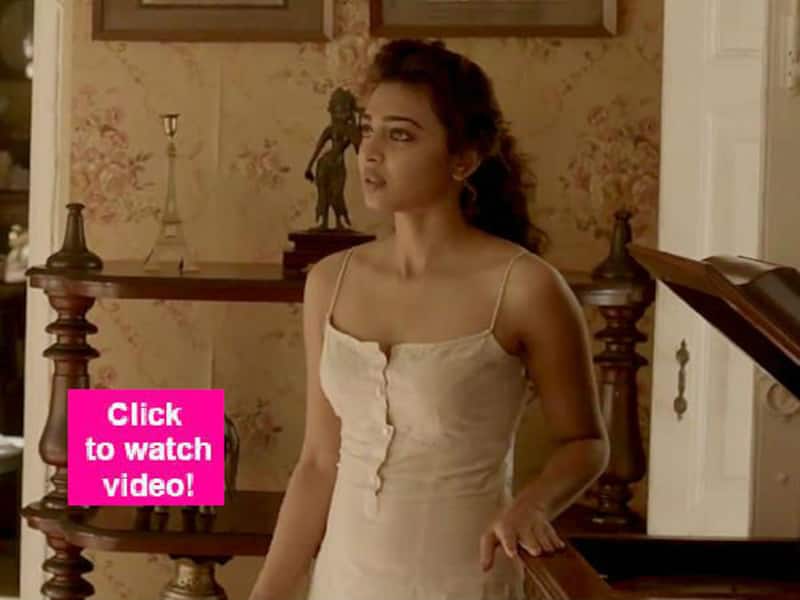 The Kahaani director's fresh take on the mythological story is a masterpiece!

Sujoy Ghosh's creative genius is not alien to us but add to it the cinematic radiance that Radhika Apte brings to the table and the celebrated talent of a stalwart like Soumitra Chatterjee and you have a masterpiece. Sujoy Ghosh's latest short film Ahalya, which he released on YouTube this morning, is quite a gripping re-telling of the age-old story of the mythological rishi-patni Ahalya from the Ramayana. Ghosh tells the story not as is but as how it was supposed to be! Also Read - Vikram Vedha: Budget of the Hrithik Roshan starrer skyrockets; becomes his most expensive film

In the Ramayana, Ahalya is referred to as Brahma's most beautiful creation bestowed upon the righteous said Gauthama Sadhu. The epic story tells how the king of Gods, Indra, envious of Gautham, takes his form with his magical powers and seduces Ahalya. As Gauthama catches Indra and Ahalya in the act, he curses his wife to become invisible and stay hidden in a stone sculture. Ahalya is relieved from her punishment after many years, at the touch of Lord Rama. Also Read - Vikram Vedha: Hrithik Roshan urged Pushkar-Gayathri to build sets in Dubai instead of UP; budget doubles? [Exclusive]

Sujoy Ghosh re-tells this epic saga by adapting it to the modern times, retaining the characters and their flaws. In his thriller, Ahalya is played seductively by Radhika Apte while Tota Roy Chowdhury plays Inspector Indra Sen. Soumitra Chatterjee is Gautama Sandhu. Also Read - Mouni Roy, Priyanka Chopra and more B-Town divas who upped the temperature by wearing saree without a blouse

The film starts as Inspector Indra knocks on Mr Sandhu's door to investigate about a missing model Arjun, who was last seen at Mr Sandhu's home. The moment he lays his eyes on Radhika aka Ahalya, who opens the door, he is besotted. Even while asking Sandhu about the missing person, Indra can't help take his eyes off Ahalya. Mr Sandhu, the ageing artist reveals that Ahalya is his wife and the one true inspiration in his life. A series of events unfolds as Indra commits the act of folly with Ahalya. What happens next? We won't ruin that for you!

The 14-minute short film gave us the chills. We could not have imagined a re-telling of an age-old mythological story done in the thriller genre. Watch Sujoy Ghosh's short film here and tell us in the comments section below what you thought of it!