Salman Khan's Sultan has been creating waves ever since it is announced and Salman's look from the film is making his audience even more impatient.

How cute they look together..

Salman Khan's Sultan has been creating waves ever since it is announced and Salman's look from the film is making his audience even more impatient.And now the first look of Sultan with his leading lady Anushka Sharma is out. Ever since Anushka's name was announced as the leading lady of Sultan, fans of the pair wanted to know how the duo would look together. And now the verdict is out. And it looks like Salman Khan and Anushka Sharma are going to be the hottest new jodi of 2016. Also Read - Unseen pictures of Anushka Sharma and Virat Kohli’s Rs 34 crore plush abode gives a glimpse into their extravagant lifestyle – view pics

This first-time screen jodi, apart from some serious wrestling, will also romance each other. Sultan is as much about the sport as it is about the lead pair’s love story. In the film, Salman Khan as Sultan, is called Haryana Ka Sher, and he falls heads over heels in love with Anushka, who is called Haryana Ki Shaan. The professional wrestlers, have an unusual and interesting love story. Also Read - WTF Wednesday: ‘Are you pregnant?’ Dear fans, stop asking women in Bollywood and TV this cliché question 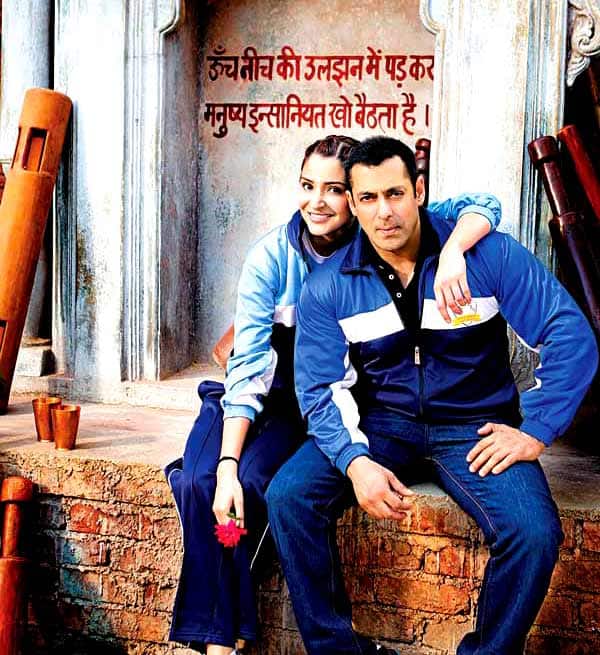 Anushka has been sweating out to give her best in the film and Sultan Salman has gone over a complete makeover for the film.You guys are making us desperate now!Post your comments below how hot Sher and Shaan look together..