Fans of the Salman Khan will watch Sultan despite the controversies surrounding the actor and the film. And we bet that these Bhai fans couldn't care less about the critics opinion. 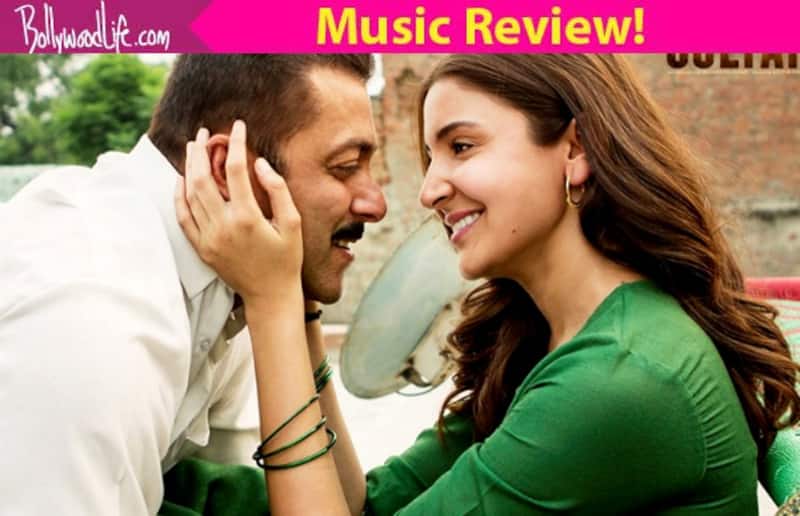 In some time from now the verdict on Ali Abbad Zafar's Sultan will be out...

Salman Khan and Anushka Sharma starrer Sultan will release tomorrow on Eid. Fans of the actor will watch the movie despite the controversies surrounding the actor and the film. And we bet that these Bhai fans couldn't care less about the critics opinion.

However, with just a few more hours left for the film's release we decided to soothe their nerves in Sultan style. Here's the music review ahead of Sultan movie review. And yes, whether the stars will be appreciated for their portrayal of Sultan and Aarfa or not the composer duo Vishal - Shekhar can take a bow too coz eight out of these nine tracks are really good. Irshad Kamil manages to keep Salman's fun image intact and at the same time pens lyrics that will inspire you especially the title track that also doubles up as the background number in the trailer. Read Sultan music review... Also Read - Malaika Arora pregnancy: Arjun Kapoor SLAMS media house for a fake report; Malaika Arora fumes 'F**king disgusting'

We bet Salman fans have already relished and started grooving to this fun number. Badshah and Vishal's power packed voice backs Salman's starry presence in the song. Badshah proves that he's soon becoming the new Yo Yo Honey Singh of Bollywood, his rap in fact manages to give Salman's crazy antics the perfect sound of music. Lyrically too the song blends with Khan's on screen persona and is quirky. So don't be surprised if you will be hearing this track at pubs, parties, family functions and even at the pandals during Ganeshotsav and Dahi handi. Also Read - Shah Rukh Khan to Salman Khan: MOST expensive vanity vans owned by Bollywood celebs that cost a fortune

Rahat Fateh Ali Khan's voice is magic and we bet that his fans will not be disappointed with Jag Ghoomeya. This song was to be originally crooned by Arijit Singh. However, Rahat makes this number his own and he transports you to a different zone with his vocals. The song however has a heard-it-before affect, blame it on Fateh Ali Khan's choice of songs in the past. But one thing is for sure that when Rahat will playback for Salman there will be no two thoughts about the audience not enjoying this number.

This Mika Singh songs starts on a great note but falters as it progresses. A problem most recent peppy numbers face these days. Now we know that Mika singing a song means a guaranteed hit. This number too shows signs of Mika's ability to pull off an absolutely average song and make it special, except that the tune ends up becoming a little too different from where it began. However, knowing both Salman and Mika's popularity this song might also become a popular track from the movie, but we aren't too impressed with this one.

Sukhwinder Singh has given many heroes that one anthem that is energetic and will just pump up the adrenaline and this Sultan track is exactly that. Singh manages to take you straight to Salman's character and associate with his exact feelings. Shadab Faridi and Sukhwinder find the perfect musical notes in Vishal-Shekhar's composition and Irshad manages to spin the magic with his words too. This is the song you would wanna have on your Ipod and playlist especially when you're working out or running, it has the potential to just instigate you to push boundaries. So those seeking inspiration here's your new anthem.

CUTE! Yes, that's what this newest Mohit Chauhan song is best described. Harshdeep and Mohit's rendition is easy on the ears and again an instant mood booster. There's an element of Kishore Kumar music in this song, guess the mouth organ and bare minimum instruments kind of give this song that special feeling. The romantic number is one that will most definitely become one of the most downloaded tunes. The Silk Route singer manages to give you a feel-good song and we cannot wait to see Anushka-Salman in this one. This is one of the top three songs from the album.

Take a bow Papon, you have rendered one of the most soulful tracks yet again. For those who love the typical Bollywood soothing number here's our pick. This song manages to touch you and move you, it strikes a chord - Papon's vocals, Vishal -Shekhar's music and Irshad's lyrics together are just perfect. Stop everything and listen to this number right away.

Vishal raps to the Sufi singers - Jyoti Nooran and Sultana Nooran's rustic voice and the outcome is beautiful. It has the Haryanvi feel that is common throughout the album, but more amplified than the rest of the numbers. The Nooran sisters voice is powerful and packs a punch, while Vishal is a true blue rockstar. This song will make you go Tuk Tuk!

While Rahat Fateh Ali Khan does full justice to his track, Neha Bhasin's rendition of Jag Ghoomeya will give you goosebumps. It's beautifully rendered and Neha manages to hold you with her passionate and heartfelt song.

Shekhar Ravjiani and the chorus team gives a short and upbeat number. Again like Sukhwinder and Shadab's song this is the high-energy song only the chorus just makes it more impactful.

What to do: Download Sultan songs right away! Yes, there's a good mix of fun danceable songs and the soulful music. Not to forget there is also music that will inspire. Our top 3 picks are - Rise Of Sultan, Bulleya and Jag Ghoomeya.

(First published on May 31)