A boycott trend against Aamir Khan's Laal Singh Chaddha and Akshay Kumar's Raksha Bandhan has been going on for a while. Suniel Shetty has extended his support to his industry colleagues amidst this cancel culture. 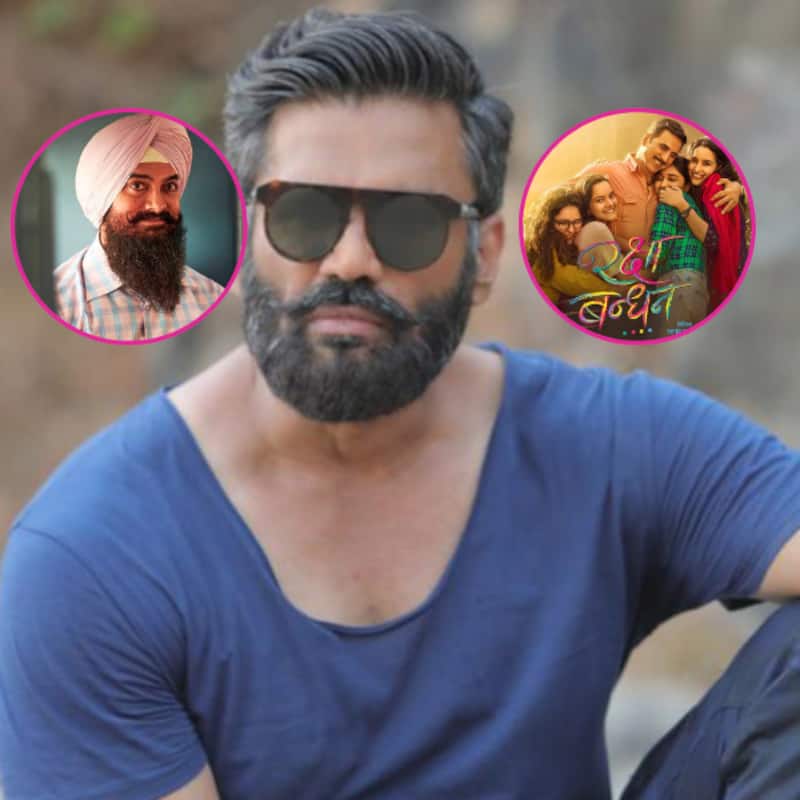 Aamir Khan's Laal Singh Chaddha and Akshay Kumar's Raksha Bandhan are releasing on 11th August 2022. They are two of the biggest Bollywood releases. Akshay and Aamir are bringing two very different films with very relatable messages to the audience. However, of late, this cancel culture and the boycott on Bollywood film has been a trend. #BoycottLaalSinghChaddha and #BoycottRakshaBandhan have been trending on Twitter for the last couple of weeks. And now, Suniel Shetty has come out in support of both the films and stars. Also Read - Laal Singh Chaddha: Aamir Khan goes back on his words; film premieres on OTT within 55 days of its release following poor box office collection [Read Deets]

Aamir Khan and Akshay Kumar have been trending in the entertainment news for the upcoming release of their film, Laal Singh Chaddha and Raksha Bandhan. Despite the two stars going all out on the promotions and the films bearing nice messages, they have been trending in the news as netizens have been calling for a boycott of Laal Singh Chaddha and Raksha Bandhan. Aamir Khan has been facing flak as some consider him and his films anti-national. On the other hand, Akshay Kumar's film is being called for a boycott due to alleged Hinduphobic tweets by writer Kanika Dhillon. Also Read - Kareena Kapoor Khan mobbed: Fan tries to hold actress for selfie at airport; netizens laud her patience – [Watch Video]

Suniel Shetty has now extended support to both the films and stars. While talking to ETimes, Suniel called the whole thing 'Unfair.' He adds that everyone works hard for their films to do well. While talking about Aamir, he said, if the actor wants, he could easily make 5 films a year but he chooses to do only one film. He says that calls for respect. On the other hand, while talking about Akshay Kumar, Suniel said he puts a lot of effort into entertaining the audience with multiple films every year. Furthermore, he added, "I hate this #BoycottBollywood campaign that is going on on Twitter. I always pray it stops because we are an industry too and there are a lot of people feeding off us." The handsome hunk actor adds that he prays that better sense prevails the masses who understand the hard work and dedication of a lot of people that go behind making one film. He says that he hopes that both Laal Singh Chaddha and Raksha Bandhan does good business. Also Read - Vikram Vedha box office collection day 1: Hrithik Roshan, Saif Ali Khan film's opening falls short of Brahmastra, Bhool Bhulaiyaa 2 and more Bollywood movies this year