Superman BEATS Batman hands down in the new Batman vs Superman: Dawn of Justice footage!

Henry Cavill will return as the Man of Steel, while Ben Affleck will take on from where Christian Bale left and don the Dark Knight suit in the new film! 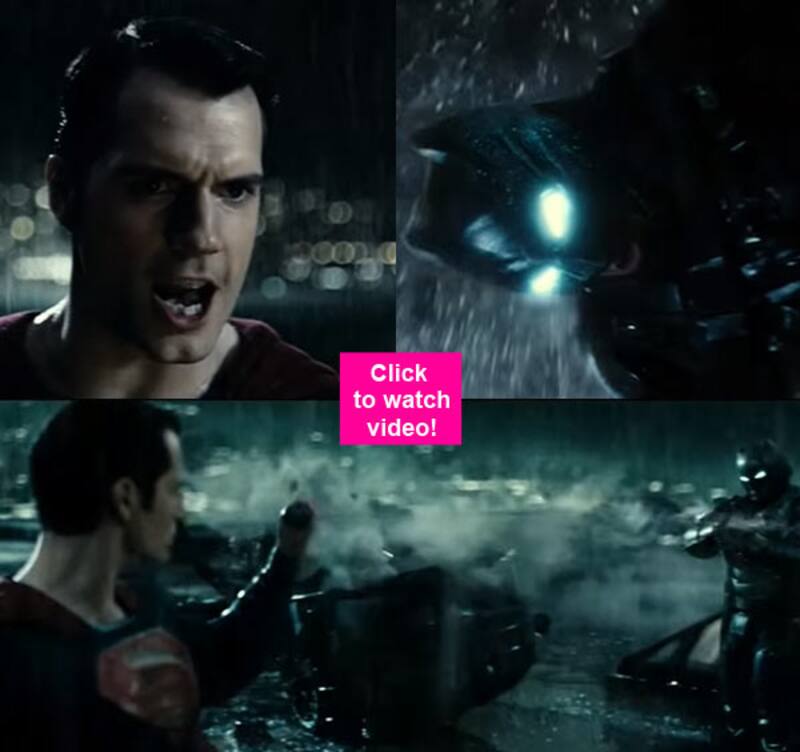 What was Batman even thinking taking on the strongest man on Earth?

...that's the question everyone will be asking seeing this new footage of Batman vs Superman: Dawn of Justice! Also Read - Jayeshbhai Jordaar star Ranveer Singh follows Spider-Man Tom Holland and Batman Robert Pattinson's footsteps before his film's release – here's how

This March, every comic geek will be quite excited! One of the biggest Smackdowns (pardon me for using the wrestling term) in the history of comic movie lore will be happening this March 25! Batman fighting Superman...and it's one hotly anticipated wrestling match! Also Read - Tiger Shroff's Heropanti 2 director director Ahmed Khan arrives in Batmobile to watch Batman; fans have bizarre reactions – watch video

Henry Cavill will return as the Man of Steel, while Ben Affleck will take on from where Christian Bale left and don the Dark Knight suit in the new film, that's directed by Zack Snyder. The trailers have been promising as well as middling at the same time. The first and the final trailers were awesome, however the second trailer was too spoiler-ish and gave too much away (including the fact that the 'vs' in the title won't hold long!). Also Read - Tom Cruise as Iron Man, Leonardo DiCaprio as Spider-Man and 7 more ICONIC Hollywood roles initially offered to other actors

As the final trailer is already done away with, expect more little footages from the film to be released till the film releases. One such scene was shown during the Jimmy Kimmel Live show, where Superman is shown thrashing Batman easily, destroying the Bat-signal in the process, and asking him to back down with a warning 'If I wanted it, you would be dead by now!' However, Batman likes to get beaten (might be a 50 Shades of Grey fan or may be he is inspired from Leo's The Revenant), so her up again and throws a smoke bomb to hide himself. When Superman clears through the smoke, he finds a very atypical Batman shooting at him, resulting in the most coolest scene of the footage!