The new twist has come after video footage from Sushant Singh Rajput's bedroom and building complex was accessed by Republic TV, showing a woman attired in a blue-and-white striped tee, talking to a man in a black shirt in the presence of police officials

The conspiracy theories surrounding Sushant Singh Rajput's mysterious suicide keep getting murkier by the day. Now, it has come to light that a strange woman had been spotted at Sushant's building on the day his body was found hanging from the ceiling of his apartment, 14th June 2020. The new twist has come after video footage from the actor's bedroom and building complex was accessed by Republic TV, showing a woman attired in a blue-and-white striped tee, talking to a man in a black shirt in the presence of police officials, later identified as the actor's house manager Dipesh Sanwat. The woman was also seen rushing into the late actor's complex on the day his cadaver was discovered. Also Read - Ankita Lokhande shares loved up picture with beau Vicky Jain; shares, 'Don't underestimate the beauty of gods love story for you' 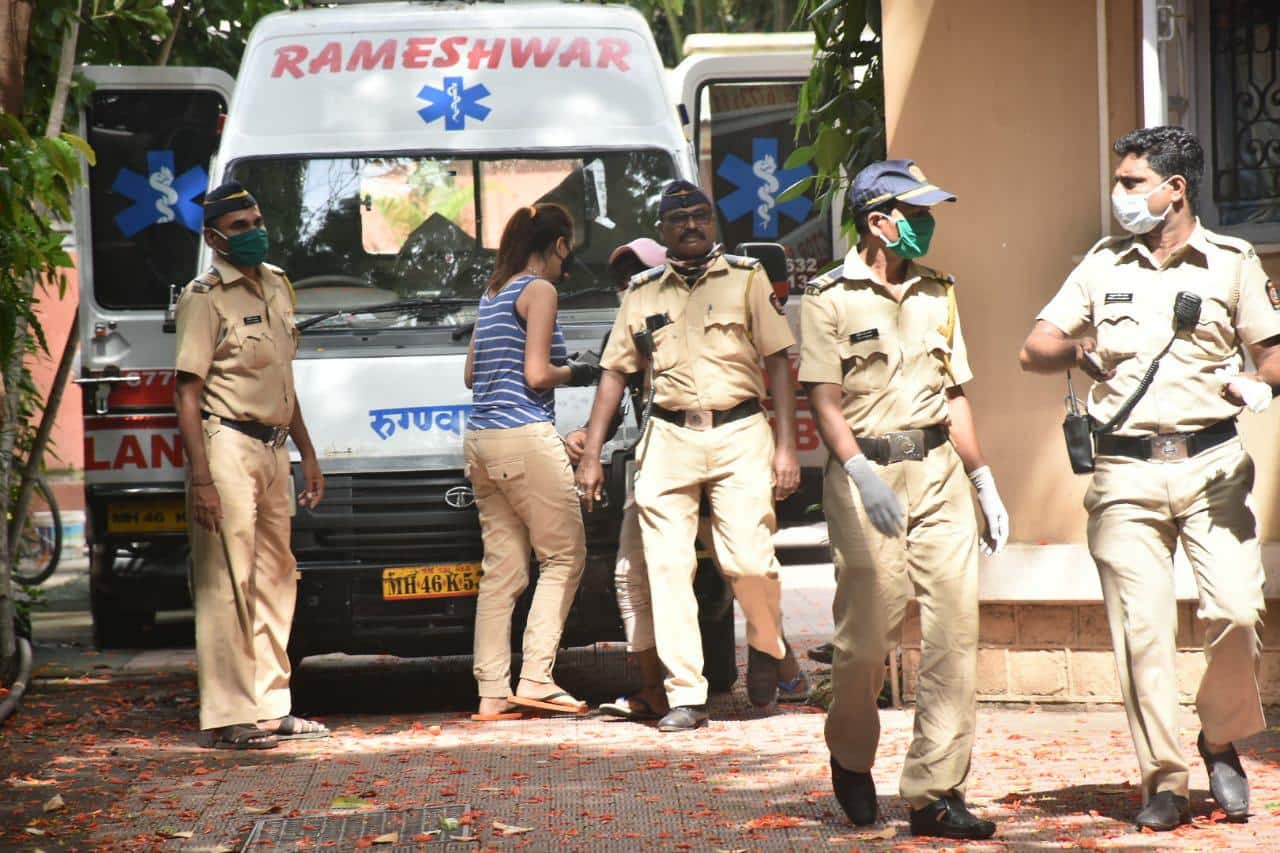 Now, in a sting operation conducted by Republic TV with the security guard of Sushant Singh Rajput's building, it has come to light that the lady is not a resident of the apartment complex, and could be a relative of the actor as only people closely associated with him were being permitted inside the premises at the time. The guard added that he's knows of SSR's family not being aware of who the woman is. Upon being probed further, he admitted that it was difficult to identify the mystery woman at the time as she was wearing a mask due to which he thought she could have been a relative. Also Read - Pavitra Rishta 2: Ankita Lokhande lists 5 reasons why one must definitely watch the show [EXCLUSIVE]

Meanwhile, Vikas Singh, the lawyer of Sushant's father, KK Singh, has raised doubts over the post-mortem report while talking to ANI. “The post mortem report that I have seen does not mention the time of death which is a crucial detail. Whether Sushant was hung after being killed or he died by hanging can be cleared with the time of death. Mumbai Police and Cooper Hospital will have to answer these questions. CBI enquiry is needed in this matter to know the truth. I think Mumbai Police is a professional force. But, it can only perform professionally when ministers allow it to do so. In high-profile cases like this one, politicians interfered and became a hindrance for police to their duty professionally,” he said.

We wonder what new twist awaits us in Sushant's death case.