Sushant Singh Rajput's case is under investigation and ED is investigating the money laundering angle from the FIR filed by the actor's family against Rhea Chakraborty and several others.

Sushant Singh Rajput was found dead at his apartment in Mumbai on 14th June 2020. It had shocked everyone and we still cannot come to terms with the actor's sudden and tragic end. We cannot imagine what his family would be going through and just pray that they and the late actor get justice. Sushant's family has filed an FIR against Rhea Chakraborty, her brother-Showik and others. They have accused the named individuals of money laundering and abetment to suicide. Sushant Singh Rajput's ex-girlfriend and actress Ankita Lokhande had been actively seeking justice for the actor as she does not believe he could be depressed as claimed by certain doctors. Recently, ED who has been investigating the money laundering angle from the filed FIR had said that the late actor had been paying EMIs of Ankita and Sushant's joint apartment in the city. Also Read - Bigg Boss 15: Is Raqesh Bapat entering Salman Khan's show? Bigg Boss OTT finalist reveals [EXCLUSIVE]

Last night, the Pavitra Rishta actress had ceased the allegations by sharing the pictures of her bank statements on her social media handles. Now, Sushant Singh Rajput's sister, Shweta Singh Kirti has extended her support to Ankita and called her an 'Independent woman,' and said that she is proud of her. "You are an independent woman and I am proud of you my girl!," Shweta commented on her post. Also Read - From Divyanka Tripathi to Nia Sharma: 10 TV actresses who garnered massive fan following and huge career growth in a short span

Actor Mahesh Shetty also commented on Ankita's post and said, "You don't need to explain your self we are proud of you." Have a look at their comments here: Also Read - Trending TV news today: Anupamaa's Rupali Ganguly and Gaurav Khanna get goofy on Baspan Ka Pyaar, Kamya Panjabi regrets not meeting Sidharth Shukla and more 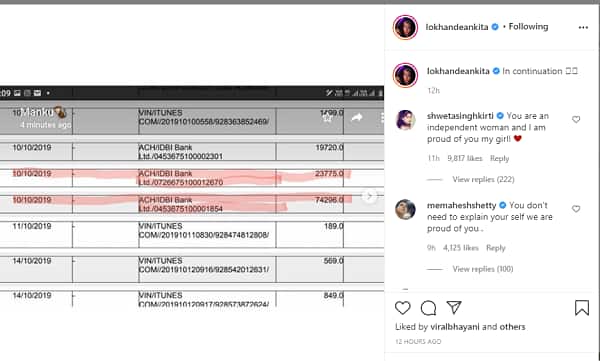 Ankita's beau, Vicky Jain had heaped praise for her in the comments when she shared the property papers and bank statements. "Hats off miss lokhande," he wrote to which the actress replied saying, "thanku thanku thanku and thanku for being my strength." Have a look at their exchange in the comments here: 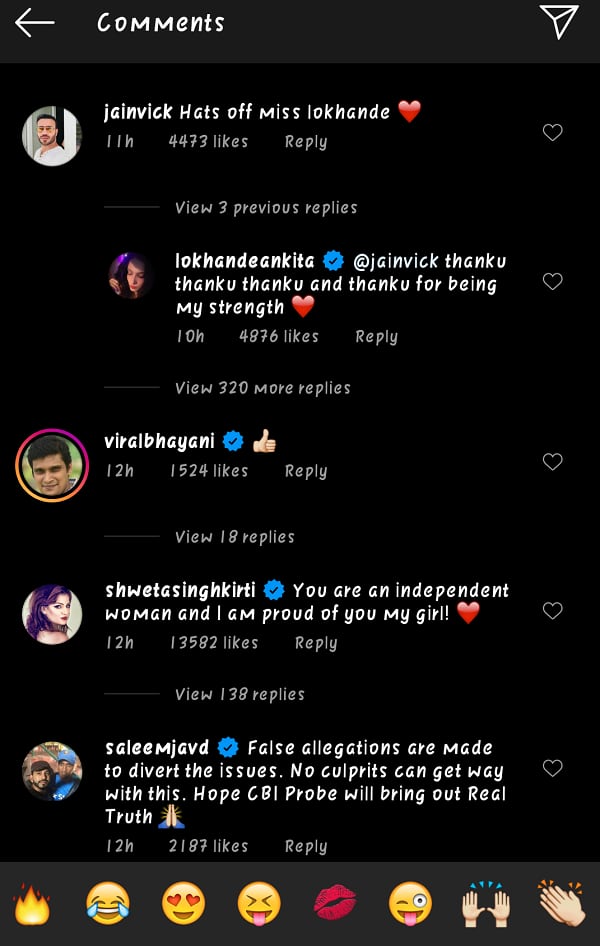