Rhea Chakraborty is reportedly among the 35 accused in the draft charges done by the Narcotics Control Bureau in Sushant Singh Rajput's death case. 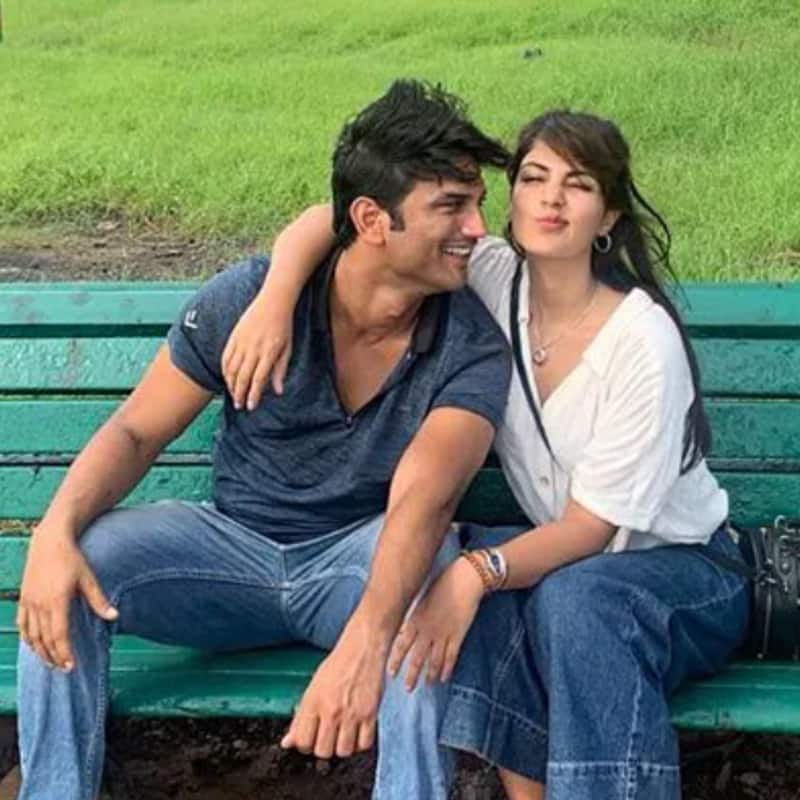 Sushant Singh Rajput passed away on June 14, 2020. The actor was reportedly found hanging in his apartment in Bandra. Post his demise, a huge controversy followed. Rhea Chakraborty, his then girlfriend, found herself in a huge mess as his family filed a complaint against her. Rhea was also arrested and jailed by the Narcotics Control Bureau in the drugs case related to Sushant Singh Rajput's death. As per the latest updates, NCB has now filed the charges draft and included Rhea's name in this case. Also Read - Entertainment News Today: Rhea Chakraborty finds love again two years after Sushant Singh Rajput's demise; Sidharth Malhotra-Kiara Advani's wedding guest list and more

Rhea Chakraborty received deliveries of ganja?
As reported by Etimes, NCB in the draft filed on Tuesday has mentioned that Rhea Chakraborty received many deliveries of Ganja and she made the payments at the instance of brother Showik Chakraborty and late actor Sushant Singh Rajput. "Rhea Chakroborty received many deliveries of ganja from accused Samuel Miranda, Showik, Dipesh Sawant and others and handed over those deliveries to the late actor Sushant Singh Rajput," says the charge draft as reported. In total, around 35 people have been named in the draft and charged under relevant provisions of the NDPS Act. The list includes sections 27 and 27A (financing illicit traffic and harbouring offenders) 28 (punishment for attempts to commit offences), 29 (whoever abets, or is a party to a criminal conspiracy), as per the draft charges. Her brother Showik was also arrested by the NCB. Also Read - Rhea Chakraborty has found love again post Sushant Singh Rajput and is in a relationship with Bunty Sajdeh [Reports]

Sushant Singh Rajput death case
After the Kai Po Che actor's demise, his family filed a case against Rhea Chakraborty and reportedly accused her of abetment of suicide, and a lot more. She was even accused off using his money to live a luxurious life. After the Mumbai police, three agencies got involved in this case. The Enforcement Directorate, CBI and Narcotics Control Bureau got involved to probe Sushant Singh Rajput's death. His fans still demand for justice for him. Also Read - Does Bollywood Mafia really exist? Directors of Ram Setu, Bhool Bhulaiyaa 2 and more reveal the truth