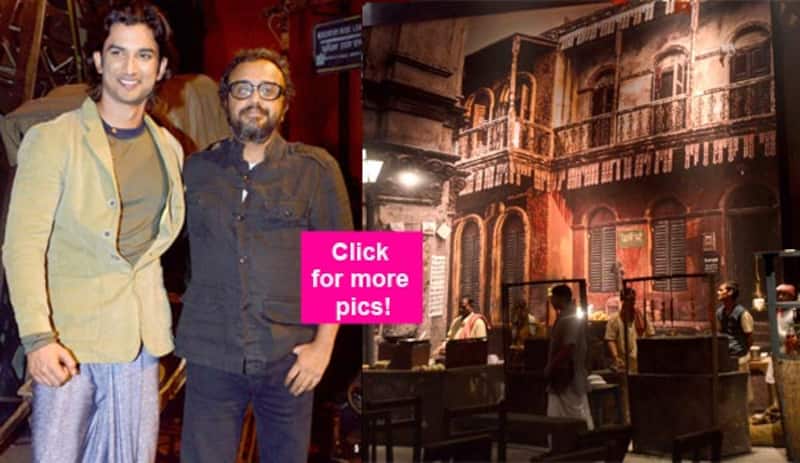 The PK actor talks about his latest film during the trailer launch- View pics!

Playing the titular role in Dibakar Banerjee's period sleuth film Detective Byomkesh Bakshy was challenging for actor Sushant Singh Rajput and he says he has worked very hard to get his act right in the movie.
The 29-year-old actor, who celebrates his birthday yestarday, said that before doing the film he did his fair share of research on Bengali literature's most loved fictional detective created by Sharadindu Bandyopadhyay. "I knew that I had the resources and researches. The bottom line was the authority to play the character Byomkesh. Also Read - Dussehra 2022: Rhea Chakraborty holds brother Showik close as they attend Maha Navamai Aarti at Rani Mukerji's Durga Puja Pandal

I was aware of what not to do on-screen. Filmmaking is all about what we like to do on-screen. We have attempted that in the film. I have worked very hard to perform the character," Sushant said during the trailer launch of the movie here. The film is set in Kolkata and has been extensively shot in the city besides Mumbai. Sushant said that being a foodie, he had a great time shooting in the City of Joy. Also Read - Ghum Hai Kisikey Pyaar Meiin: THIS TV star rejected the lead role of Virat Chavan played by Neil Bhatt

"I am a big foodie so I love all the good food specially mishti dahi. Before I started shooting for the film, I went to Kolkata and learnt few things about the food. After knowing all the stuff from Kolkata I think I am a Bengali now," he said. The film also stars Bengali actress Swastika Mukherjee, who plays the female lead. The pair have shared a passionate kiss in the movie, which is being touted as the longest kiss ever in a film. Also Read - Sana Amin-Aijaz Sheikh, Nisha Rawal-Karan Mehra: SHOCKING splits of these TV celebs left fans heartbroken

When asked about it, Sushant said, "I have not sat with a watch while doing the scene, so I can't tell you if it was the longest kissing scene. But I can tell you one thing that I didn't know about the kissing scene which I was supposed to shoot. It was a surprise for me." Talking about the same Dibakar said, "I am thinking of cutting the kissing scene from the film because just to watch that particular scene people will miss the scene and the dialogues."