After breaking up with Rohman Shawl, Suhsmita Sen has moved on with former IPL creator Lalit Modi, and the man's chequered past has led to many sharing their unwarranted two cents on the actress' relationship 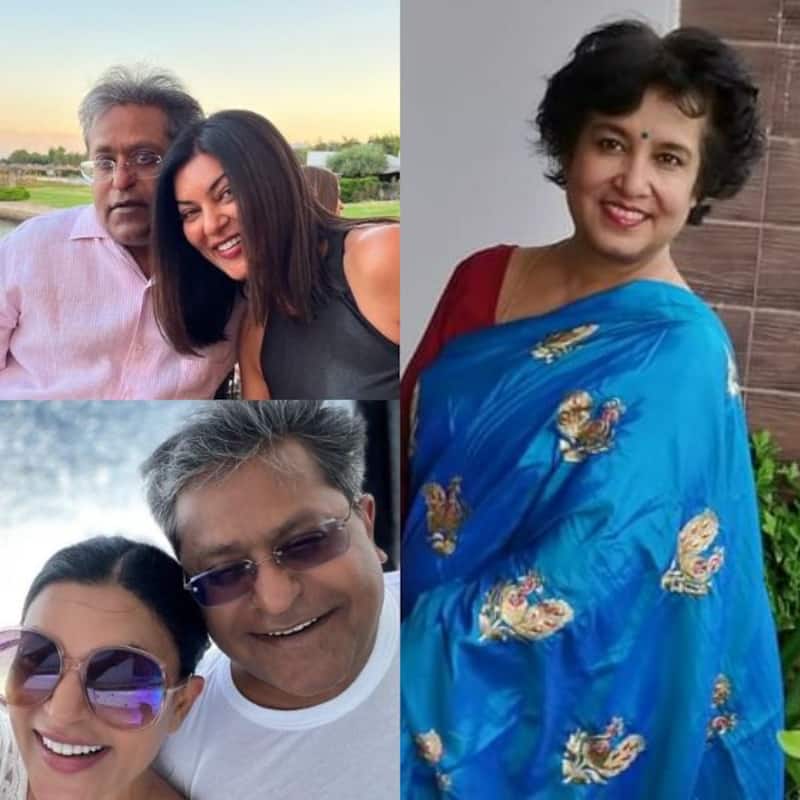 Sushmita Sen has suffered quite the heartbreaks throughout her life, with the latest being her erstwhile relationship model Rohman Shawl. After ending her relationship with Rohman Shawl albeit on an amicable note, Sushmita Sen has opened up about focusing on herself and her family. So, it seemed quite possible that the ex-Miss Universe was in no mood to get into another relationship, at least anytime soon. Well, all those possibilities can now be sent for a toss as her new beau has been revealed – Lalit Modi, mostly known for being the brainchild behind the IPL before unceremoniously being sent packing from it, is now dating the Aarya actress. Also Read - Ponniyin Selvan star Jayam Ravi REVEALS what Rajinikanth told him about the movie and his performance; shares, 'Added a whole new meaning...'

Controversial author Taslima Nasreen has now shared her two cents about Sushmita Sen and Lalit Modi's relationship without being asked. Recounting her first meeting with the erstwhile Miss Universe, Taslima wrote: “I met Sushmita Sen only once. Met at Kolkata airport. She hugged me and said I love you. There is no one taller than me in the area, so standing next to me I felt suddenly bent. I could not easily remove my eyes of fascination from her beauty. I liked Sushmita Sen's personality the most. Adopted two daughters at a young age. Liked her honesty, bravery, awareness, self-reliance, liked her firmness, uprightness.” Also Read - After Adipurush teaser launch 'We Want Ra One Back' trends as Shah Rukh Khan fans remember it had amazing VFX [View Tweets]

Further on in her post, the writer continued, “But Sushmita is now spending time with a very unattractive person involved in various crimes. Because the man is very rich? So she was sold to money? Maybe she is in love with the man, but does not want to believe that she is in love. For those who fall in love with money, I lose respect very quickly.” Check out her entire post below: Also Read - Bigg Boss 16: Rapper MC Stan walks out from Salman Khan's reality show in the first week? 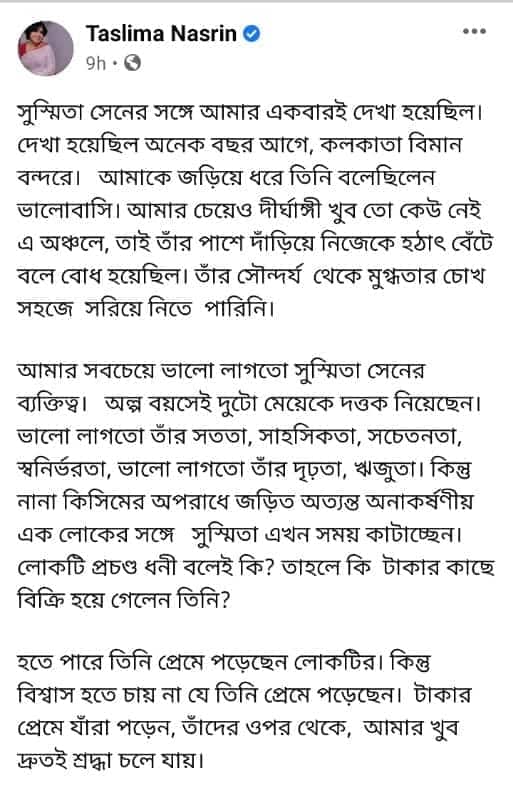 Meanwhile, Sushmita has simply commented about her much-talked about love life by simply sharing a post with the two daughters and stating that she's happy where she is, not married, no ring, just surrounded by unconditional love.