While Sushmita Sen has maintained silence about her relationship status with Lalit Modi, the former Miss Universe reunited with her ex-boyfriend Rohman Shawl to celebrate her mother's birthday with other family members. 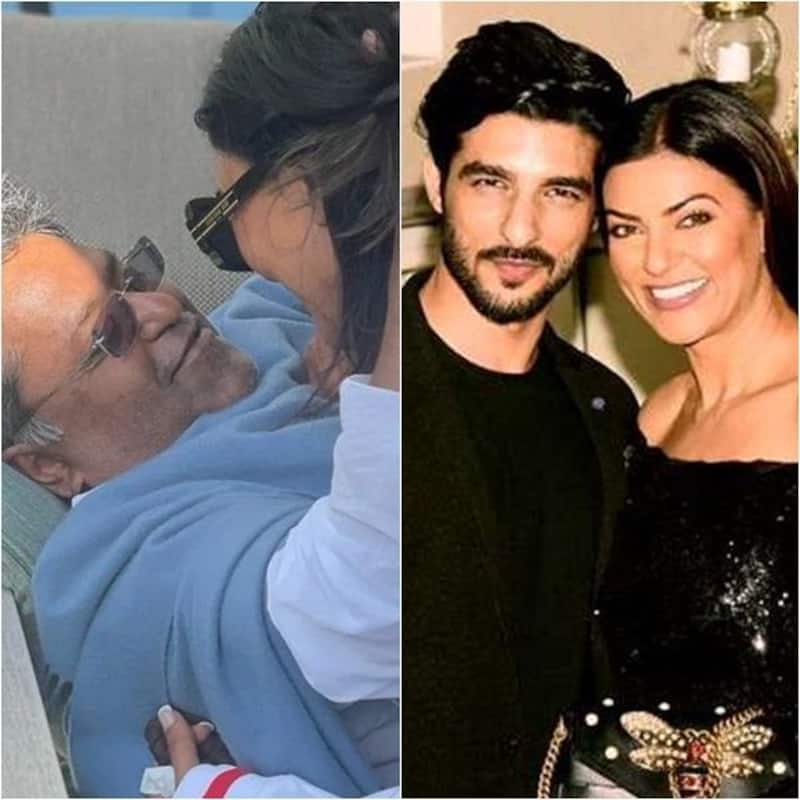 Sushmita Sen has been in the news after former IPL Chairman Lalit Modi made their relationship official on social media. While Sushmita has maintained her silence about her relationship status with Lalit, the former Miss Universe reunited with her ex-boyfriend Rohman Shawl to celebrate her mother's birthday with other family members. Also Read - Akshay Kumar Birthday Special: When Raveena Tandon caught the actor red handed with these two actresses [watch video]

On Monday, Sushmita went live on Instagram, giving a glimpse to her fans into their family celebration. As she continued to interact with fans along with her mother, Rohman was seen in the background engaged in a deep conversation with Sushmita's daughters and other members. Rohman's appearance with Sushmita amid her relationship with Lalit Modi has raised many eyebrows. Also Read - Queen Elizabeth II dies at 96: Kareena Kapoor Khan, Anushka Sharma and celebs react to the demise of the longest-serving monarch of the UK

Sushmita and Rohman began dating in 2018. They were pretty open about their relationship and kept giving major couple goals with their never-ending PDA on social media. Both Sushmita and Rohman were seen bonding with each other's families. However, their romance was short-lived. The two parted ways last year but they continued to remain friends. Also Read - ICYMI: Vijay Deverakonda against Mike Tyson's cameo in Liger; Kareena Kapoor Khan-Saif Ali Khan rushed exit sparks fight rumours and more

Recently, Lalit Modi shocked everyone when he shared cosy pictures with Sushmita on social media and called her his better half. He also said that he intends to marry her. Following his announcement, Sushmita was brutally trolled by netizens and intellectuals who labelled her as a gold digger. Sushmita shot back at the trolls and made a statement that she prefers diamonds over gold adding that she still buys her own diamonds.

Lalit, on the other hand, has been taking potshots at people for taking extra interest in his love life instead of focusing on country's burning issues like the economy, falling rupee and more.