Condemning people blaming Karan Johar for Sushant Singh Rajput's death, Swara Bhasker said that one can dislike the filmmaker for promoting nepotism or his ways of doing things but he is not a murderer. 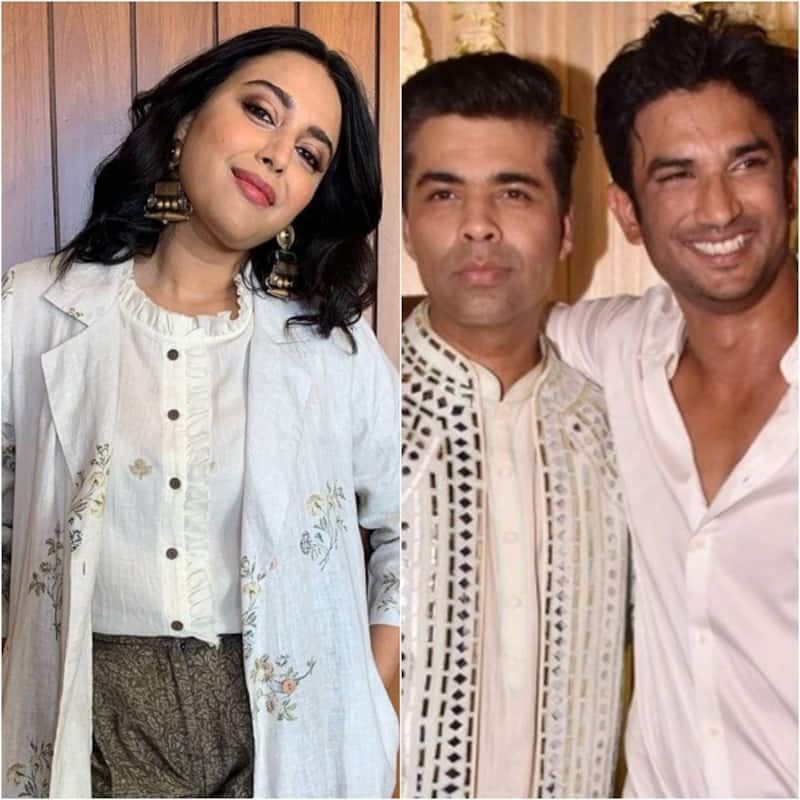 Karan Johar has been baring the brunt of constant trolling for promoting nepotism in the entertainment industry ever since Sushant Singh Rajput died by suicide in 2020. Many people including Kangana Ranaut blamed the filmmaker for Sushant's death. Condemning people, Swara Bhasker said that you can dislike Karan Johar for his ways of doing things but he is not a murderer and blaming the filmmaker for Sushant's death is unfair. Also Read - Koffee With Karan 7: Karan Johar confirms Vijay Deverakonda is 'officially single'; rumoured affair between Rashmika Mandanna and Liger star put to rest

"Aapko Karan Johar ki filmein ghatia lag sakti hain, uske nepotism se dikkat ho sakti hai. Lekin aapki dikkat aur aapki dislike ka matlab ye nahin hai ki vo kaatil hai (You can say a lot of things about Karan Johar, you can say his films are obnoxious or that you have issues with him for promoting nepotism in the industry, but your dislike and issue with him doesn’t mean that he is a murderer),” Swara told Connect FM Canada. Also Read - Entertainment News Live Updates 29 September: Did Karan Johar and Ayan Mukerji have creative differences over Brahmastra? Know the truth

Coming down hard on the industry, Meetu said in her Instagram post that 'Sushant's Brahmastra is enough to destroy this Bollywood'. Not just that, but Meetu further said that the Hindi film industry has always tried to dictate and never showed mutual respect and humility. She also questioned how can these people be the face of this country.

Karan Johar has been openly addressing his incessant trolling on social media over nepotism on his popular chat show Koffee With Karan 7. He seems to have come to terms with it by choosing not to react to any kind of criticism or allegations against him.