In the coming episodes of Swaragini, the police will discover that Ragini has replaced Sanskaar inside the jail. 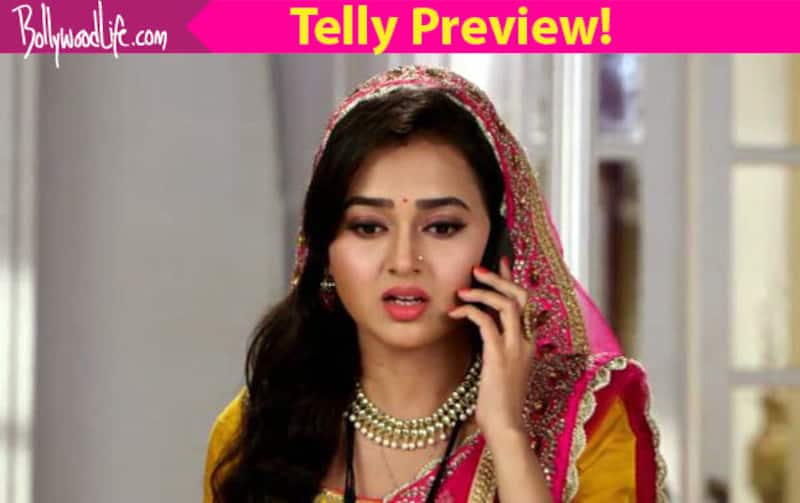 In the coming episodes, we will see Ragini entering the jail in place of Sanskaar. Yes, in tonight’s episode, we will see Swara (Helly Shah) and Ragini (Tejaswi Prakash Wayagankar) planning to rescue Sanskaar (Varun Kapoor) from jail. The ladies will create a smoke effect outside the premises, which will lead to false fire alarm. Everyone will run from there and in the confusion, Ragini will enter the jail to replace him. Also Read - Shivangi Joshi, Tejasswi Prakash, Helly Shah and other TV actresses who successfully juggled work and education [View Pics]

In last night’s episode, we saw how Ragini came face to face with Tania Malhotra. As per the episode, it seems like Tania and Kavya (Roop Durgapal) swapped identities at the juvenile centre. Fans have pointed out that it is quite similar to the American series Revenge. Also Read - From disrespecting Hina Khan, Helly Shah for their Cannes appearance to calling Nayanthara a lesser star; 5 times Karan Johar proved he needs to think before he speaks

In the coming episodes, it seems like Ragini’s plan will be exposed. In the mean time, Swara will try to solve the mystery of the real Tania Malhotra. Also Read - Koffee With Karan 7: Netizens call out Karan Johar for 'disrespecting' Hina Khan and Helly Shah while talking about Indian representation at Cannes 2022

There is buzz that the girl shown as Tania is actually Kavya, who is the servant’s daughter. Fans are displeased over the constant detective tracks in Swaragini. They are missing the romance between Swara and Sanskaar.

However, fans of Ragini and Lakshya (Namish Taneja) are happy because the couple seems to be finally bonding. They will share some emotional moments in jail. Swaragini’s current track is revolving around the mystery of Plot No. 211 and who wants revenge from Lakshya for his mistake. Stay tuned for more updates…