While Rajkumar Hirani's Dunki has been a golden opportunity for her, Taapsee Pannu said that Shah Rukh Khan's journey felt personal to her since the superstar had a humble beginning just like her. 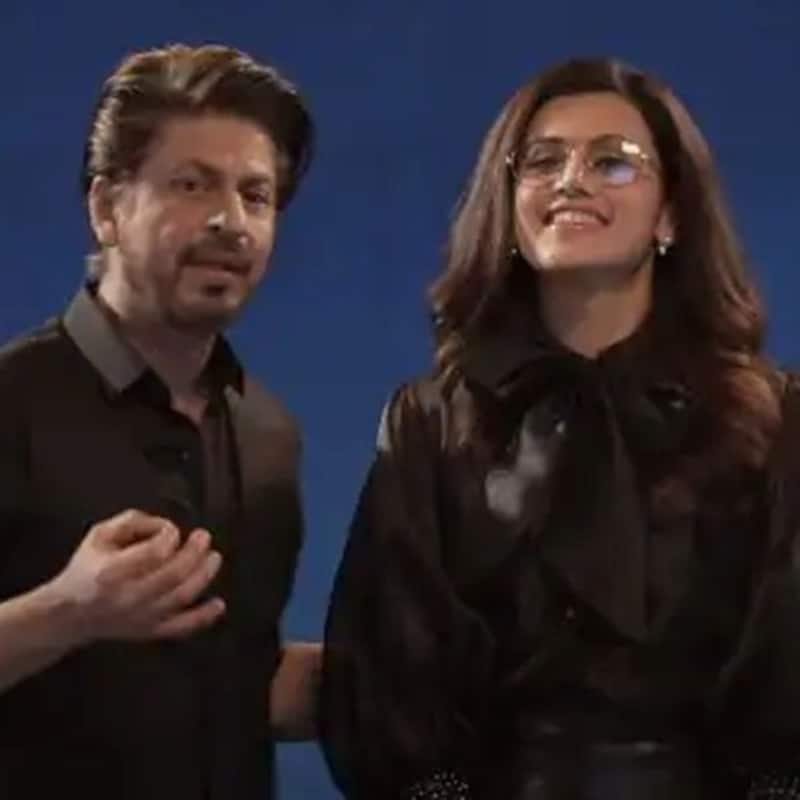 Taapsee Pannu is over the moon as she will be sharing the screen with Shah Rukh Khan in Rajkumar Hirani's upcoming film Dunki. While the film offer has been a golden opportunity for her, Taapsee said that SRK's journey felt personal to her since the superstar had a humble beginning just like her and comes from the same place, Delhi. Also Read - Pathaan Shah Rukh Khan gets annoyed as a fan tries to hold him; Aryan Khan trends as he turns into a protective shield for his father [WATCH]

She told a news agency that Rajkumar Hirani's films are all classics and with Shah Rukh in it, it has become even better for her. She also expressed her nervousness on whether she will be able to live up to expectations or not while working in front of industry stalwarts. Taapsee has earlier worked with SRK on Badla and now she will be seen with him in Dunki. Also Read - Koffee With Karan 7: Taapsee Pannu says her s*x life isn't interesting enough to be on Karan Johar's show; 5 times the actress created a stir with her controversial statements

This is the first time SRK is playing a protagonist in Hirani's film. Earlier the filmmaker delivered some of the celebrated films with superstars like Aamir Khan, Sanjay Dutt, Ranbir Kapoor among others. Also Read - Kaun Banega Crorepati 14: Amitabh Bachchan and ex-host Shah Rukh Khan's per episode salary will pop your eyes out

Taapsee, who is playing a pivotal part opposite SRK in the film, had said, "I am beyond excited to embark on this journey and be a part of this very special film. It's my first time working with Rajkumar Hirani and Shah Rukh Khan, two people who I deeply respect and admire."

The film is written by Rajkumar Hirani, Abhijaat Joshi and Kanika Dhillon. The film is JIO Studios, Red Chillies Entertainment and Rajkumar Hirani Films presentation. The first schedule of the film went on floors this April and the next schedule being shot extensively in Punjab.