Kareena Kapoor had a chill weekend with other Kapoor women

Finally Kareena Kapoor Khan is here to make our day better. It's been a while since we spotted her anywhere and so, we weren't even been able to get you the latest detail. But now we have something for you. Kareena along with her son Taimur and sister Karisma Kapoor who too got her son Kiaan and daughter Samaira along, were spotted coming out of their mother Babita's house. They had a small get together at her house which was well attended. Randhir Kapoor too was seen there.

Also Read - SAY WHAT! Saif Ali won't be able to give a penny from his Rs. 5000-crore property to sons Taimur Ali Khan or Jeh? Here's why

While Kiaan and Karisma waved at the paparazzi looking completely at ease with the attention, Kareena didn't really look too enthused about getting clicked by the paps. Taimur was inside the car. We couldn't get a glimpse of his face but it seems he was sleeping. They all zoomed out of the residence after their sweet Kapoor gathering was over. It really is a great way to spend your weekend. With family and friends around, you can laugh, have fun and eat some really good food. But we wonder why Saif Ali Khan was missing from this gathering. Guess Bazaar is keeping him busy. Check out the pictures right here.. Also Read - Oops: Janhvi Kapoor's Marilyn Monroe moment as the wind blows up her little floral dress goes viral 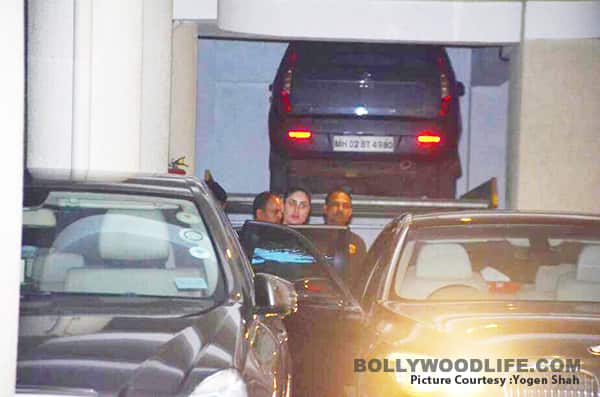 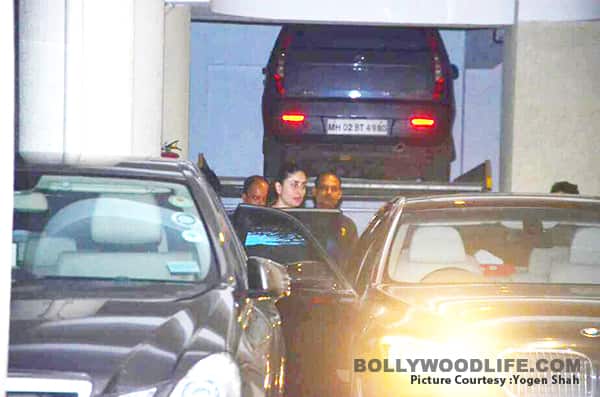 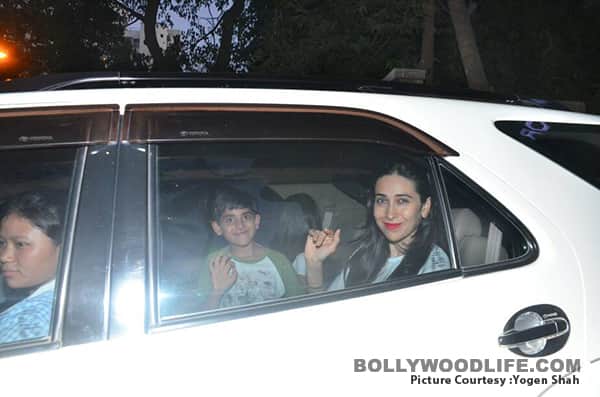 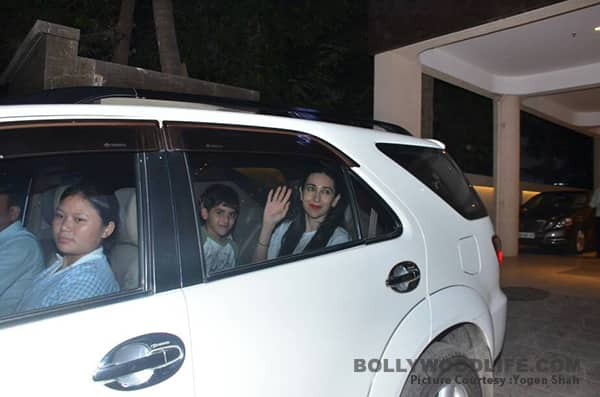 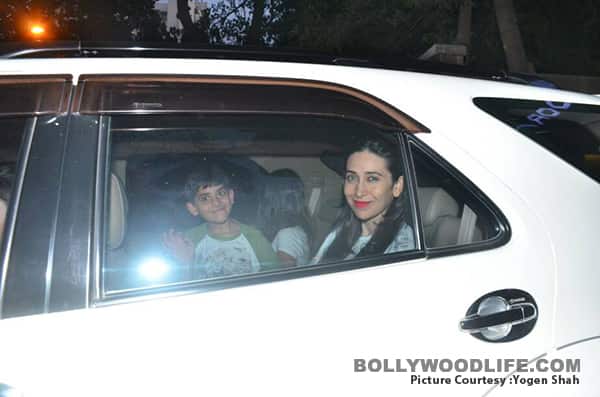 Kareena Kapoor will be seen next in Veere Di Wedding. Ekta Kapoor only recently announced that the film is happening for real with a post. But there has been further delay. The film was supposed to go on the floors in May but will only start rolling from August. Rhea Kapoor had confirmed the development to India Today saying, "Yes, it’s going to go on the floors in August and we would be shooting a little bit of it in May though, minimally, but Sonam is going to finish Padman and Dutt first. And of course Kareena, she has not really gone away. She just had a human being and now it’s going to be her time to get back to work and I am so excited. So August seems like the ideal time and we will finish it in one shot. It’s a 55-day film and it’s going to be great.”