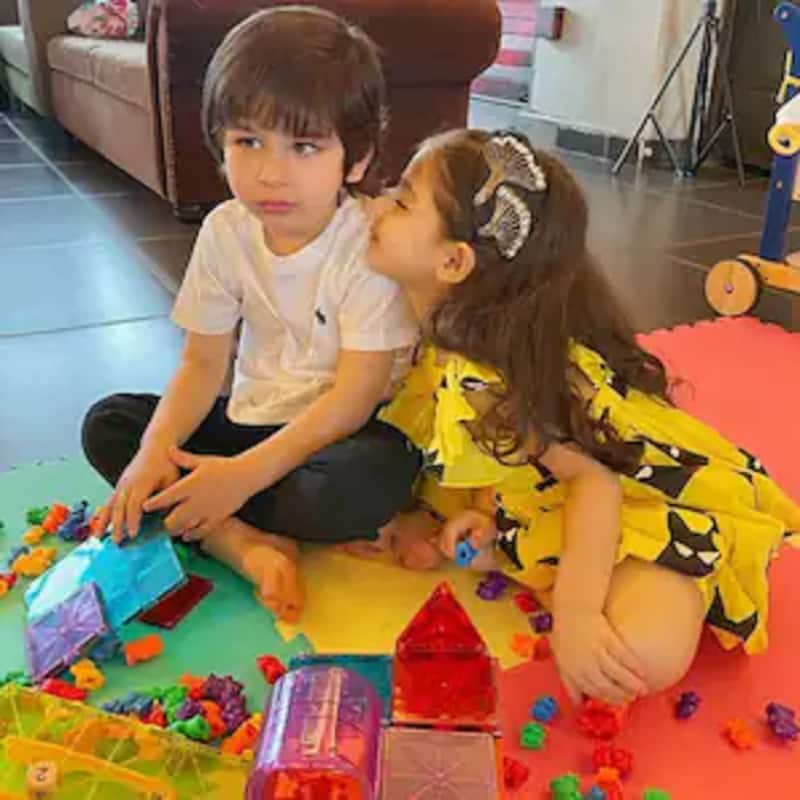 Alia Bhatt and Ranbir Kapoor's daughter Raha Kapoor is already a star in the Kapoor family and her uncles and aunts are dying to meet her and take her in their arms one of them is our Bollywood actress Kareena Kapoor Khan who had dropped all the love on Raha and said that she cannot wait to hold her in her arms. But do you know that not only Bebo but even Taimur Ali Khan is very excited to have a baby sister in life after Innaya. Also Read - Kareena Kapoor Khan's sons Taimur and Jeh go for an animal safari but look utterly disinterested [View Cutest Pics]

An insider reveals, "The day Raha was born Kareena told her elder son Taimur that now he the eldest brother of one more sibling and it's his baby sister who has born today and Taimur couldn't contain his excitement to see her and hold the little much in his arms". But like it is reported that till now there have been no visitors and the entire family will have a gathering to meet baby Raha Kapoor soon. Also Read - Kareena Kapoor Khan, Saif Ali Khan's unseen pic with baby Taimur is breaking the internet now

The insider further adds, "Taimur is very excited to the gathering, and this will happen when Raha turns one month old on December 6, she is indeed the biggest joy for the entire Khandaan." It is also said that the little munchkin has all the looks of Kapoor family. Also Read - Kareena Kapoor Khan-Taimur Ali Khan to Priyanka Chopra-Malti Marie Chopra Jonas: Bollywood celebs who love twinning with their kids

Alia Bhatt too is back in the game, and she is looking absolutely fit and gown and her eight lost post pregnancy is indeed commendable and this only shows that she cannot stay away from the cameras and her love for cinema is intact, she is an entertainer and will continue working till her last breath. There was also a strong buzz that Alia and Ranbir might soon shift to their Bandra Kapoor bungalow along with daughter Raha Kapoor.