Tanu Weds Manu Returns: 11 dialogues of Pappiji that will take you on a laughter riot

Deepak Dobriyal, who played Pappi in the Tanu Weds Manu franchise, deserves the loudest applause in the room. His spot-on performance and timing literally breathed life into this blockbuster

With Tanu Weds Manu Returns, Kangana Ranaut once again showed us her acting mettle but we can't deny the fact that even Deepak Dobriyal's witty one-liners won our hearts and instantly took us on a laughter riot. As Tanu Weds Manu Returns is enjoying a good viewership on Zee 5, we bring you 11 dialogues of Pappi ji, which will crack you up in seconds. Also Read - BL Recommends: From Irrfan Khan's Angrezi Medium to Shah Rukh Khan's Lion King - Father’s Day films to binge-watch with your daddy dearest 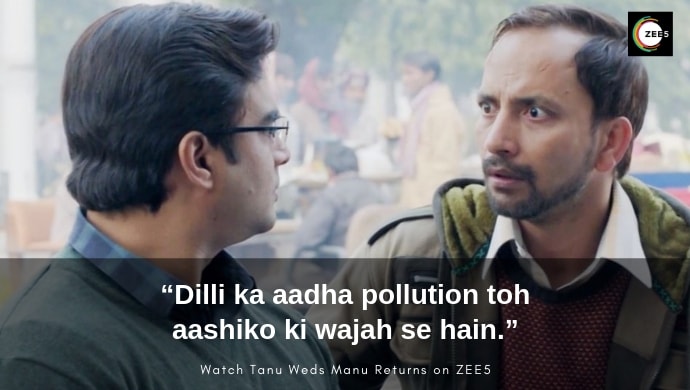 Deepak Dobriyal, who played Pappi in the Tanu Weds Manu franchise, deserves the loudest applause in the room. His spot-on performance and timing literally breathed life into this blockbuster. Check out some of his hilarious punchline that followed with crazy antics and expressions in the film here: Also Read - Kriti Sanon remembers Sushant Singh Rajput as Raabta turns four; says, 'Little did I know that it would be our first and last'

2. Only Salman Khan can have commitment issues, roger that 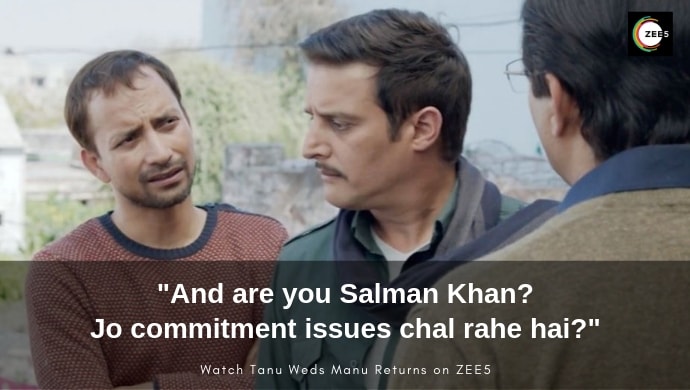 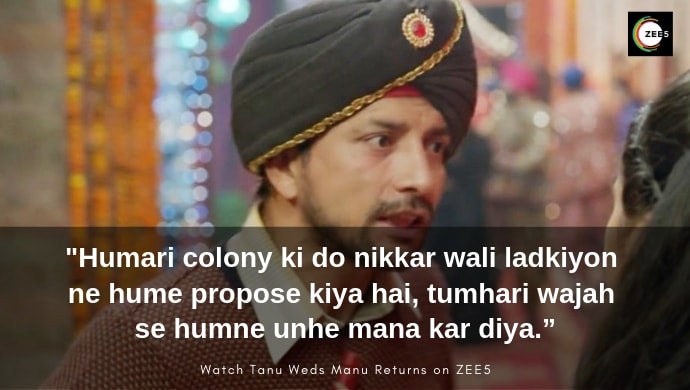 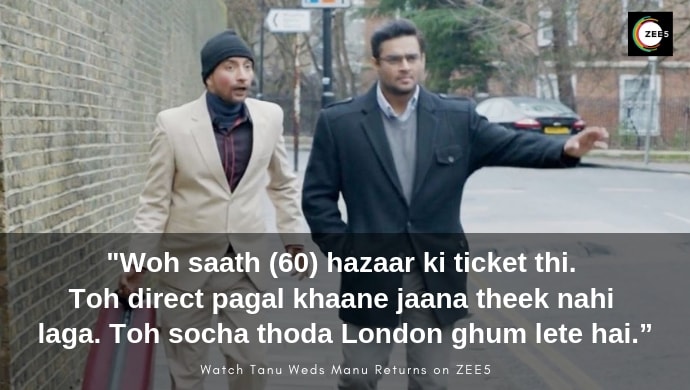 So what if your wife got you locked up in a mental asylum?

5. Pappi ji has a metaphor for every situation in life, legit! 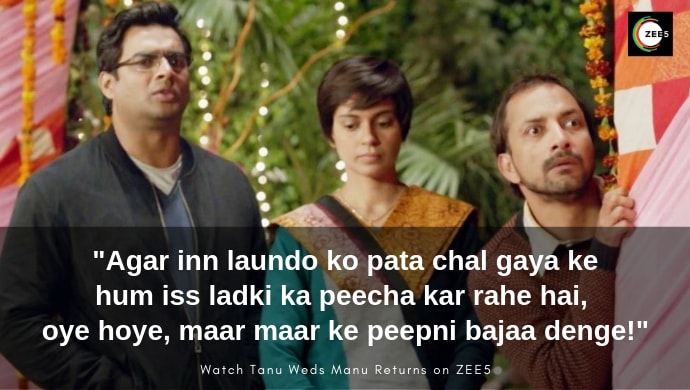 FYI: Peepni is a toy that makes a weird sound when pressed.

6. Trust Pappi to come up with the exact reference for all that he wants to tell you 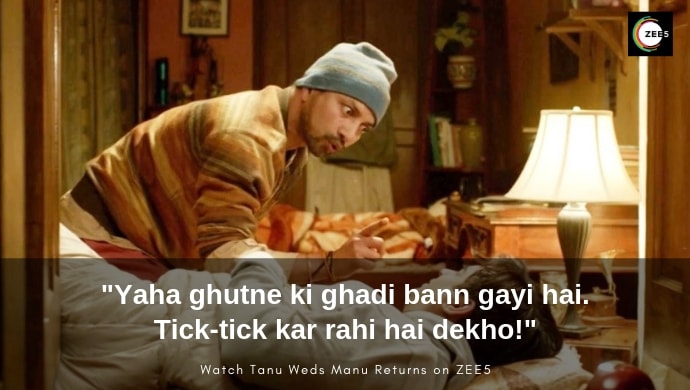 Stalkers beware, you could end up with knees that run like a clock’s needles.

7. Thank you for coming to Pappi ji’s TED talk. 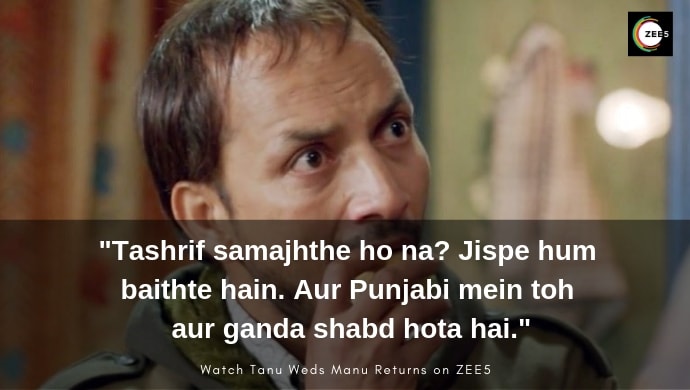 He never forgets to dole out tips you never asked for. It’s totally okay and free of cost though.

8. Because, English just left the building. 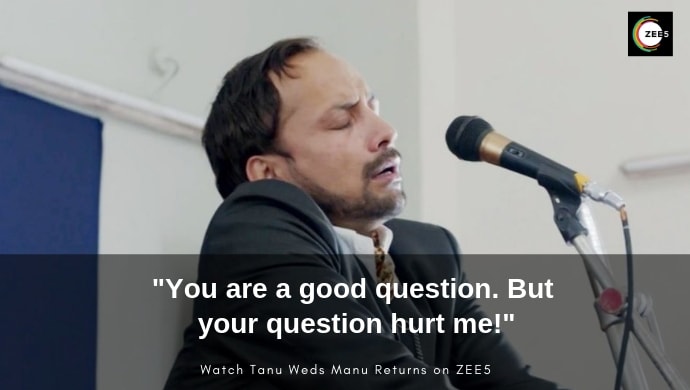 And English is a ‘pun’ny language.

9. A stitch in time saves from Raja Awasthi 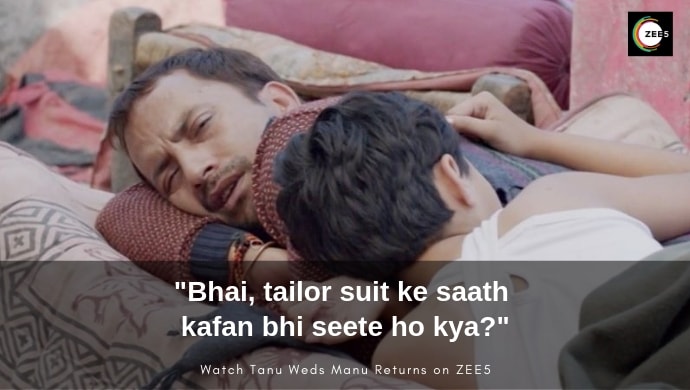 Death is inevitable. So is the wrath of Awasthi ji.

10. Sarcasm is Pappi ji's mother tongue and we bet he has no clue! 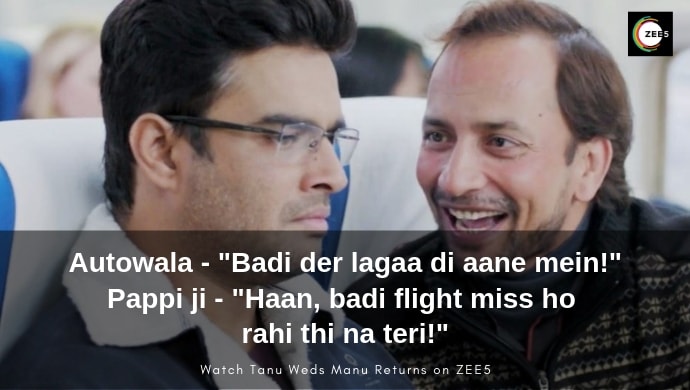 The next time you come across a rickshaw-wala trying to act over smart, you know what to say right?

11. Who says food combinations had no logic? 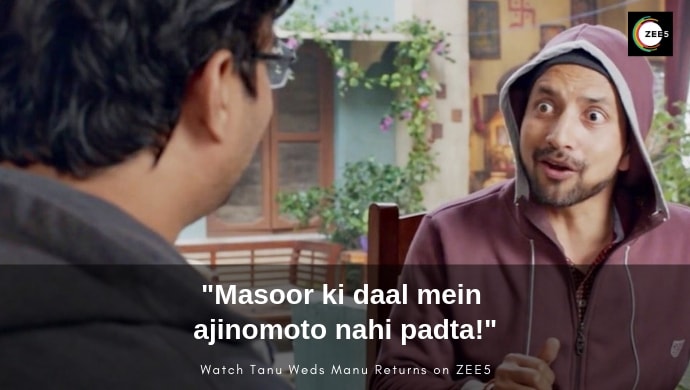 Pappi ji and his metaphors are simply KILLER. Period.

We bet after reading this lines you went, Aay haay Pappiji!