Tara Sharma tagged the wrong Abhishek Bachchan on Twitter and what followed was indeed EMBARRASSING! 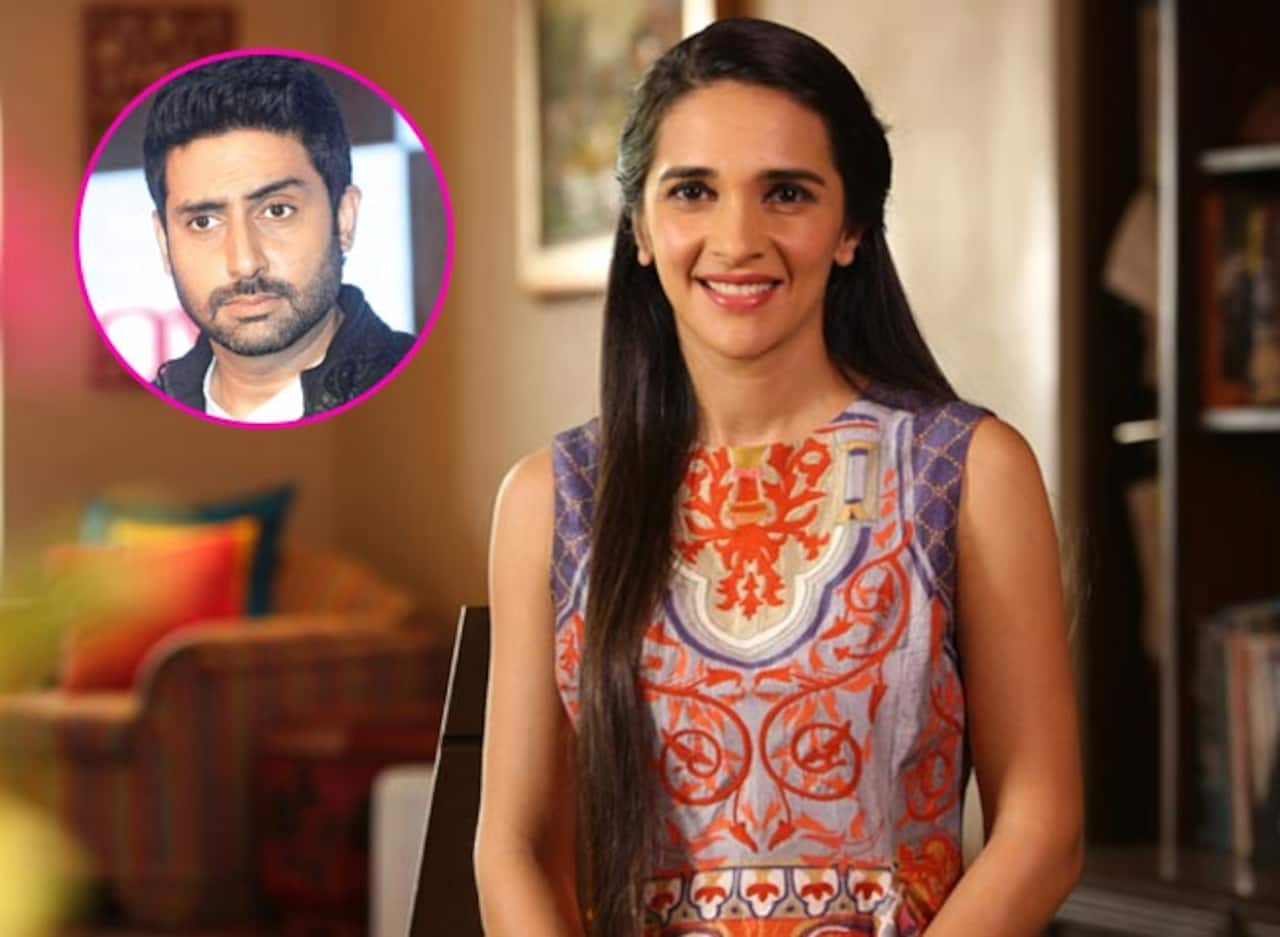 Tara Sharma just got trolled on Twitter and for all the right reasons. And let me tell you, the incident is both embarrassing and funny at the same time. Now, we all know that Abhishek Bachchan and Aishwarya Rai Bachchan's daughter Aaradhya turned a year older recently. At Aradhya's birthday bash, Tara Sharma too was present with her kids Zen and Kai and they seemed to have had a whale of a time there. Just when Tara took to Twitter to share how delighted she was to have had attended the party she accidentally tagged the wrong account. "@juniorbachchan and Ash thanks so much for a lovely party. We had a great time KZ didn't want to leave! Happpy Bday Lil Princess A," she tweeted. Little did she know she was tagging the parody account of Jr Bachchan. Yup, that's right! She tagged the parody account and got trolled for the same. The reply was rather sarcastic but she seemed to have totally ignored it. 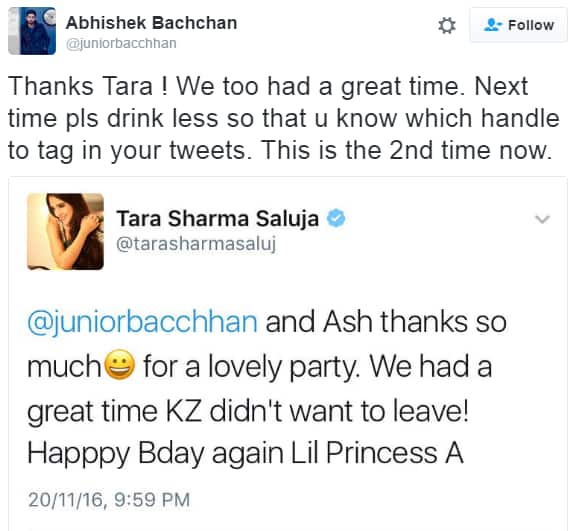 Ouch! Also Read - AK62: Vignesh Shivan out of Ajith Kumar film; THIS director likely to get on board

But no, that's not it. Also Read - Ponniyin Selvan 2 release date out: Aishwarya Rai Bachchan, Trisha Krishnan, Vikram to be back in Mani Ratnam magnum opus PS 2

After seemingly ignoring that comment, she did it AGAIN! She posted another tweeted saying, "Thanks so much for a fannntastic evenin...We had a great time @SrBachchan #Jayaji #ash @juniorbacchhan @earth2angel". This was followed by yet another sarky tweet by the guy who owns the parody account. (ALSO READ: Abhishek Bachchan crosses 10 million followers on Twitter on daughter Aaradhya’s birthday) 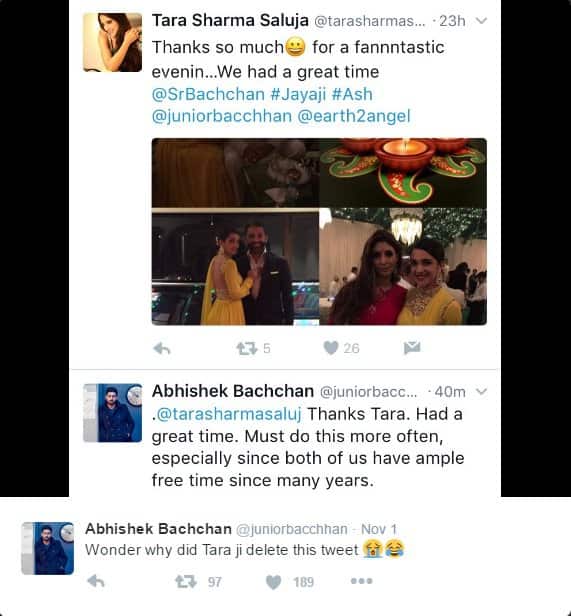 Wondering what happened after that? She FINALLY realised that she had tagged the wrong person and deleted the tweet soon..
Well, obviously! Afterall, that's a super embarrassing mistake! Next time before you hit the tweet button, just cross-check it once, Tara!
Stay tuned to BollywoodLife for the latest scoops and updates from Bollywood, Hollywood, South, TV and Web-Series.
Click to join us on Facebook, Twitter, Youtube and Instagram.
Also follow us on Facebook Messenger for latest updates.
Advertisement