It’s probably the most natural thing we’ve heard, seen and even experienced. Most people would claim that the first person they had a crush on was their teachers. They are the first people we look up to and admire, so something quite natural. We’d seen this before on Suvreen Guggal Topper of the Year when Mohit Malik’s character fell in love with his star student Suvreen played by Smriti Kalra. Also Read - These rain sequences of Shaheer Sheikh-Erica Fernandes, Gautam Rode-Jennifer Winget, Harshad Chopda-Anupriya Kapoor will make you crave for the monsoons

We’ve been observing that off late this track has been surfacing in two of the most popular youth shows – Kaisi Yeh Yaariyan and Warrior High. Frankly, we are glad that the makers are showcasing this very maturely. Also Read - Warrior High: Siddharth loses his position as head boy

Kaisi Yeh Yaariyan: Cabir (Ayaz Ahmed) falls in love with his music professor Raghav (Rushad Rana). Besides touching on a relationship that is often considered a taboo, the show also highlighted homosexual relationships. While they showcased the pure side of this teacher-student relationship, the makers are now focusing on another kind of teacher-student relationship, where the guru’s motives can be questioned. Pandit (Dishank Arora) has invested all his time to make Nandini (Niti Taylor) a renowned singer, but in the pretext of teaching her music, he seems to fulfill some other vested interests. Also Read - Warrior High: Fans vote Siyali and Siddharth as the cutest couple on the show 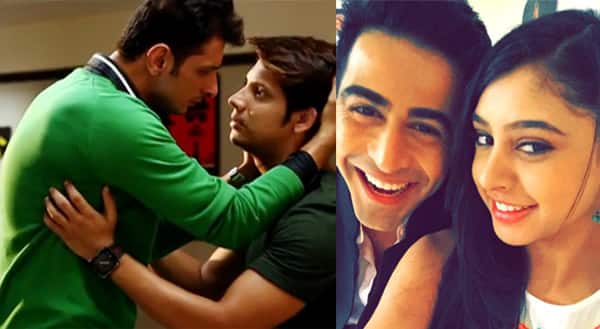 Warrior High: Parth (Laksh Lalwani) has a soft corner for his Literature professor – Vibha (Anupriya Kapoor), but this feeling is not one sided. Vibha also finds Parth special; they exchange looks, cover up for each other and always finds ways to help when the other person is in trouble. While they both wish to be within the norm set by the society about teach-student relationship, will they break free to explore it or not remains to be seen. In the meanwhile the Hindi professor Kamini Chitralekha (Meera Arveen) seems be a complete other example of such relationships. She is attracted towards Parth and doesn’t leave a single opportunity to feel him up when no one is watching her. It ruins the teacher-student relationship that most people give the highest regard to.

Frankly, the topic is rather sensitive and everyone has an opinion on it. So share your thought on this student-teacher relationships with us in the comment section below.