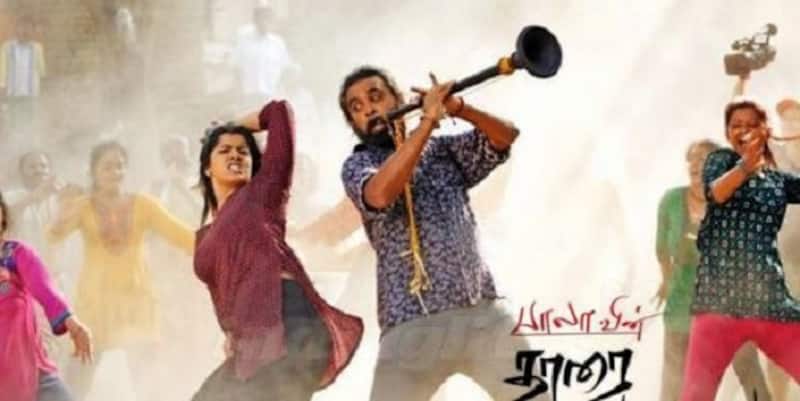 Kollywood's critically acclaimed director Bala is all set to give us yet another riveting movie. The first look teaser of Thaarai Thappattai, Bala's upcoming movie has been released. The film stars actor Sasikumar of Nadodigal fame as the hero and Varalaxmi Sarathkumar, daughter of Kollywood big shot actor Sarathkumar, as the female lead. Since it's a Bala film, one cannot really pit someone as hero as his movies are often dark and the characters are never black and white. Musical legend Ilaiyaraaja is composer for this film and it also happens to be his 1000th film as a composer. Also Read - Kriti Sanon, Amitabh Bachchan, Suriya and more celebs who were overwhelmed with Prabhas' hospitality

The film is based on Karakattam, a tamil rural folkdance which has a great tradition and is quite popular even today. The teaser depicts the movie is based in a rural area and covers the life of musicians and dancers involved in Karakattam. It also looks like the film may harbor a grounded sense of humor which is expected with Bala's films. Overall teaser gives an impression that director Bala will stick to his unique directing style without a lot of experimenting. Also Read - Vijay Deverakonda, Yash, Mahesh Babu and more popular South Indian actors' education qualification will leave you shocked

Bala is very well known for his unique style of story telling. His movies are often dark, twisted, disturbing and grounded in reality. He is also known for providing big breaks to tamil stars like Vikram in Sethu and Suriya in Nanda. Bala's latest directional venture Paradesi was also a resounding success. But the biggest success for the director has been Arya starrer Naan Kadavul for which the director won a national award. Also Read - Ponniyin Selvan I: Fans miss Aishwarya Rai Bachchan as Trisha Krishnan, Karthi, Vikram and others have a fun reunion

Looks like Tamil cinema fans are in for a treat this Pongal!