Thalapathy Vijay wraps up the shooting of AR Murugadoss' Sarkar

Sarkar will hit the screens during the Diwali weekend

The megastar of Kollywood - Thalapathy Vijay has finally wrapped up the shooting of his upcoming political thriller Sarkar. In the last few months, we saw the cast and crew were shooting in full-swing to complete the project on time and it seems that they have done that quite easily. Apparently, the actor has already started for the dubbing of the film. Bankrolled by Sun Pictures, Sarkar also stars Keerthy Suresh, Varalakshmi Sarathkumar, Radha Ravi, Pala. Karuppaiah and Yogi Babu in key roles. Also Read - Trending South News Today: Prabhas and Anushka Shetty join the list of 'Forever Desirable', Mahesh Babu and Kamal Haasan to come together for AR Murugadoss' next 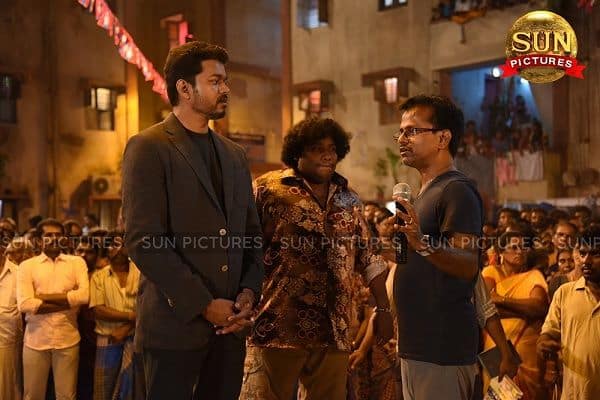 The makers have already shared the news that the audio launch of the film will happen on October 2 during Gandhi Jayanti, while the teaser of the film is expected to release on September 13 during the festive occasion of Ganesh Chaturthi. Talking about the film, the director had earlier said, “After Thupakki and Kaththi, we wanted to give something new and better to the audience, and hence we came up with this film called Sarkar.”

After Sarkar, Thalapathy Vijay to reunite with his Theri and Mersal director Atlee?

Talking about the role of Vijay, the character of him is somewhat similar to Google CEO’s Sundar Pichai, who is a tech-executive in America. He comes back to Tamil Nadu to enter politics. The film will address lots of social problems in Tamil Nadu and the climax will be the highlight of the film. The political thriller will have a lot of twists and turns and will keep you glued to your seat. The music of the film is composed by Academy Award winner AR Rahman. The film is set to hit the screens during the Diwali weekend. Reportedly, Vijay will soon start his next project with Mersal and Theri director Atlee, which is most likely to bankrolled by AGS productions. So are you waiting for the teaser of Sarkar? Tweet to us @Bollywood_Life.