'Thank you, but no,' that's Sanjay Dutt's daughter Trishala's answer to anyone offering her a Bollywood film

Sanjay Dutt had once said famously, "I’ve invested a lot of time and energy to put her in a good college and she has done very well. She has specialised in forensic science... And I think that’s the great thing to do. Even if she wants to join the industry, she has to learn Hindi because American (English) will not work here. It is not easy to be an actor. It looks easy but it is quite difficult. If Trishala wanted to be an actress and I wanted to break her legs." He was speaking to IANS while promoting Bhoomi where he played a father to Aditi Rao Hydari. Clearly, Sanjay is averse to the idea of Trishala joining Bollywood and it seems, his daughter seconds it. She recently revealed on Instagram she has no interest in debuting in films.

These days Mark Zuckerberg's masterstroke 'Ask me anything' has taken Instagram users by storm. We were just waiting for celebs to join the race as well. After Sonam and Mira Kapoor, Trishala too went on a 'Let's give this a try' mode. It's only obvious that she would be asked about her debut in Bollywood and hordes of questions about Sanjay Dutt. So apart from a number of are you single queries, many asked her if she is interested in films. A firm NO is what came out of her every time. Also Read - Bigg Boss OTT WINNER Divya Agarwal celebrates her victory with beau Varun Sood and 'bhai' Rannvijay Singha – watch videos 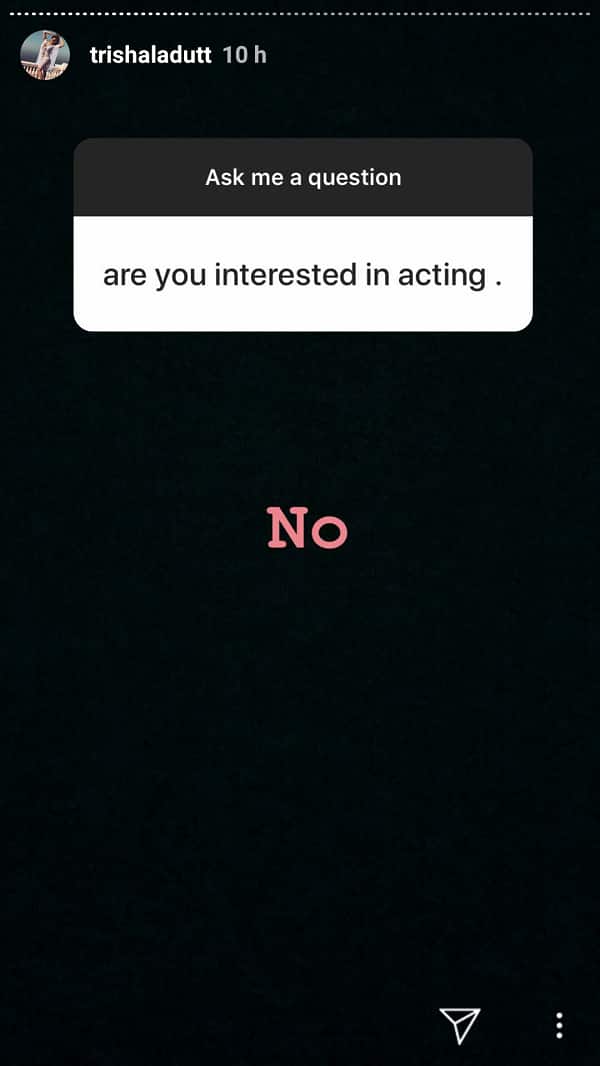 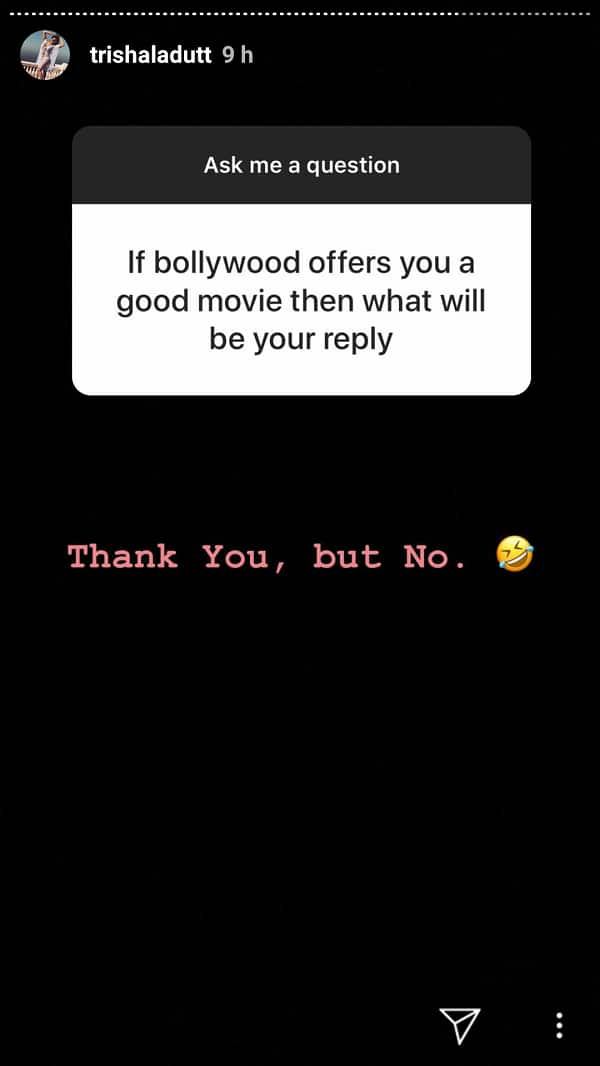 Also Read - 'Ghar basa le,' Aastha Chaudhary recalls how Sidharth Shukla reacted on learning about her roka in a conversation days before his demise 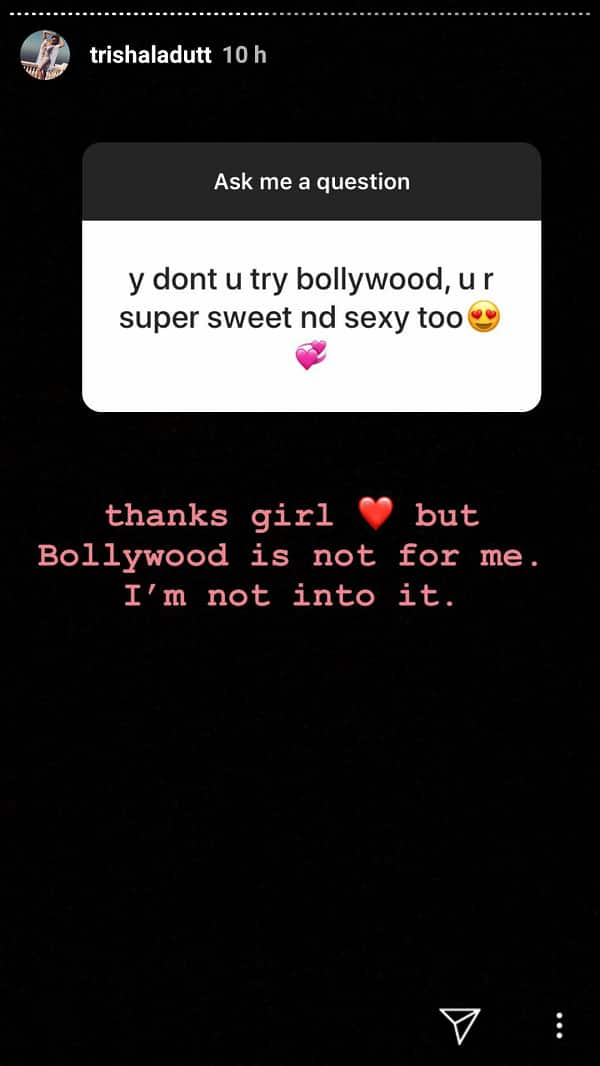 There were also many who asked how it was growing up without parents. She said... 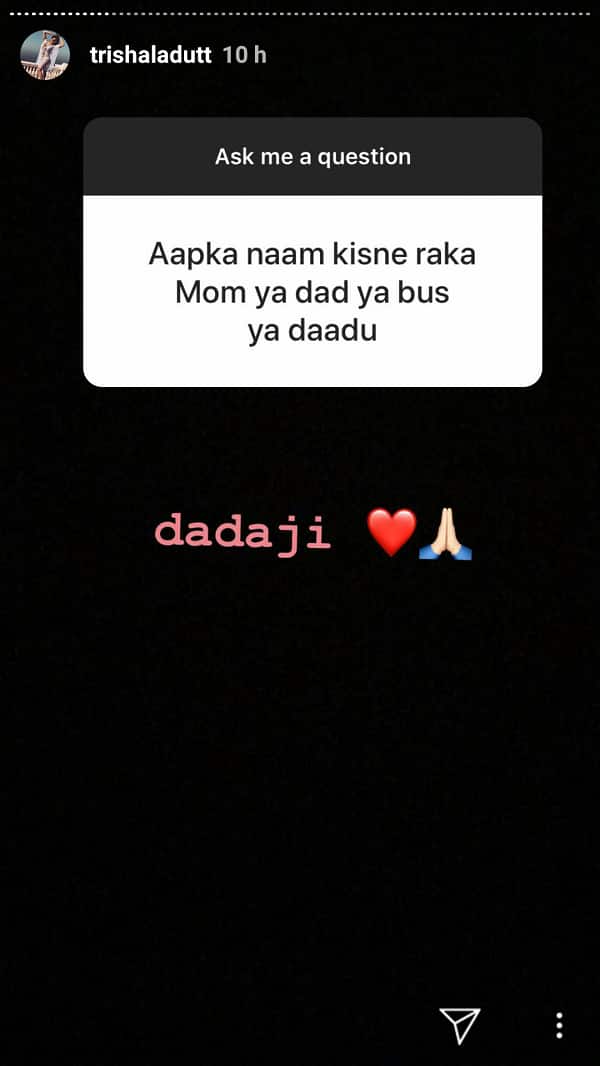 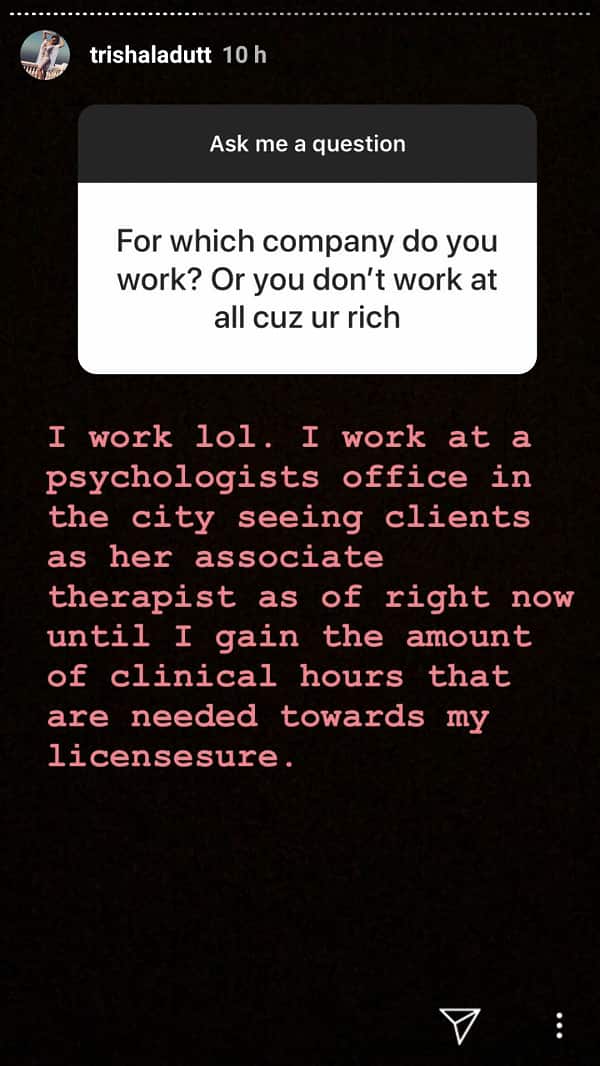 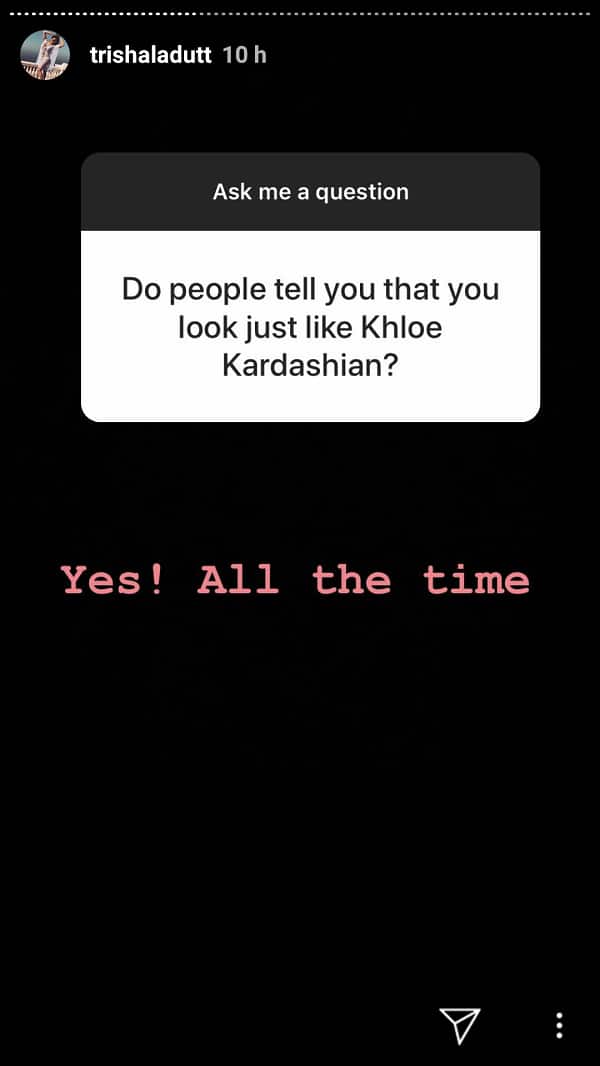 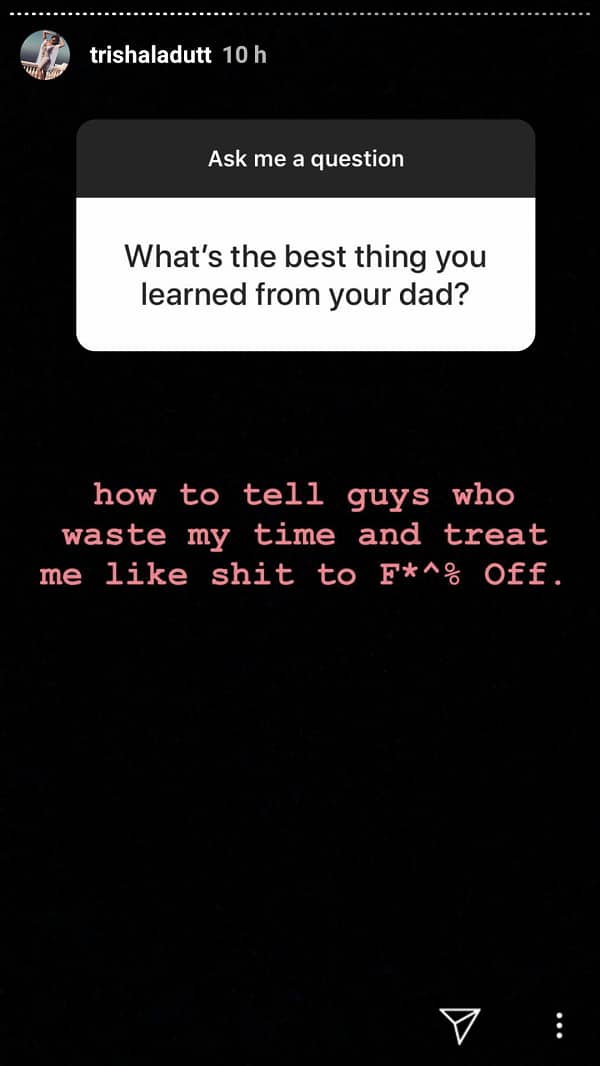 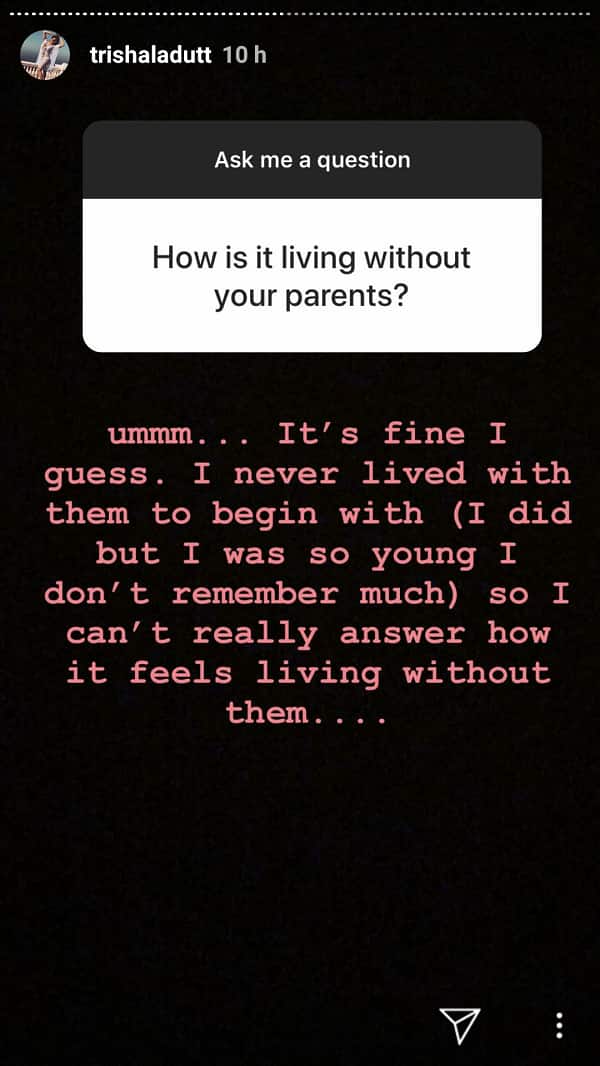 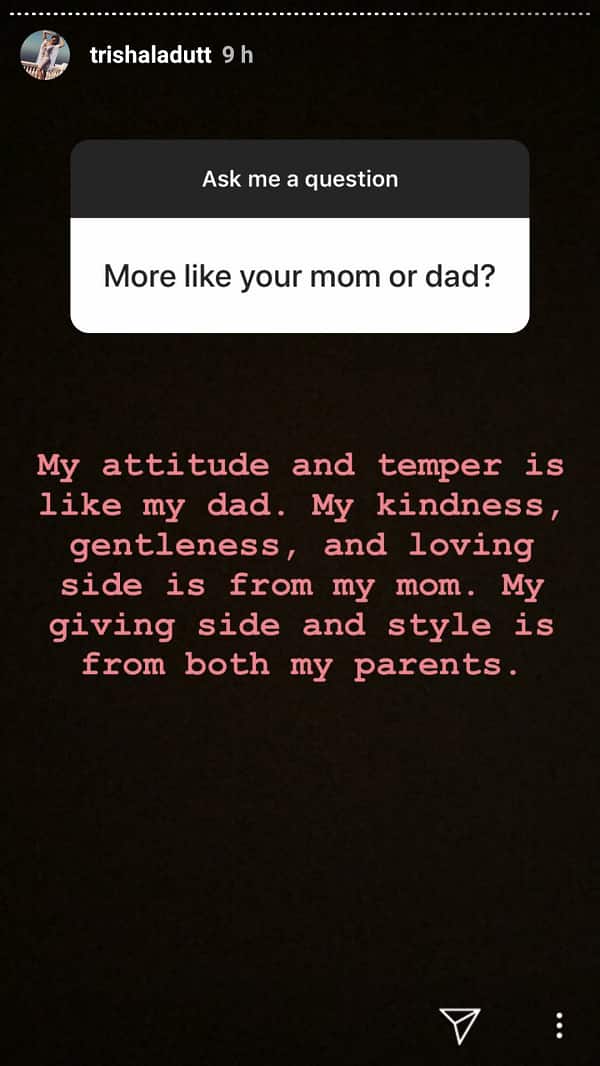 Trishala is just interested in getting a license to practice Psychology.