The Archies: Arjun Kapoor has THIS advice for sister Khushi Kapoor as she gears up for Bollywood debut

As Khushi Kapoor is all set to make her Bollywood debut with Zoya Akhtar's directorial The Archies along with Suhana Khan and Agastya Nanda, Arjun Kapoor has this advice for his sister. 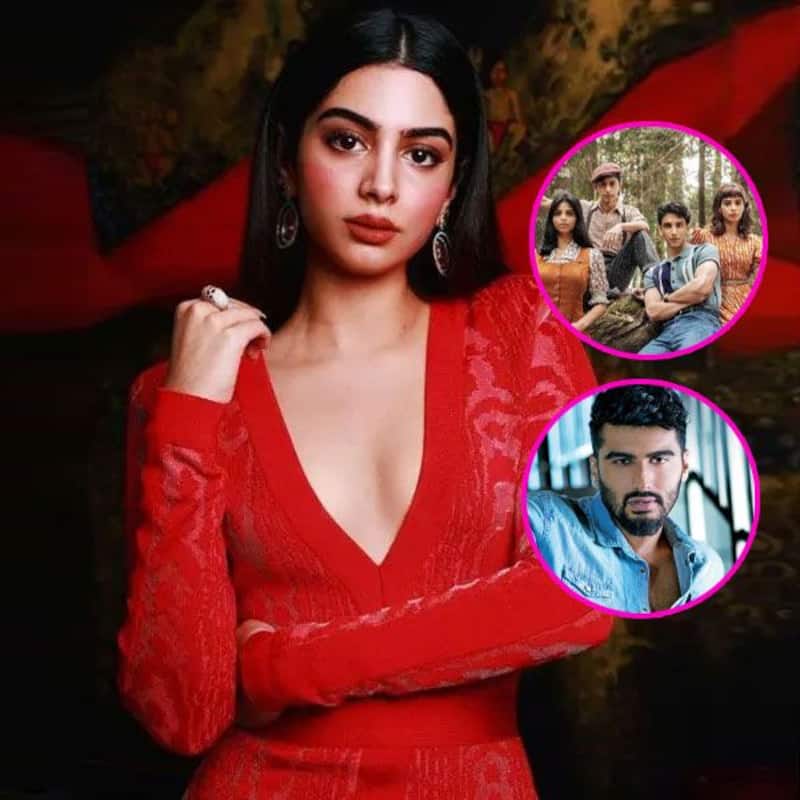 Arjun Kapoor is right now the favourite 'bhaiya' of Kapoor sisters Khushi Kapoor and Janhvi Kapoor. Their bond is something that everyone is in awe of. Arjun Kapoor is one protective and cool brother at the same time. While Janhvi has made her mark in Bollywood, little sister Khushi Kapoor too is all set to make her debut in the industry. Coming from a filmy Khandhaan, obviously, there will be a lot of one to advise on how to choose things wisely Recently in interaction with Pinkvilla, Arjun was asked about his advice to sister Khushi who is all set for her debut with Zoya Akhtar's directorial The Archies along with Suhana Khan and Agastya Nanda and other actors. Also Read - Karan Johar reveals his first honest reaction after he learnt about Alia Bhatt's pregnancy

Arjun said, "Suno sabki, Karo Apni (Listen to everyone, do what you think is right for you). There was a point when Janhvi was dabbling about whether she should do Gunjan Saxena or not for a bit. that's the same thing I told her, I said eventually it's not about whether this is the perfect second film or not, there is no perfect second film." Also Read - Trending TV News Today: Bigg Boss 16 contestants, Chhavi Mittal slams a troll, Pearl V Puri bags Ekta Kapoor's next and more

He further added, " Khushi's just started working, and Shanaya, whenever I've got a chance and she has asked me I do tell her to listen advising is very easy but you to follow his advice, like Harsh Vardhan Kapoor (Boney Kapoor's brother Anil Kapoor's son) has a mind of his own, he is following his heart and I am happy for them. He is cut from a different cloth. You listen to everyone but you do your own" Also Read - Ghum Hai Kisikey Pyaar Meiin cast salary: Ayesha Singh, Neil Bhatt, Aishwarya Sharma and other actors' pay per episode will leave you in shock

The first look of The Archies has been winning a lot of appreciation, while right now Suhana Khan, Khushi Kapoor, Agastya Nanda and other actors are in Otty to finish the shooting of the film that will release on Netflix.