Shah Rukh Khan shared a piece of advice for his daughter Suhana Khan on her acting debut after the first teaser of the Zoya Akhtar directorial The Archies was unveiled online. Aryan Khan too has given a loud shoutout to his baby sister on Instagram.

"And remember @suhanakhan2 you are never going to be perfect….but being yourself is the closest to that. Be kind and giving as an actor….the brickbats and applause is not yours to keep….the part of you that gets left behind on screen will always belong to you….u have come a long way baby….but the road to peoples heart is unending…..stride forth and make as many smile as you can. Now let there be Light….Camera and Action! Signed Another Actor," Shah Rukh Khan shared on Instagram. Also Read - AbRam Khan birthday special: UNSEEN pictures of the little one with Shah Rukh Khan, Suhana, Aryan and Gauri will melt your heart

Aryan Khan took to his Instagram stories to root for Suhana and wrote, "Best of love baby sister. Go kick some a** Teaser looks awesome. Everyone looks great. All of you will kill it." Also Read - From Deepika Padukone to Jacqueline Fernandez: 5 actors who showed having a dirty mind is a blessing in disguise 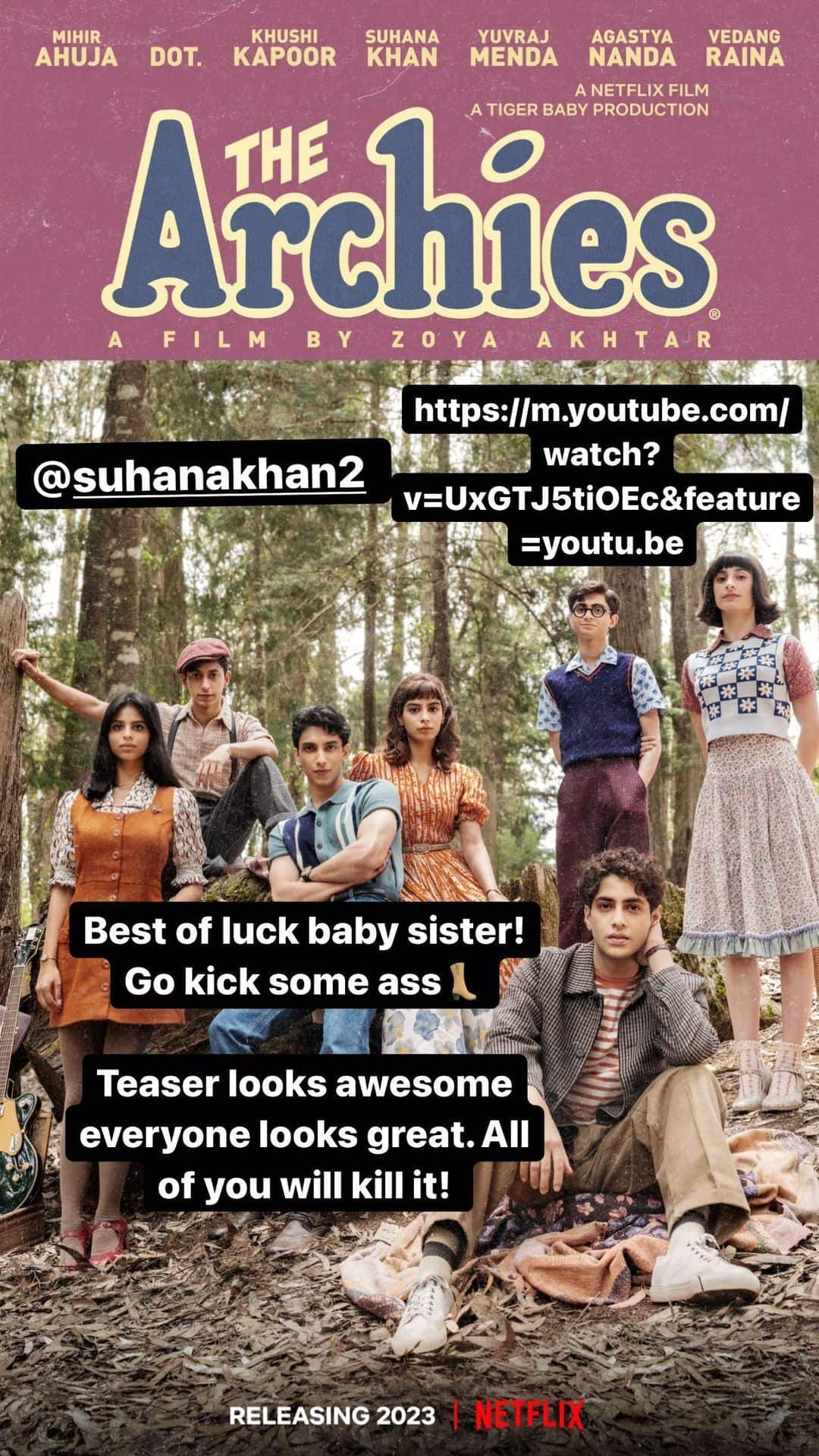 The Archies, produced by Zoya Akhtar and Reema Kagti's Tiger Baby Films, has been adapted from the famous comic series of the same name. It will feature the children of some of B-town's most widely known faces.

While it will star Shah Rukh Khan's daughter Suhana Khan in her debut role, the cast also includes Agastya Nanda, who's the grandson of Amitabh Bachchan and Jaya Bachchan, and the late actress Sridevi and Boney Kapoor's younger daughter Khushi Kapoor. In addition, the film will also star Mihir Ahuja, Dot, Yuvraj Menda, and Vedang Raina in key roles. The young actors will play the beloved characters from the hugely popular Archie Comics.

Set in the 1960s, The Archies is a musical drama that will premiere on Netflix. The streaming platform also shared a teaser announcing its cast on Saturday. It has the iconic gang of The Archies at the centre of it as it gears up to serve a musical experience bursting with youth, rebellion, friendships, first loves and everything young adult, it still promises to have something for every generation.