The Archies: Suhana Khan, Agastya Nanda, Khushi Kapoor's debut again reignites the nepotism debate in Bollywood, but this actor has something to say to trolls and haters 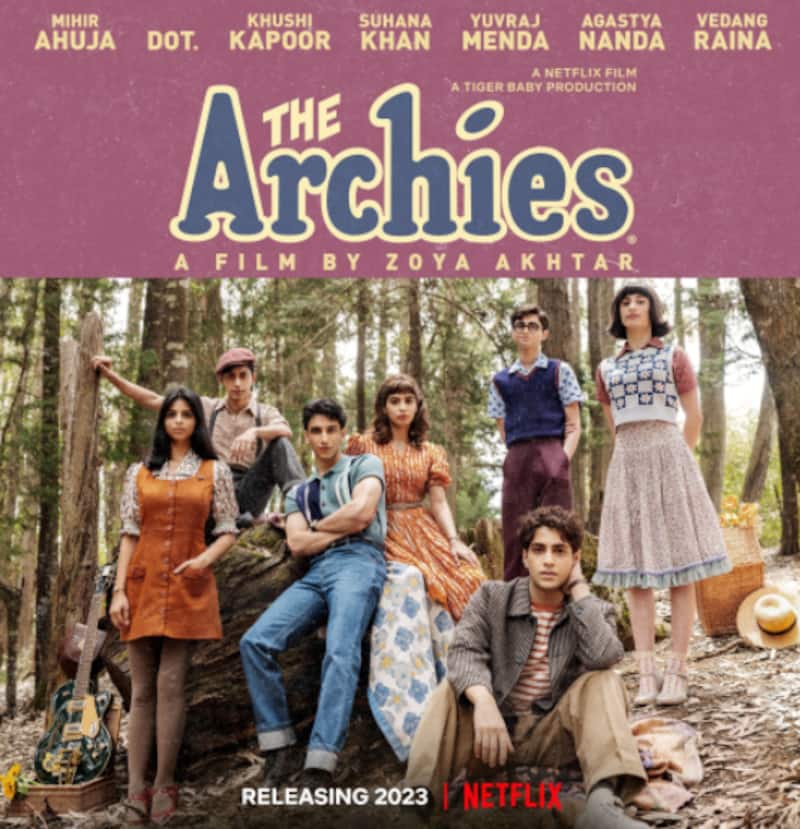 The Archies has again stirred up the nepotism debate. Suhana Khan, Agastya Nanda and Khushi Kapoor are being trolled on social media by haters. Many feel that Netflix has further affected its popularity by this move. Others have slammed the film for being too Western. They feel that Indians do not know so much about The Archies, and this is just for the elite. But the biggest trolling has been for the star kids who are being launched along with three to four other young fresh faces. Suhana Khan also got trolled for getting a launch on OTT despite being the daughter of a global superstar, Shah Rukh Khan. Also Read - Ponniyin Selvan: Aishwarya Rai Bachchan's look as Nandini gets a thumbs up; fans say, 'Role of a lifetime' [Read Tweets]

As we know, the #BoycottBollywood campaigners have shown support for South films. The interesting part is that stars of Tollywood films are also star kids. The audience in the South industry do not seem to care about whether the actor is a star kid or not. And nepotism does not seem to be an issue at least on social media. Of course, they are stars like Rajinikanth and Yash who have come up from scratch. Actor Gulshan Devaiah took to Twitter and wrote this, "Observation: Hindi film audiences will happily watch dubbed films of a second/third/fourth generation star kid & not have any nepotism ki khujli (at least on social media)" It is obvious that he is hinting at some of the big South films that have actors from established film families. Also Read - Nandini in Ponniyin Selvan, Paro in Devdas and more; Aishwarya Rai Bachchan's Royal avatars that prove she is the epitome of beauty

After reading this, here is what some people commented on his timeline... Also Read - Ranveer Singh's Birthday: Check out the most energetic Bollywood star's net worth and swanky cars list—watch the video

Twood families are pretty confusing. Every1 is related to some1 and it's difficult to keep up.Also they don't make it a huge deal about a star kid launch like they do in bwood. So most of the audience doesn't even know that a particular actor is a starkid. Hope that makes sense.

If you see all the latest hits from south, actors like
Ram charan
Jr NTR
Allu Arjun
Vijay thalapathy
all of them nepo kids in some sense!!

Atleast in south films not every actor's child wants to be an actor.. only the best are selected by the family and they act... and also wants south star kids flop they stop gettihg films and look after business not continue doing films..

The Archies is made by Reema Kagti and Zoya Akhtar. The film is coming out in 2023. Some have even trolled it like a Myntra ad. Shah Rukh Khan wrote, "

And remember @suhanakhan2 you are never going to be perfect….but being yourself is the closest to that. Be kind and giving as an actor….the brickbats and applause is not yours to keep….the part of you that gets left behind on screen will always belong to you….u have come a long way baby….but the road to peoples heart is unending…..stride forth and make as many smile as you can. Now let there be Light….Camera and Action! Signed Another Actor."