The celestial status of our stars 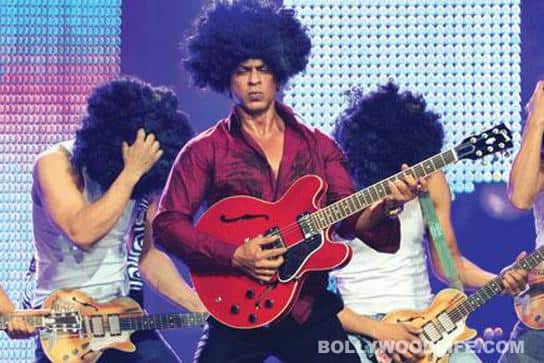 At the IIFA awards in Toronto, I saw again how crazy we are about our film stars. Is it this madness that keeps Bollywood from being flattened by Hollywood? Perhaps

I’ve always known that Indians suffer from a particularly virulent case of movie madness, but just how sick we are was made apparent last month when I went to the IIFA (International Indian Film Academy) awards in Toronto. The 12th edition of the IIFA marked its North American premiere. Clearly, neither the organisers nor the Royal Fairmont Hotel, where the Bollywood contingent was staying, had anticipated the unabashed love that local South Asians have for Hindi movies. Everyone veered between total hysteria and shell shock. Also Read - Dance With Me song: Salman Khan gets Shah Rukh Khan, Aamir Khan, Katrina Kaif and others to groove with him – watch

Hordes of fans stood outside the hotel entrance screaming as celebrities—even relatively minor ones—descended from their cars. I saw women with little babies jumping with enthusiasm. It’s the first time I’ve seen fans shout out the names of directors with such passion. Of course, there was much comedy too—at one point, a girl on the street stopped Raju Hirani with much gushing and then asked what his name was. To which, keeping a straight face, Raju replied: “Madhavan”. Also Read - Hrithik Roshan to join Shah Rukh Khan and Salman Khan in YRF's Spy Universe? Here's latest scoop

The highlight was the final awards night held at the gigantic Rogers Centre. Hundreds lined the streets to watch cars with stars crawl to the entrance. Estimates of the crowd inside ranged from 22,000 to 25,000. The ceremony itself was long and predictably cheesy, but the crowd couldn’t get enough of it— the screaming and shouting didn’t stop until 4am. At one point, a fan—a sober-looking man—couldn’t contain himself. He rushed past security to the stage, grabbed Shah Rukh Khan’s feet and prostrated himself before his idol. I thought it was part of the script, but then security hauled him off stage. Later, Shah Rukh said he had a moment of panic because he thought he was going to topple off. Also Read - Kapil Sharma once gatecrashed Shah Rukh Khan's house party at 3 am in 'nikkar'; you'll be surprised to know how Gauri Khan reacted

What makes us such frenzied fans? Hollywood stars are much, much bigger—in terms of box office, global reach, media space—but none enjoys the celestial status of Indian stars. You recall the frantic penances performed by Amitabh Bachchan fans when the star was hospitalised in 2005—two men actually walked to Mumbai from Haryana with urns of Ganga jal (water). Or, the hysteria that greets each Rajinikanth release? And if you care for a flashback—the madness generated by Rajesh Khanna in the late 1960s and early 1970s (folklore has it that he routinely received letters written in blood and fans used to cover his car with kisses and lipstick marks). What accounts for this behaviour?

Film historian and documentary filmmaker Nasreen Munni Kabir has this take: India’s first filmmaker, Dhundiraj Govind Phalke, came from a family of priests and our earliest films were mythological, historical or dramas based on religious texts. Since then, film stars have played larger-than-life roles (in traditional Hindi films at least), and thus, arouse such intense devotion. Professor Rachel Dwyer, author of Filming the Gods: Religion and Indian Cinema, holds that Hinduism is particularly suited to generate intense attachment to stars because ‘there is no problem worshipping people in Hinduism’. Sociologists attribute it to the 24/7 celebrity coverage that saturates Indian television. In a 2007 article in The Telegraph, Ashis Nandy said: ‘The star propaganda machinery in tandem with technology—television or Internet—creates a kind of artificial obsession.’

All of which is true, but I also think that Bollywood fans possess a unique, homegrown sense of ownership and familiarity with stars. They function as both deity and family member. In a recent interview, Shah Rukh said to me that the star system is the reason Bollywood exists. Without stars, he believes, we would have been flattened by Hollywood, like other film industries across the globe. Perhaps. More power then, to our stars and their fans.