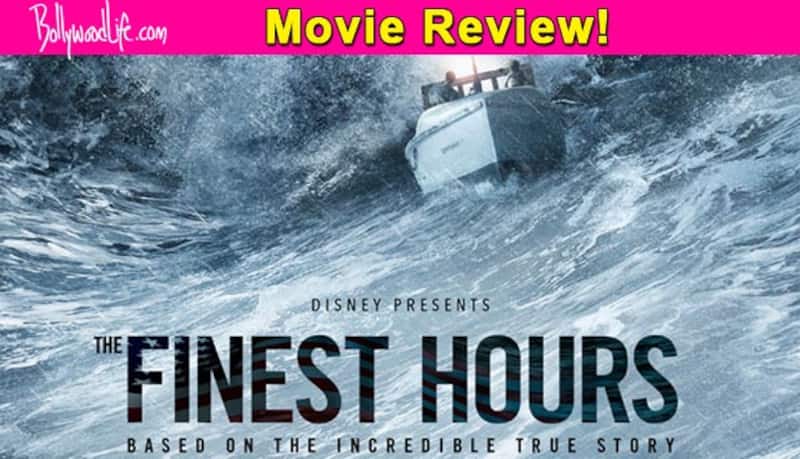 The film is directed by Craig Gillespie and produced by Walt Disney Pictures.

I have a soft corner for films when one person or party is trapped, and the other goes to great lengths to rescue them. In this dog-eat-dog world, such tales are needed to show goodness still survives in our hearts, which comes out in the worst of the situations. This week's Hollywood release is one such film. Let's see if it justifies my belief in the genre... Also Read - From The Hunt for Red October to Patriot Games – revisiting the finest films based on Tom Clancy’s books

The film is based on a real life incident, what can be said as the greatest small boat rescue in the history of US Coast Guard. Also Read - Avengers' stars defend Chris Pratt after he's called 'worst Chris'; Twitter users call them out for remaining silent when Brie Larson was harassed

The year was 1952. Bernie Webber (Chris Pine), a meek crewman at the Coast Guard of Chatham, Massachusetts, meets and falls in love with Miriam (Holliday Grainger), and soon gets engaged to her. In the meantime, a huge storm hits the coastal area, putting the ships on the seas at risk. The worst victim happened to be oil tanker SS Peddleton, which gets torn into half, killing many of its crew. The remaining crew on the surviving half rallies around the ship's chief engineer, Ray Sylbert (Casey Affleck), some of them albeit reluctantly. At the shore, the Coast Guard gets their distress call, however no one is willing to rescue them due to the treacherous weather. Chief Officer Cluff (Eric Bana) assigns Bernie to the suicidal mission to save the survivors, and asks him to pick up a team of four. Braving a weather that will not bow to anyone and an ocean that's a master of its own, Bernie and his crew is determined to save stranded members of the ship, come hail or wind. Whether they do it or not is what the tale is about...but if you have read about the real incident, you know how it will end!

Though the film takes its own sweet time to come alive, once the rescue mission starts, you can't get your eyes off the screen. Any scene that is set on the stranded ship, as well as on the rescue boat are quite thrilling and sometimes, even scary. Particularly, those scenes when Bernie's little boat crashes against those gigantic waves are deftly filmed, and might invoke the memories of another disaster drama, the very underrated George Clooney - Mark Wahlberg flick, The Perfect Storm. Even the concluding portions are touching and could bring in a tear or a smile to your face. Another aspect to look out for is the fluid cinematography, especially in the storm portions. The special effects are also good, but we can say, we have seen better CGI in some recent films.

The lead actors have lend in commendable performances. The usually dashing Chris Pine is cast against type as the meek but daring crewman, and he delivers fine. He gets brilliant support in Ben Foster, who plays one of his experienced team members. Casey Affleck is also fantastic as the adhoc captain of the stranded ship, who remains strong and composed even in the eye of the storm. And I have found a new desktop wallpaper in Holliday Grainger - she is damn pretty, and also excels in tugging your heart, especially in the last few scenes.

Like I said before, the film has quite a sluggish start, before it takes us for the big ride. The love story of Bernie and Miriam looks half-baked, and could make you feel disinterested in the proceedings, during the initial portions. Sure, Miriam plays an important part of being Bernie's emotional anchor, but there could have been a better way to develop their track. I don't understand what grudge Hollywood holds against an actor of high calibre such as Eric Bana (Munich, Troy). He has played some thankless roles in the recent past, and here too he is wasted in an inconsequential role. We really don't know much about his character, whether he is a heroic commander or just plain dumb. Also, sorry to say, the 3D portions suck!