The Immortal Ashwatthama: Vicky Kaushal and Samantha Ruth Prabhu's film back on track after the actor manifested it on KWK7 couch

On Koffee With Karan 7, Vicky Kaushal had revealed he was heartbroken when The Immortal Ashwatthama was shelved. But it looks like the makers have finally found a way to revive the film with Vicky, director Aditya Dhar and Samantha Ruth Prabhu in the lead. 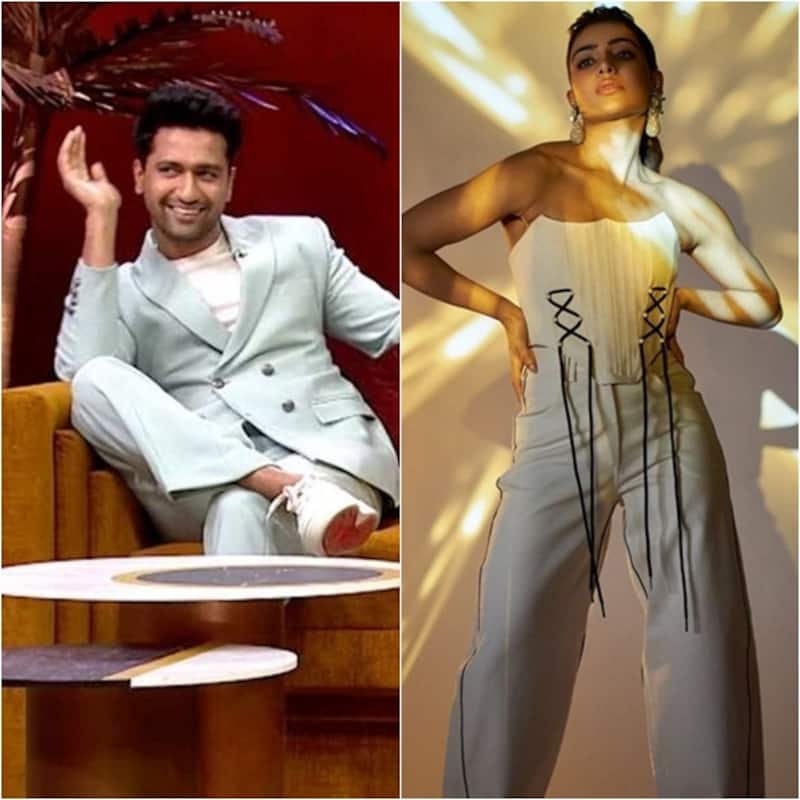 After the massive success of Uri: The Surgical Strike, Vicky Kaushal and director Aditya Dhar were supposed to reunite in their upcoming project The Immortal Ashwatthama. However, the film went on back-burner. On Koffee With Karan 7, Vicky had said that he was heartbroken after the makers pulled the plug after two years of prep. But Vicky can now rejoice and start prepping again as the latest reports suggest that The Immortal Ashwatthama is being revived with Samantha Ruth Prabhu in the lead. Also Read - IMDb Most Popular Indian Stars of 2022: Dhanush tops the list, followed by Alia Bhatt, Aishwarya Rai Bachchan and Samantha Ruth Prabhu

According to Pinkvilla, there were issues regarding the film's budget and casting front but the makers have now found a way to take it forward. The film will reportedly go on floors next summer. It is being said that The Immortal Ashwatthama will be a two-part film and the makers will try to wrap up the entire shoot in one go. Also Read - Trending south news today: Samantha Ruth Prabhu starrer Yashoda to stream on OTT; Vijay reacts to box office clash with Ajith Kumar and more

The report also suggested that there was never a chance for Aditya to go ahead with the project without Vicky Kaushal. The director seems to have worked hard on sourcing material over the last 3 years and he may look at taking things to the next level. The producers are also seem to be quite impressed with the director's storyboard on visual front. Also Read - Yashoda: Samantha Ruth Prabhu starrer to stream on THIS OTT platform from THIS date

“It’s a film that can change the tide for Hindi cinema. Aditya wants to introduce the Immortal Ashwatthama from Mahabharata in a superhero format, and believes that his story can cross national boundaries too. He is all excited and is finally and actually set to take the film on floors by next summer,” the source was quoted as saying by the entertainment portal.

Last year, Vicky had taken to social media to announce his superhero film with Aditya Dhar. He had also shared a couple of posters of the new film, titled The Immortal Ashwatthama, along with the announcement.

"Overwhelmed and ecstatic! On the 2nd anniversary of �URI-The Surgical Strike', the team gives you a glimpse into the world of #TheImmortalAshwatthama Cannot wait to get onto this journey with the dream team of @adityadharfilms #RonnieScrewvala @rsvpmovies @soniyeah22," Vicky posted on Instagram along with two posters that have a touch of mythology and modernity," read his post.

In Mahabharat, Ashwatthama was the son of guru Dronacharya, the weapon instructor of the Pandavas and the Kauravas, and the final commander-in-chief of the Kauravas in the Kurukshetra War. According to the epic, he was cursed to becoming Chiranjivi, or immortal, by Krishna.

Meanwhile, Vicky has an exciting line-up for films such as Govinda Naam Mera, Great Indian Family and Sam Manekshaw.